SuperMommy’s Review of Dr. Seuss’ The Cat In The Hat at the DBS Arts Centre 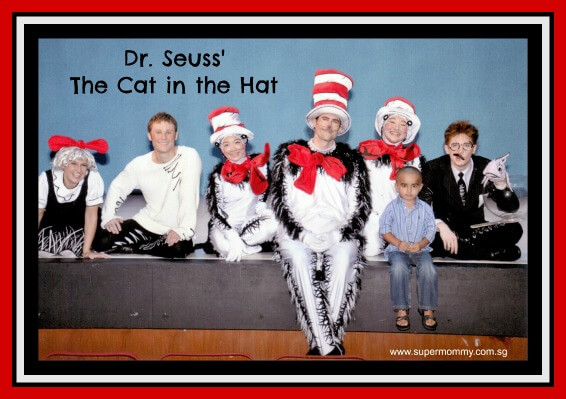 When I heard The Cat In The Hat play was coming to Singapore, I just had to purchase tickets for my son who owns at least 20+ Dr.  Seuss books.  Since we don’t watch much TV at our house, theatre productions are a great way to bring these books to life for him.

My 3 ½ year old son absolutely loved watching The Cat in The Hat live on stage. Since we have the book at home, he knew the whole story and was pointing things out to me – “that’s Sally and her brother”.  “Look at Thing 1 and Thing 2 – they are so crazy.” In fact there were times I was trying to talk to him during the show and he just gave me this look and was probably thinking – “be quiet mommy I am trying to listen.”  This is really surprising for my hyper-active child!

Would SuperMommy recommend The Cat and the Hat? 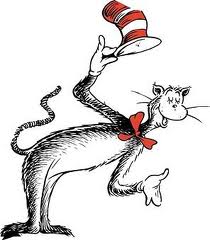 Yes, I was actually quite impressed with this production.  We had recently seen “The Owl Who Was Afraid of The Dark” and that was nowhere near the quality of entertainment as The Cat and the Hat by Britain’s National Theatre (reproduced by SRT’s Little Company in Singapore).

The play followed the book exactly, so it was really great to see it acted out on stage.  It was action packed and chaotic, just like the book.  I am sure Dr. Seuss fans would love it.  Also, since we bought tickets super early, we got to meet and take a picture with the cast which was a nice addition to our theatre experience.

My only criticism was that the show was too short (and the tickets were not exactly cheap). It was supposed to last 40 minutes, but it was actually only 33 minutes. In the future they should have combined two stories together (maybe with “The Cat in The Hat Comes Back”). 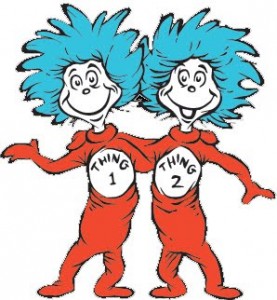 Make sure your child is ready to watch a live stage show.  The show is recommended for 2 year olds and above.  However my son’s little friend (also 3 ½ years old) was really scared of the Cat because of his enormous size (he was extremely tall and towered over the other actors).   She had to leave the show after only 5 mins because she started crying and refused to sit and watch. Having the characters in their favorite stories come to life can be scary for some kids, so be careful.

The Cat in The Hat will be at the DBS Arts Centre in Singapore until September 30th and last I checked there are still a few seats available through Sistic.

Extra “Super” Note:  The production of “The Snail and the Whale” by Julia Donaldson (another one of our favorite authors) is coming to Singapore in October.  We already have our tickets – I will keep you posted.