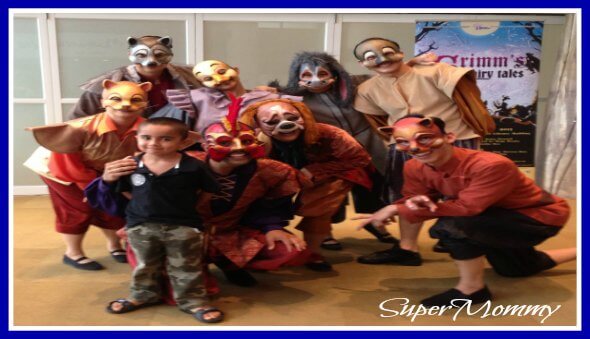 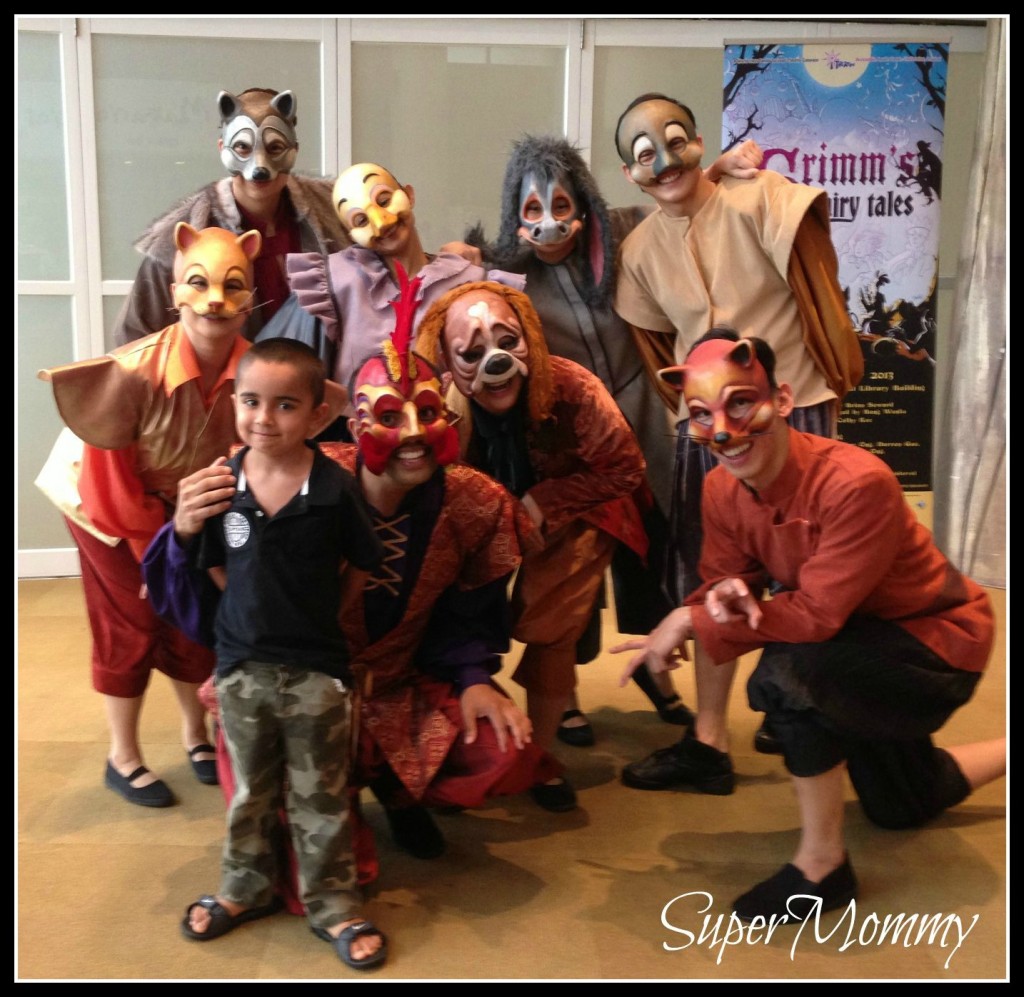 I was a little skeptical when I first heard about 9 stories in one – how could one production actually pull this off and do justice to each of the stories? I was actually pleasantly surprised and quite entertained with all the colorful characters and song, puppetry and theatre. There were many different costumes, stage settings and props that were used. The stories were very easy to follow along and great for both younger kids (ages 4) and older. The show was 90 minutes long with a 15 minute intermission. Although that sounds like a long time, the stories were all quick and engaging, so the time passed quite quickly.

The Grimm’s Fairy Tales consists of 9 classic tales, most of which most of us already know –

Story 1: The Musicians of Bremen 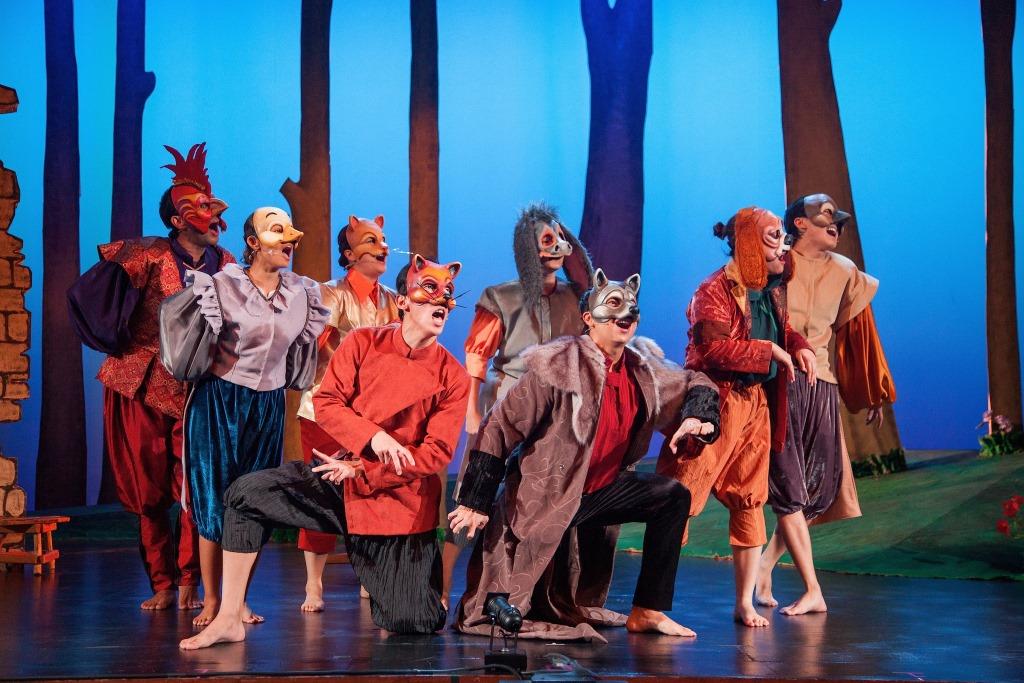 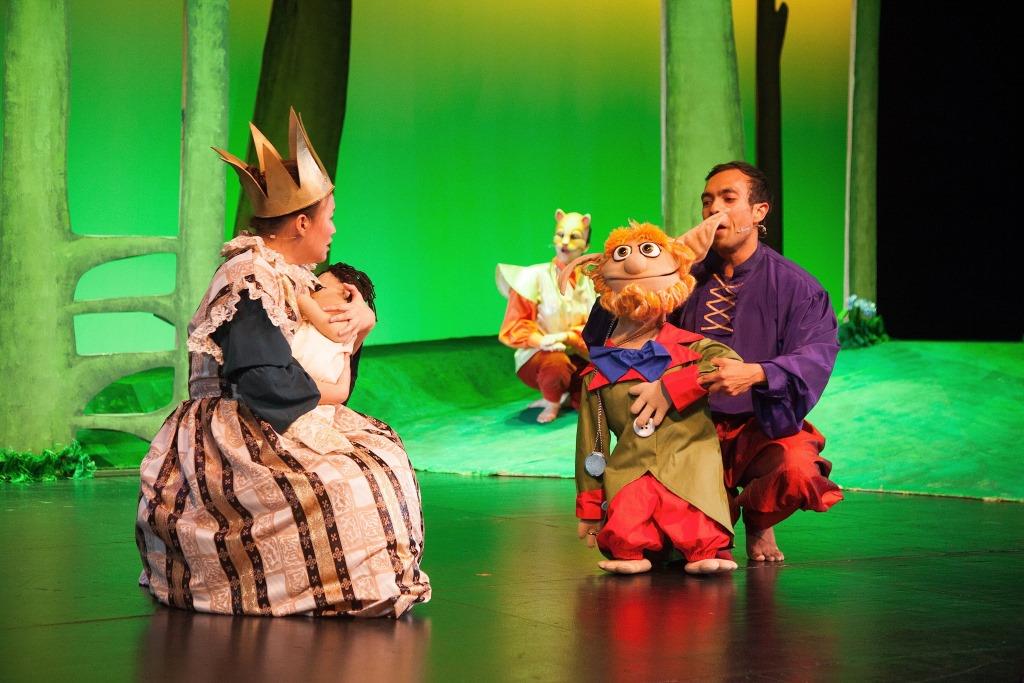 Story 5: The Fox and the Geese 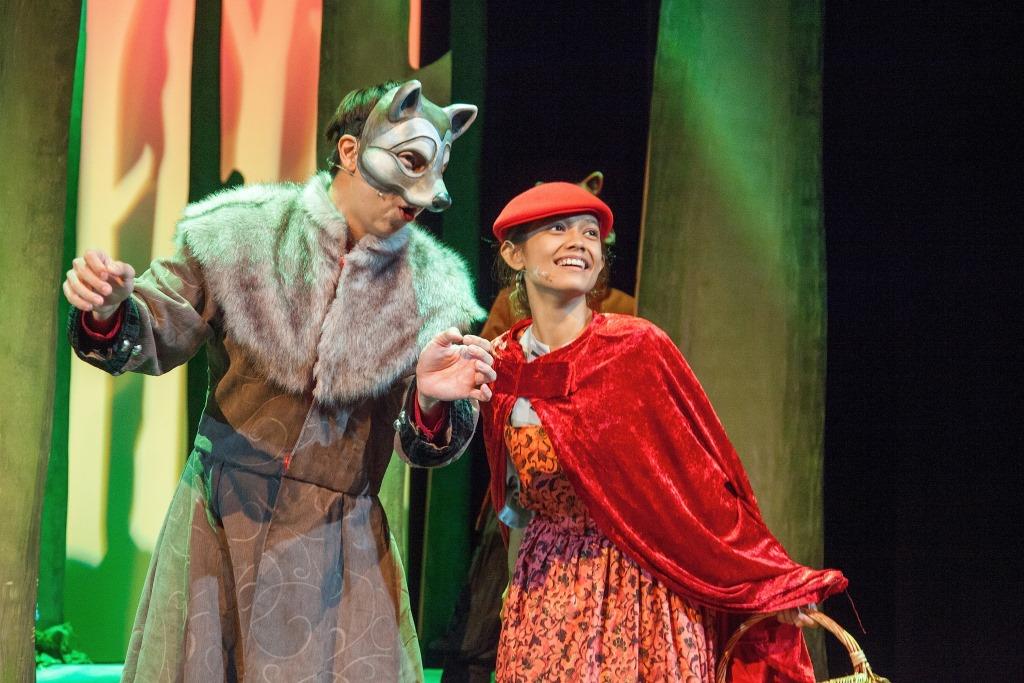 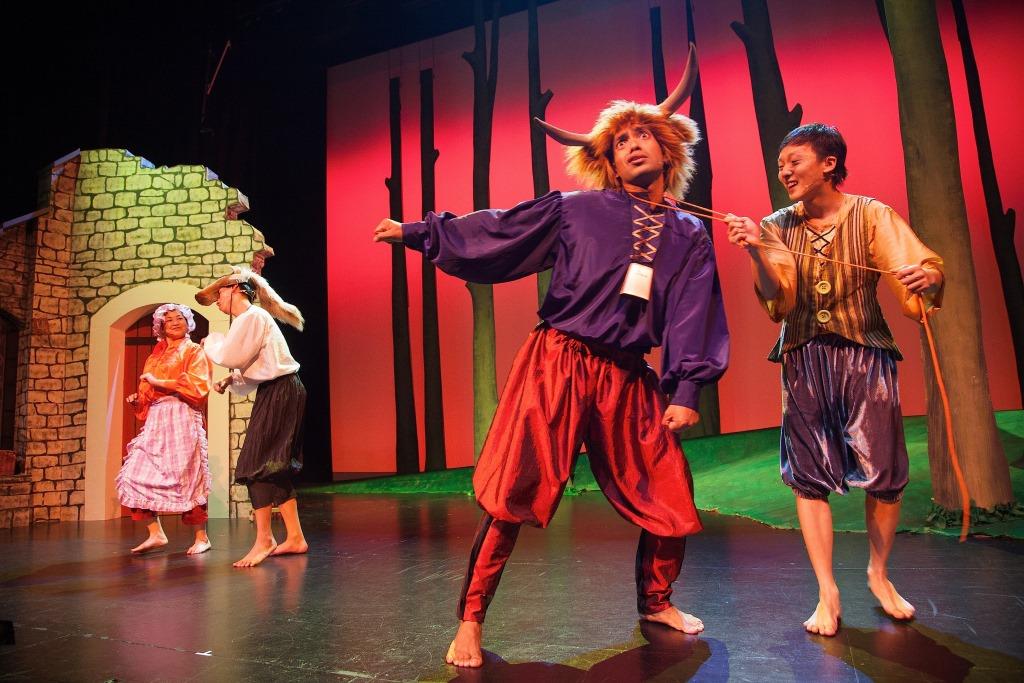 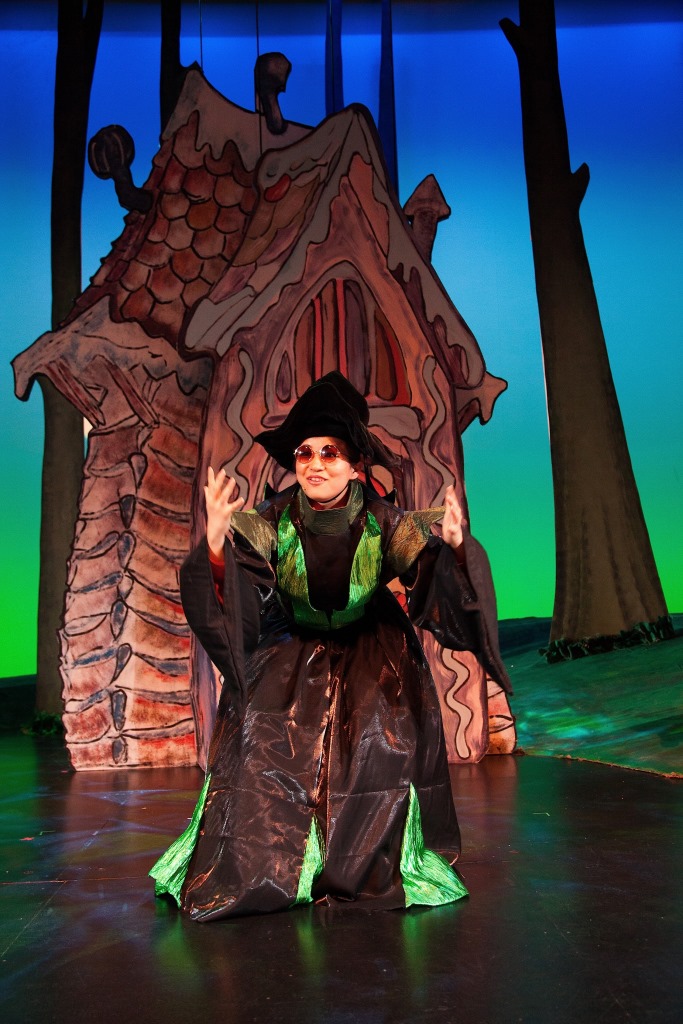 Each short story ranged from 5-15 minutes. The Musicians of Bremen and their animal friends acted as the narrators to guide the audience from story to story. The overall theme was to explain how “animals” came to control the forest and how most humans were not that smart or kind. 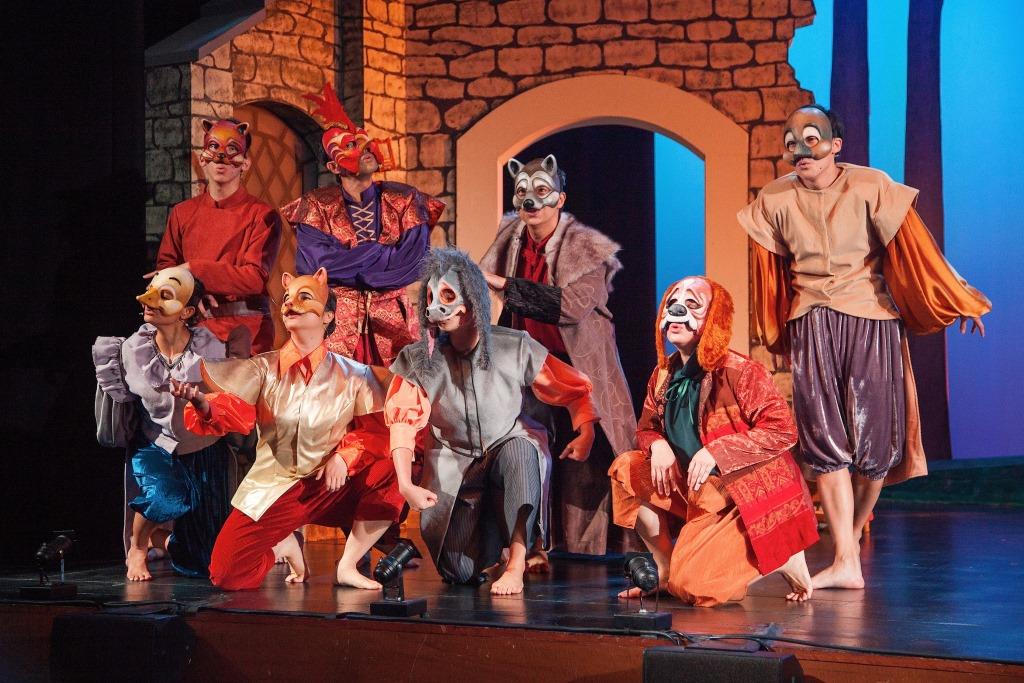 SuperMommy’s Opinion: This was the first time that we have ever been to a 90 minute long theatre production. You definitely get your money’s worth with this show. Throughout the production I kept asking my son if he was having fun. My son loved the show! He said it was he favorite one so far. He especially liked the fact that there were so many different short stories. It was easy to keep his attention span and keep him entertained.

Overall I thought the show was great! If you can only see 1 theatre production this year I would recommend you see the Grimm’s Fairy Tales, because it is a bunch of small stories in one. You really do get to see more than one show. We actually have tickets to see Little Red Riding Hood at the DBS Theatre next month and now I wish I didn’t buy them since we already saw the 10 minute version of Little Red Cap – which was more than enough for my son. When I told my son we were going for the show in December he responded, “Why Mommy? I just saw Little Red Riding Hood on Saturday.” Oh well, at least next year I won’t make the same mistake.

Some Tips: I recommend reading the 9 stories to your child if you get the chance before going to the show (I wish I had done the same). The stories are easily found on the Internet.  Before you book tickets, make sure your child is ready for a live stage show. I would not recommend the Grimm’s Fairy Tales for younger children, or for kids that scare easily. The show does have a wolf and some other potentially scary characters (although my son liked those characters the best – go figure). Although they have a small concessions stand at the entrance of the Drama Centre Theatre, you should bring some snacks for the intermission because the choices are limited and costly at the theatre. Also, dress for cold weather – it is freezing inside!

Useful Info: The show is playing at the Drama Centre Theatre (National Library) in Singapore until November 17, 2013 and can be purchased on the Sistic Website.

Hope you enjoy the show!