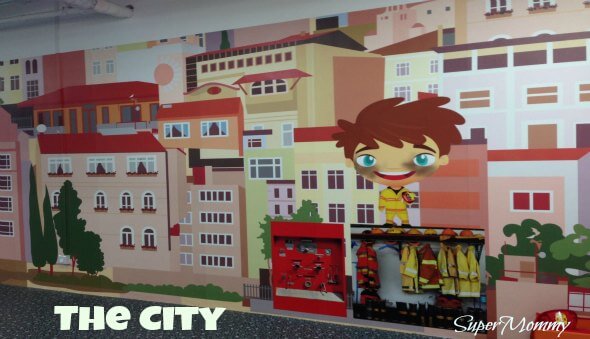 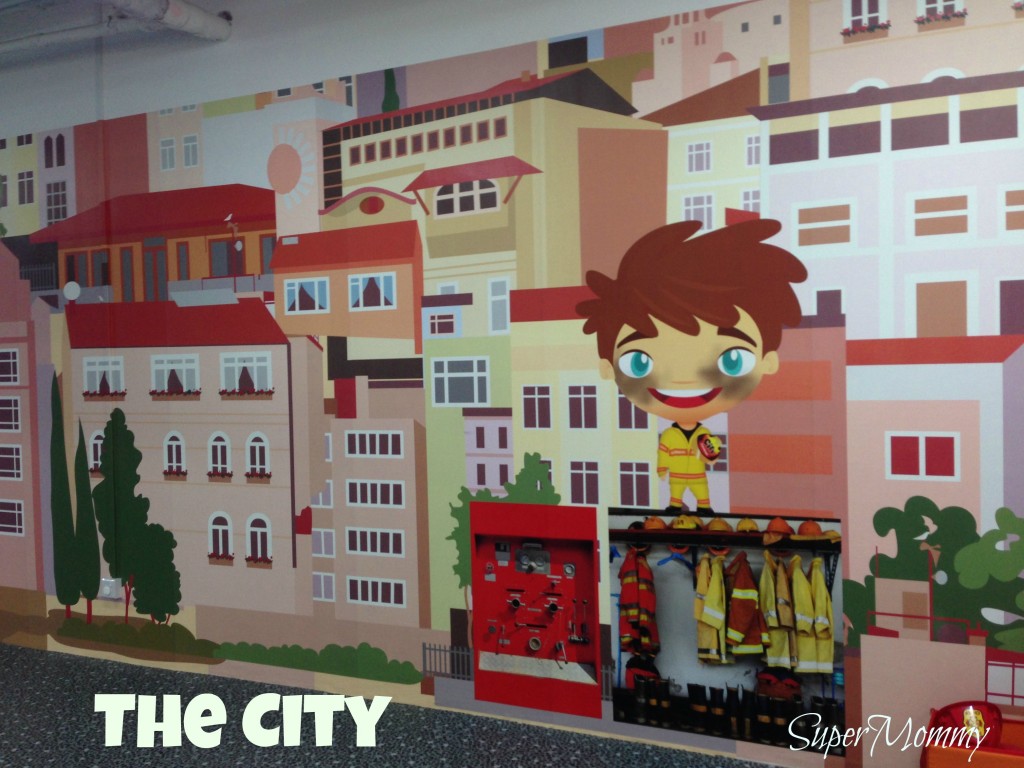 The City is a new kid’s indoor play area in Liang Court (Singapore). The main concept behind The City is “role playing” and “pretend”. The City was designed and decorated to resemble a mini-city where kids can take charge. The concept is similar to the Kidzania theme park which is planned to open in Sentosa in 2014.

Since The City just opened in mid-December, it’s still very clean and not crowded. Although there are many rooms with different city activities, the whole place has an open layout which enables kids to run freely and easily between the rooms. You don’t feel trapped in a tiny space because of the large doorways and huge windows. The City includes various play areas: 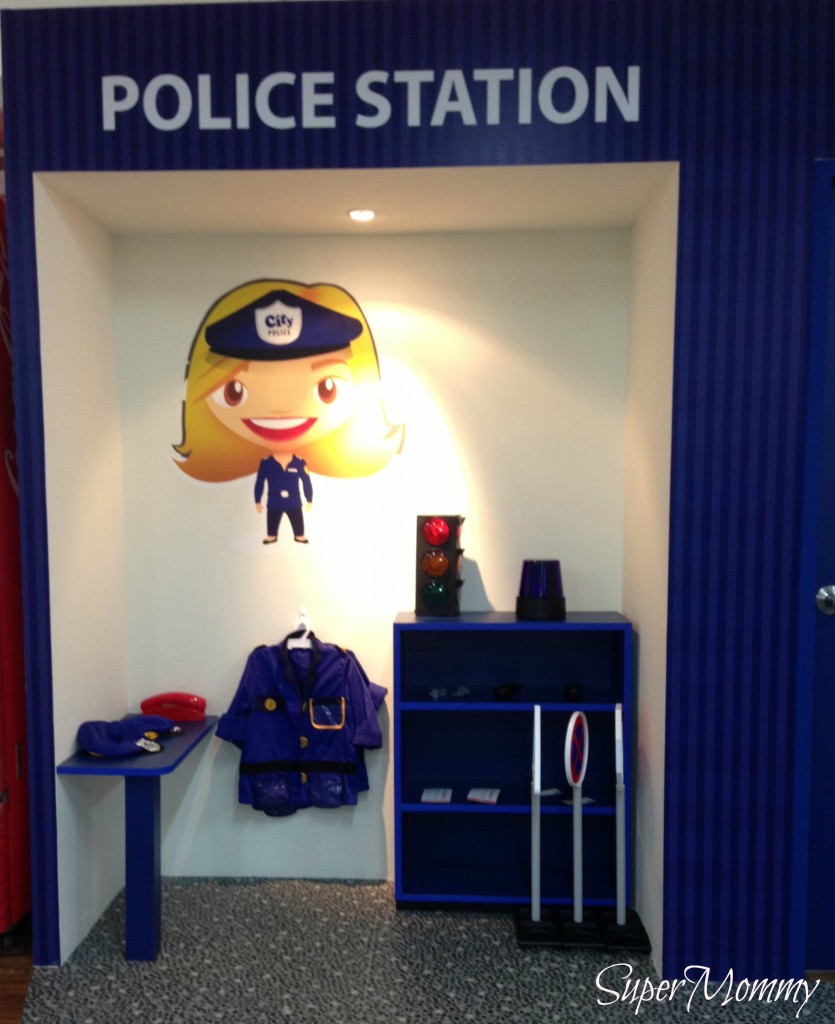 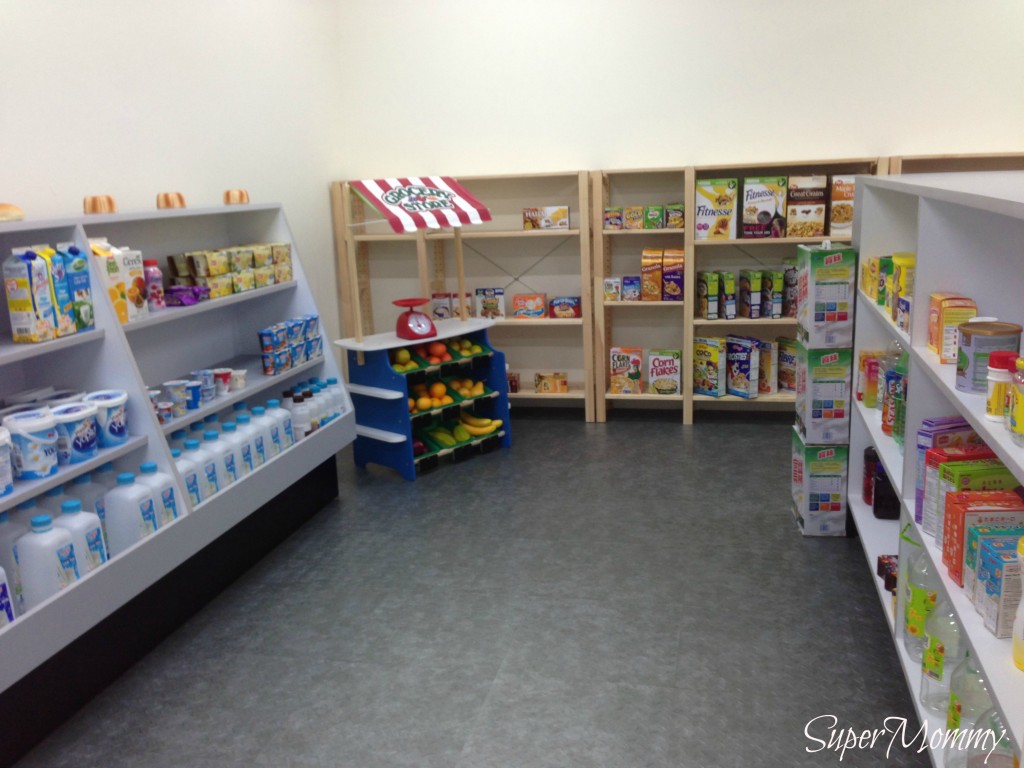 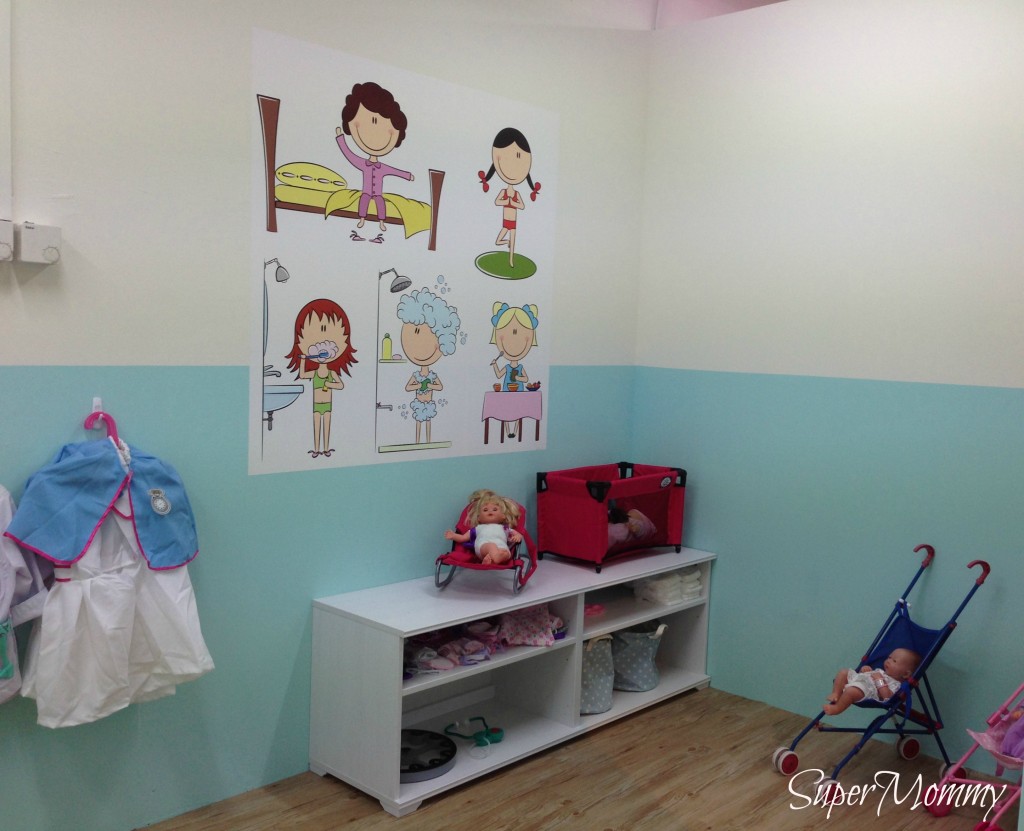 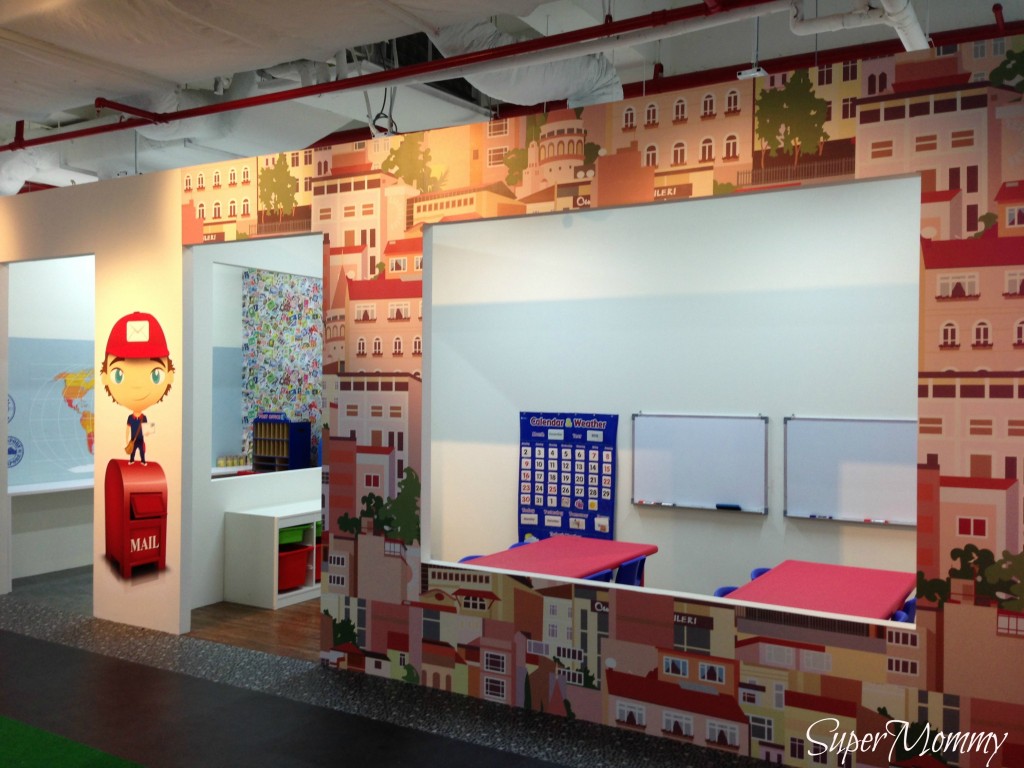 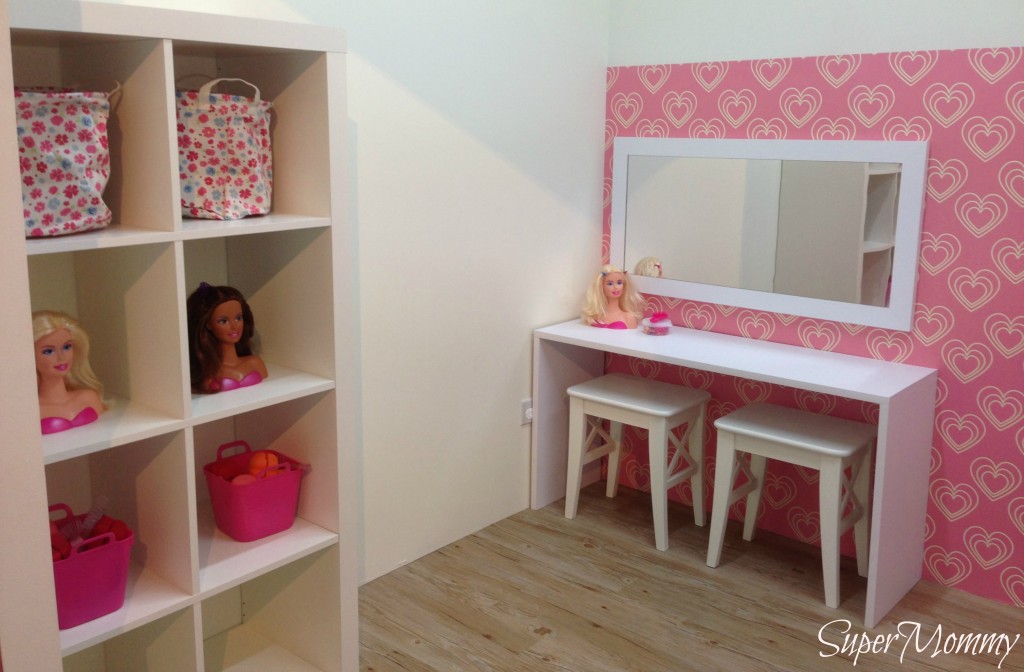 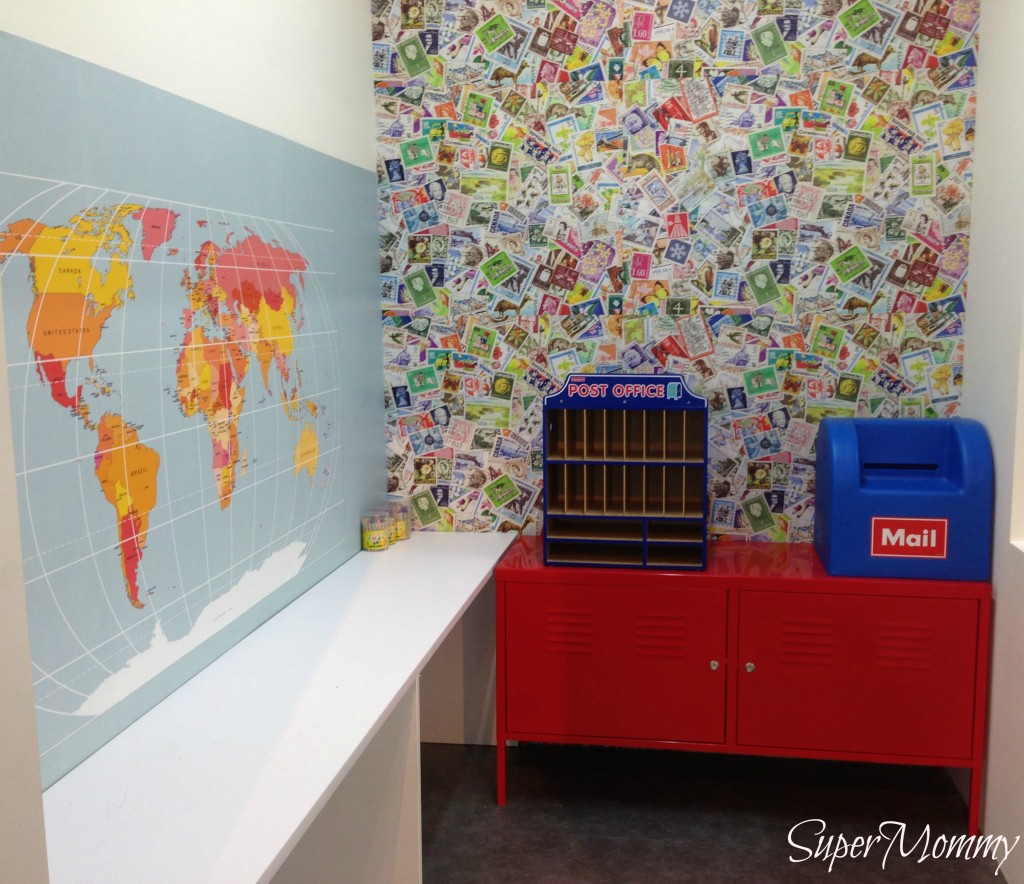 Within each of the play areas are different outfits/costumes to help the kid’s get into character. It is worth noting that all of the costumes in The City are high quality costumes, many of which are not sold in Singapore (I know because we have many of the same costumes in our own collection at home). 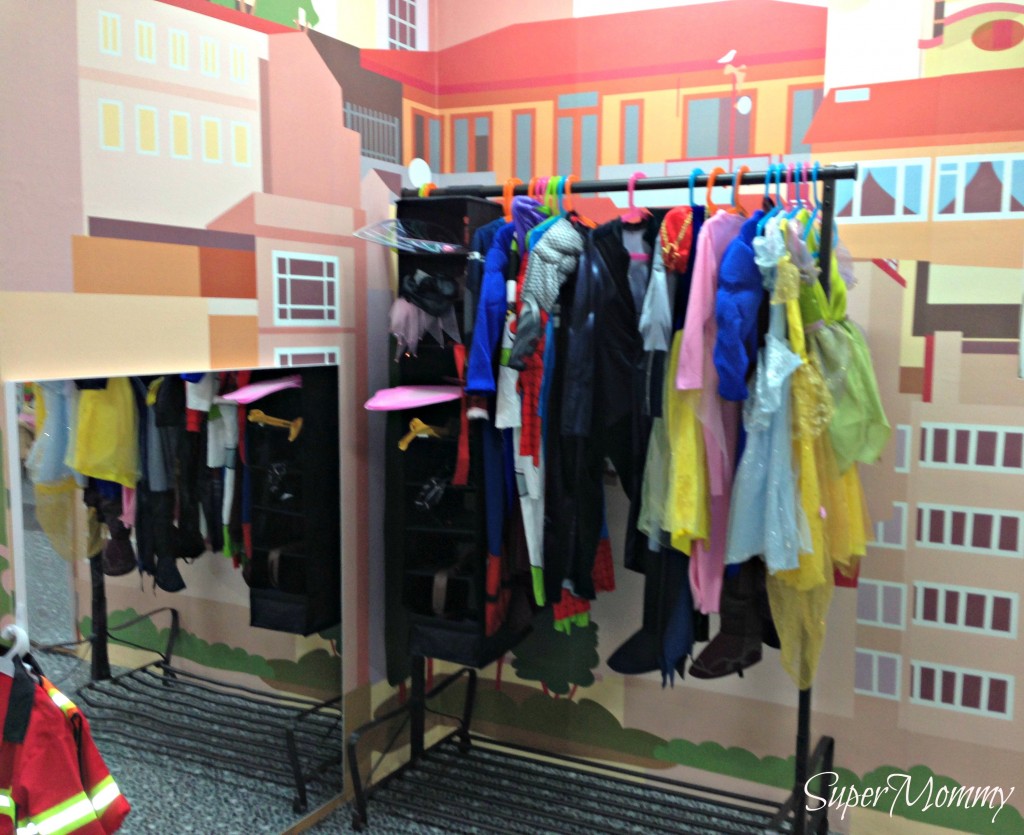 Parent Involvement
At The City there is no climbing, sliding or crawling involved like the other indoor play areas, however you will be “role playing” with your kids. You will also need to act as the wardrobe assistant for the numerous clothing changes – we changed costumes at least 6 times in just 1 hour!! 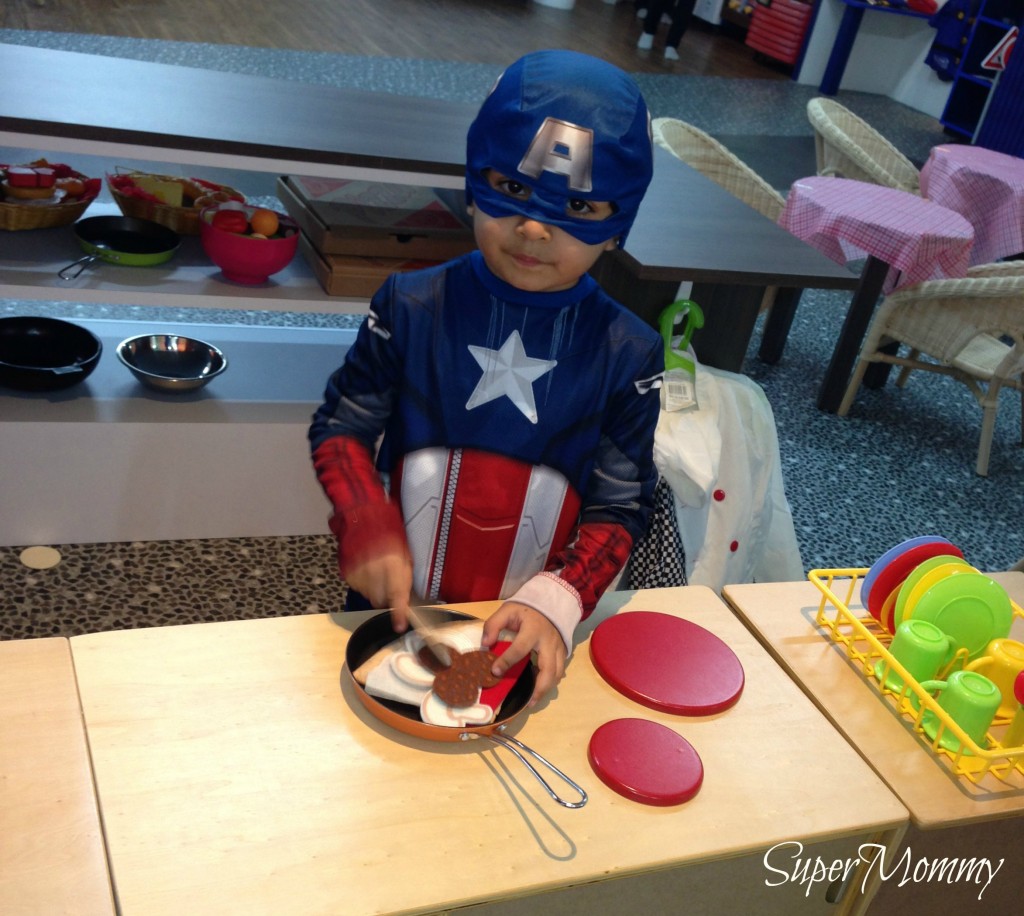 SuperMommy’s Overview of The City:  I think that The City is worth checking out at least once, then you can decide whether your child enjoys role playing. Also, it will give you the opportunity to take some really cute pictures in different costumes. I personally loved the large cityscape murals that covered the walls and the overall design of The City. You can tell that someone put a lot of effort into the layout and concept of the place. 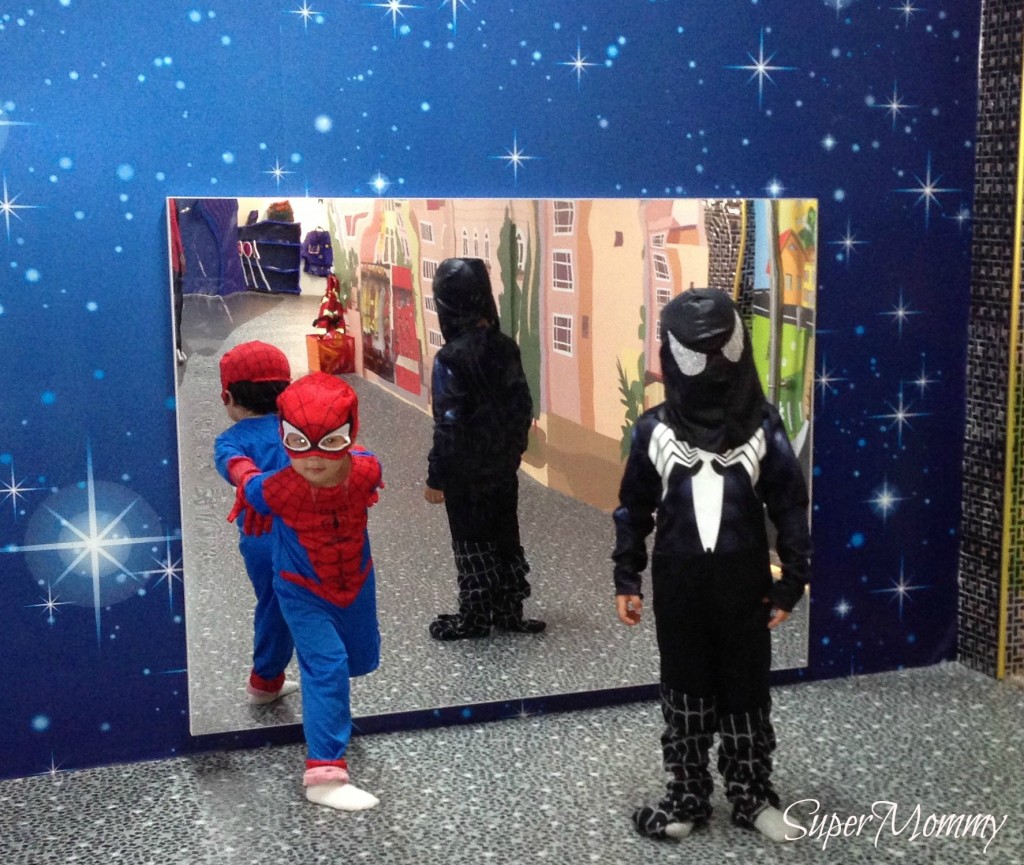 Just note that the City is not a good place to burn off excess energy. It is more a sit down and play environment. My son and his “new” Spiderman friend practically tore the place apart running up and down in their superhero costumes “role playing” and “fighting” bad guys. I can see potential conflicts where the boys are running wild as superheroes and girls are trying to shop or play dress up quietly in one of the rooms. It would have been great to see a mini construction site/tool area where the kids could dress up as construction workers and build things. This might have been more “productive” than fighting crime as a superhero. However, that being said, my son’s favorite part of The City was dressing up in the different superhero costumes and strutting around the place. I’m just an old mom, what do I know about little boys having fun!! 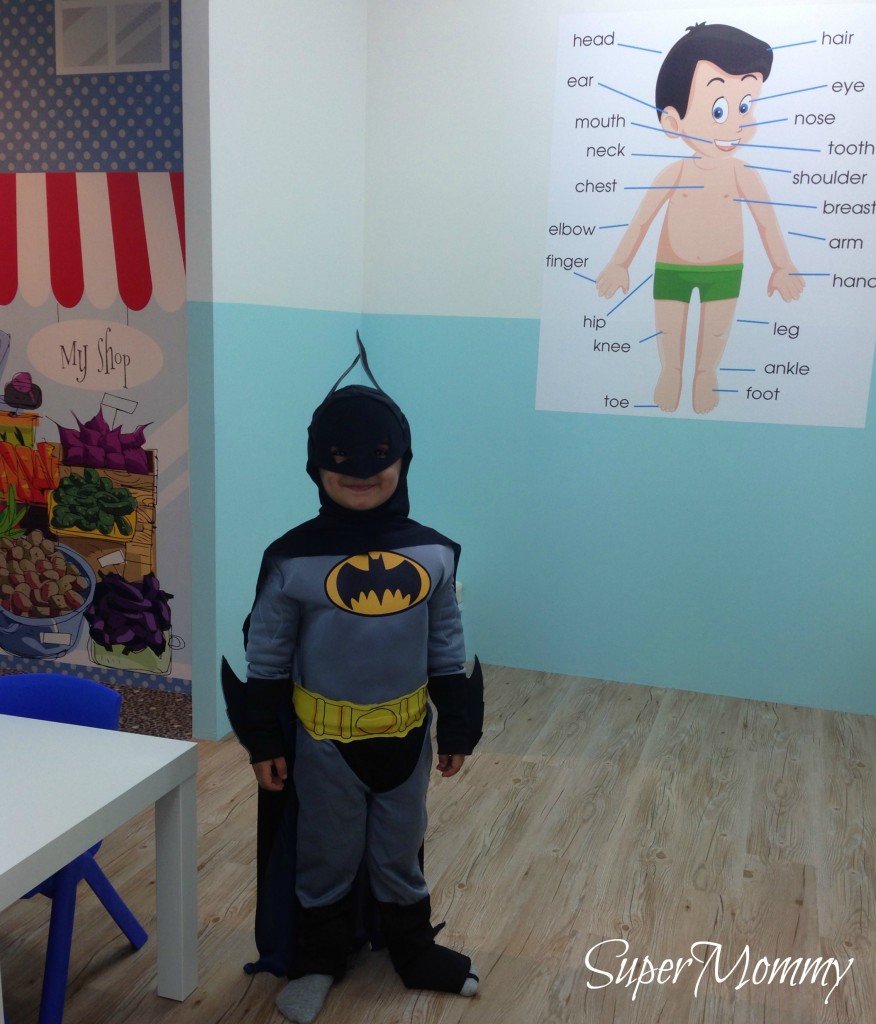 I recommend going with a few friends, that way your child knows someone and can role play with them. I personally think that little girls will like The City much more than the boys.

SuperMommy’s Recommended Age:  This is a great place for slightly older kids that like to “pretend” and “role play”. I would recommend that your child is at least 3 1/2 years old.

Will SuperMommy go back? Yes, we will probably go back to The City, but it will have to be as an activity with a group of friends. Moreover, I like to take both my boys out together and this is a place for the older kids. I hate making my lil’ 17 month old baby feel left out.

Useful Info About The City: