The “River Safari” at the Singapore Zoo 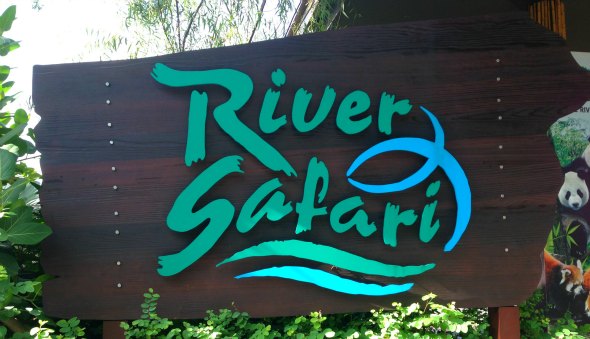 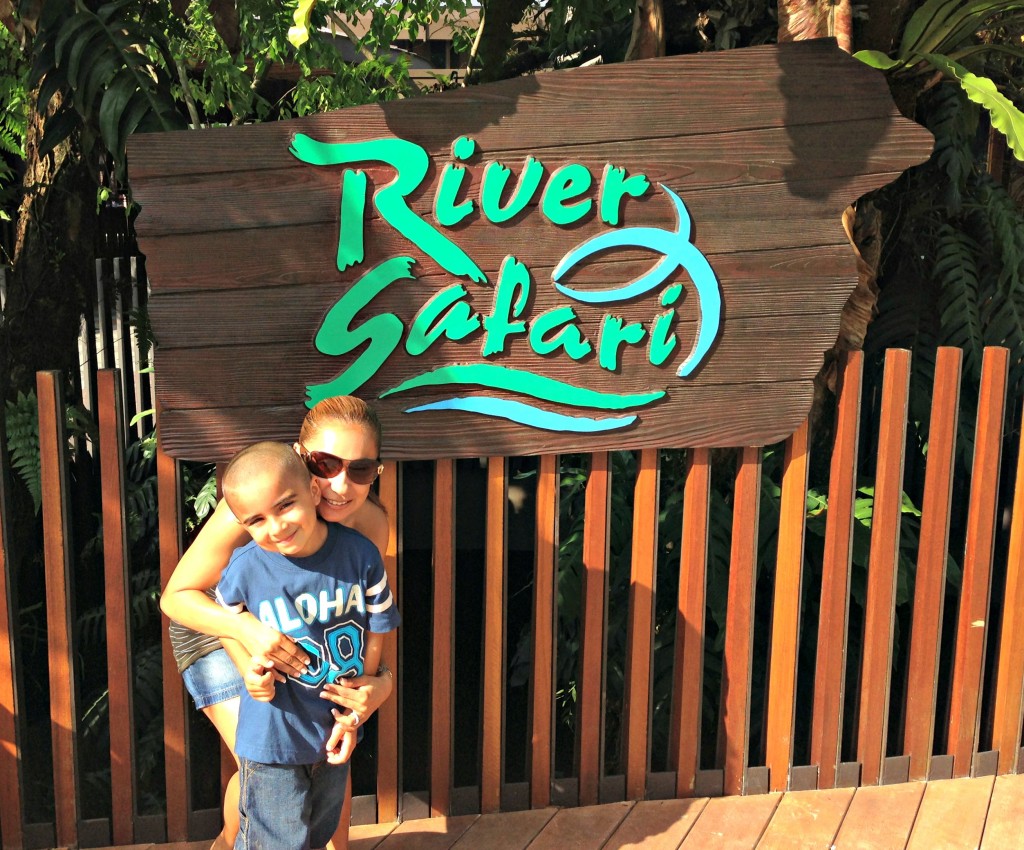 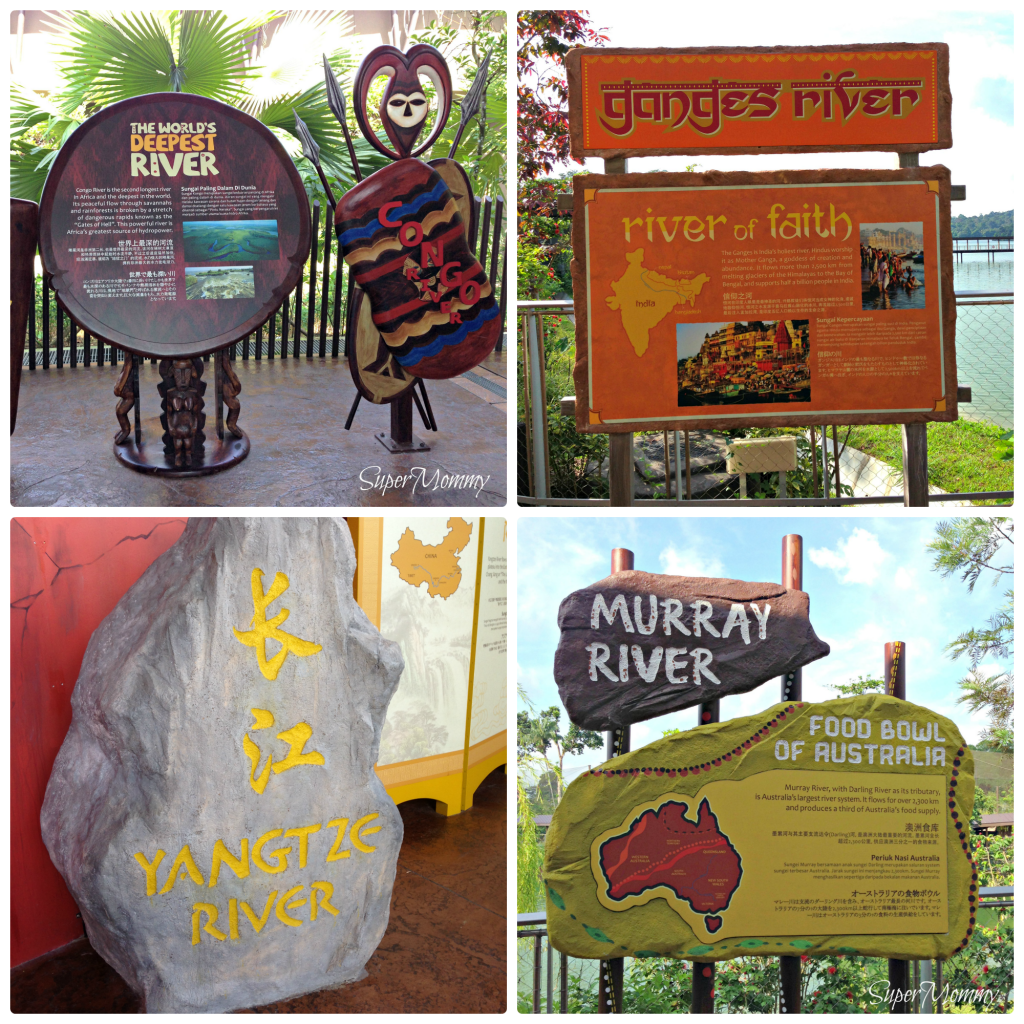 The River Safari is a “River-Themed” Wildlife Park. All the animals and attractions deal with “river dwelling” animals.  The safari is divided into the Rivers of the World and Wild Amazonia. We entered the River Safari through the main entrance which is not too far from the main Zoo entrance.  The entrance is nice and has a many good picture opportunities. 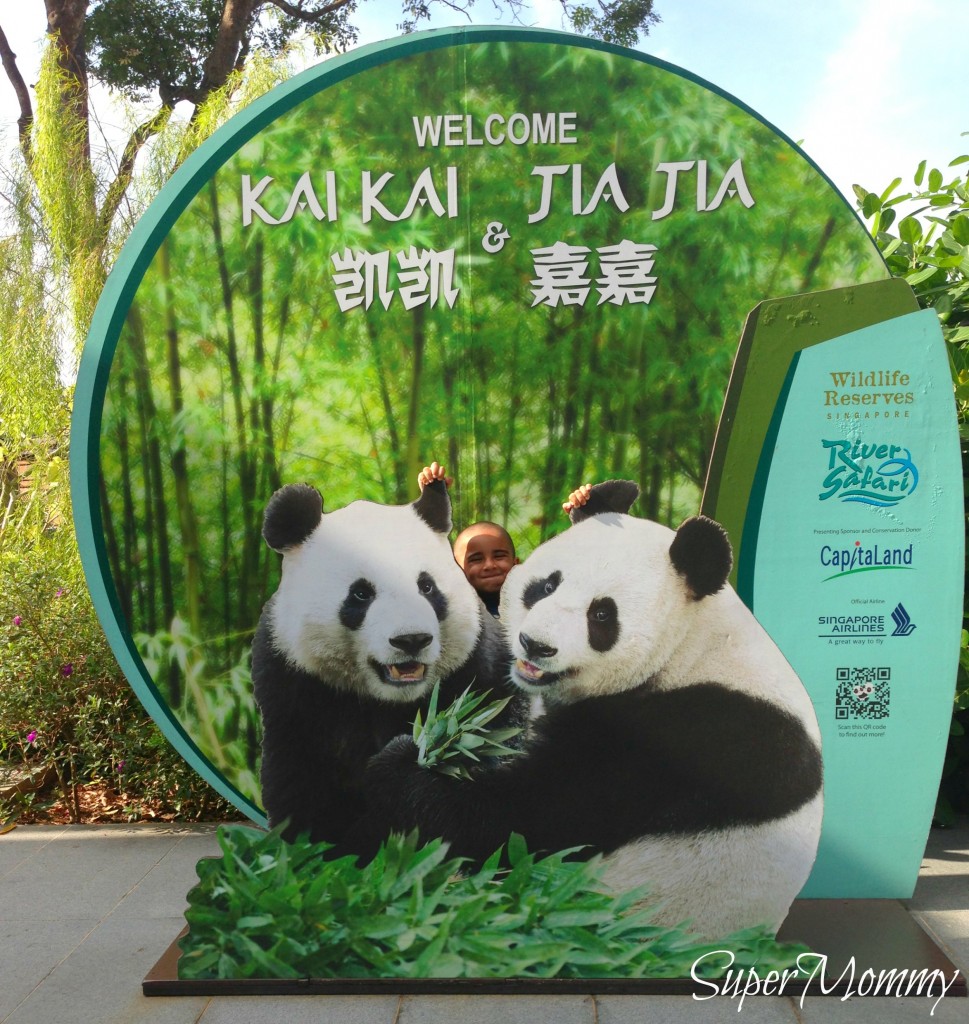 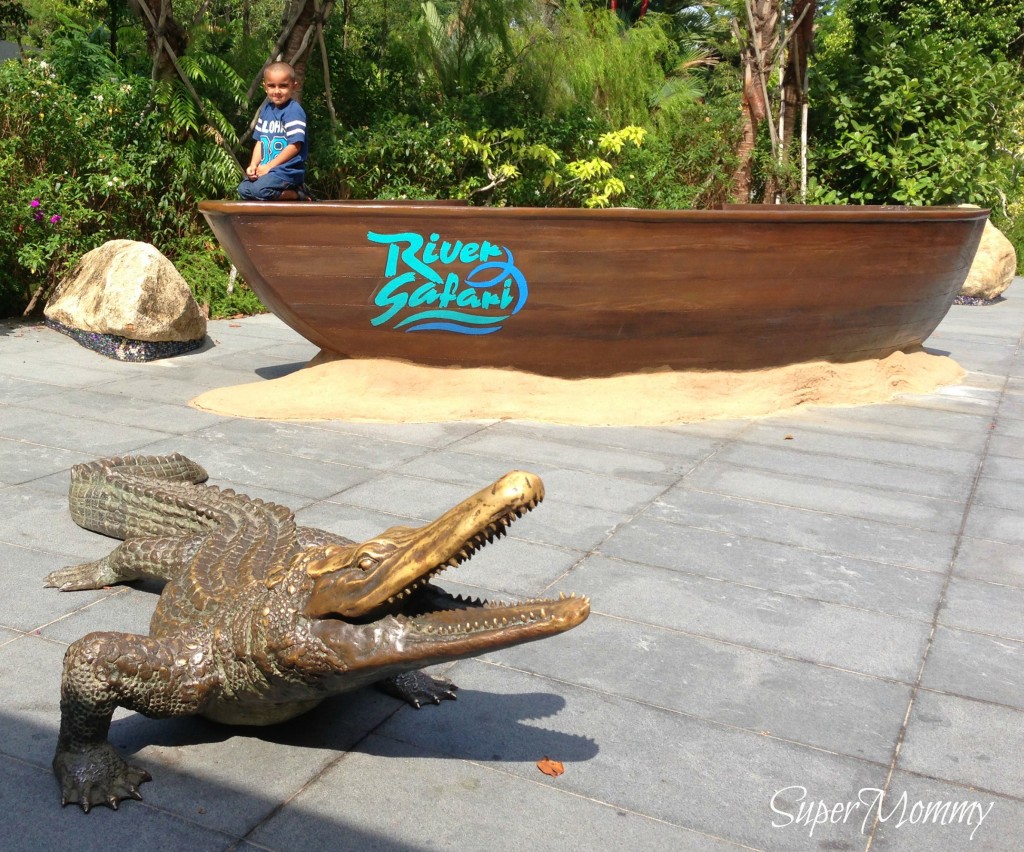 Since the river animals are quite small, there were many smaller glass cages containing little animals. 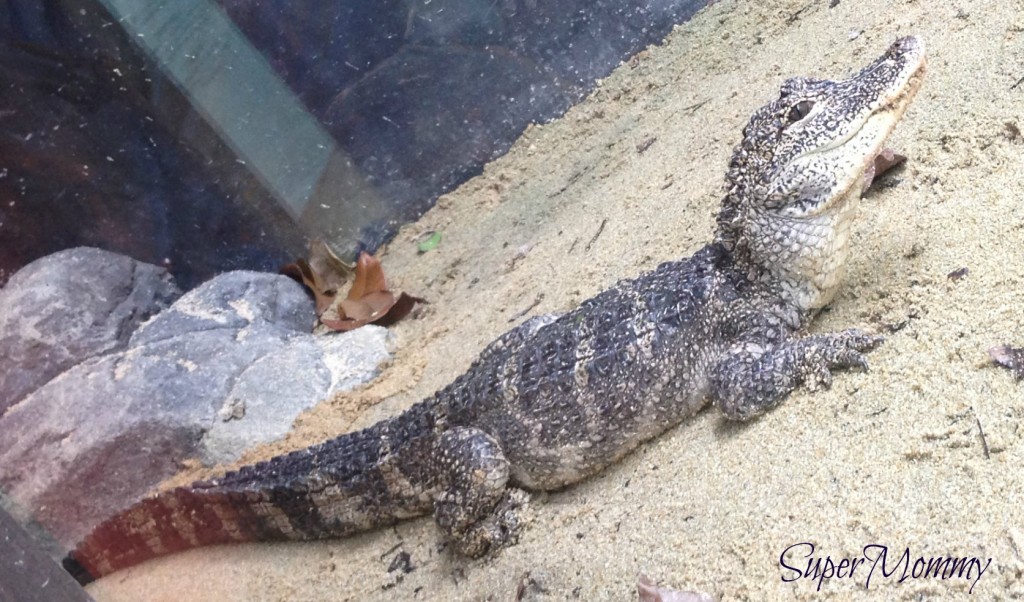 There were also many aquariums ranging in size, which housed a variety of fish and river water creatures, including the Mississippi Paddlefish, Tiger Fish, Giant Puffer Fish, Mekong Giant Catfish and many others. 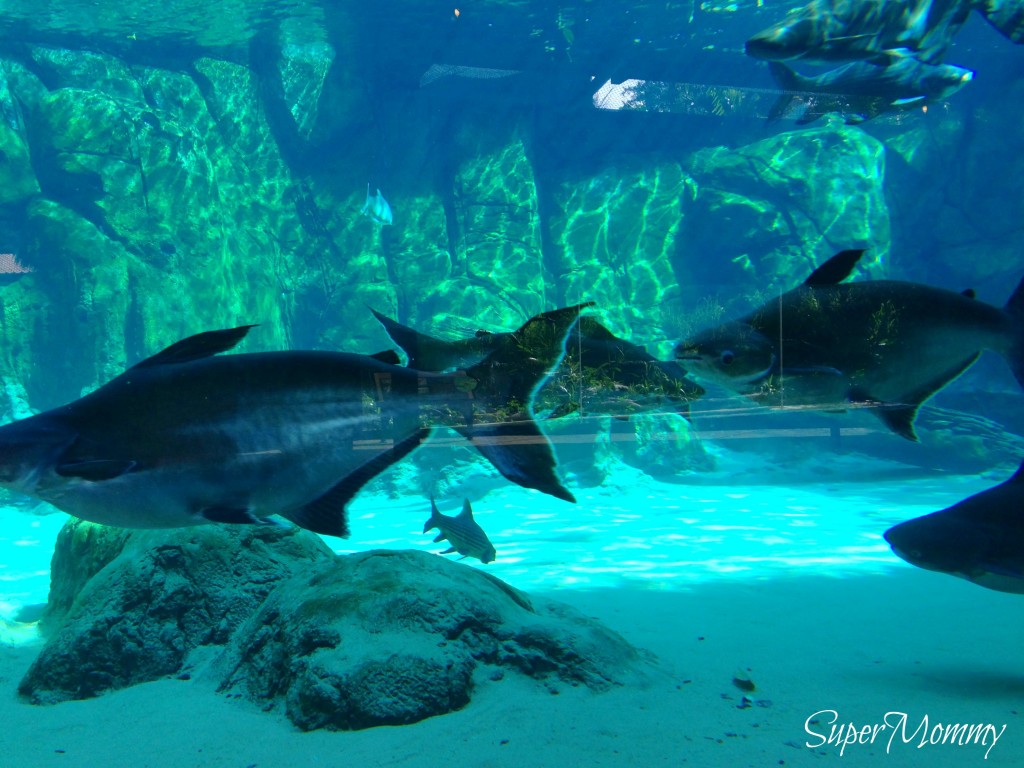 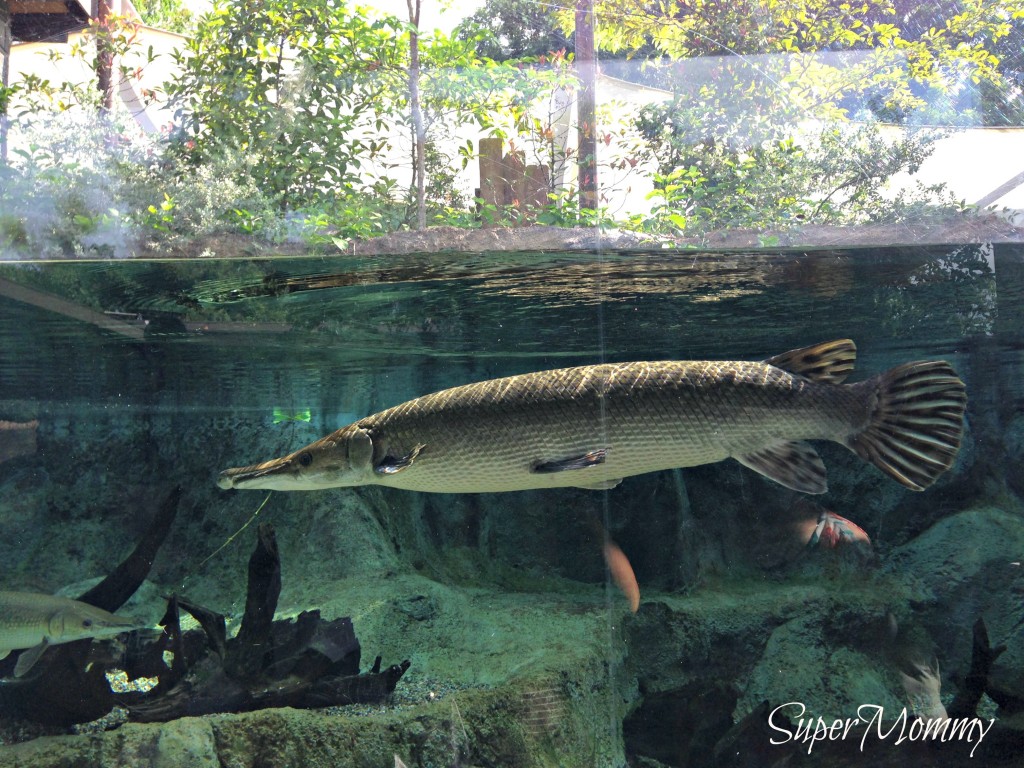 My son’s favorite were all the crocodiles and alligators. For some reason we did not see them in action, they were all hiding or sleeping. We did stop and pose with a bunch of the fake ones. 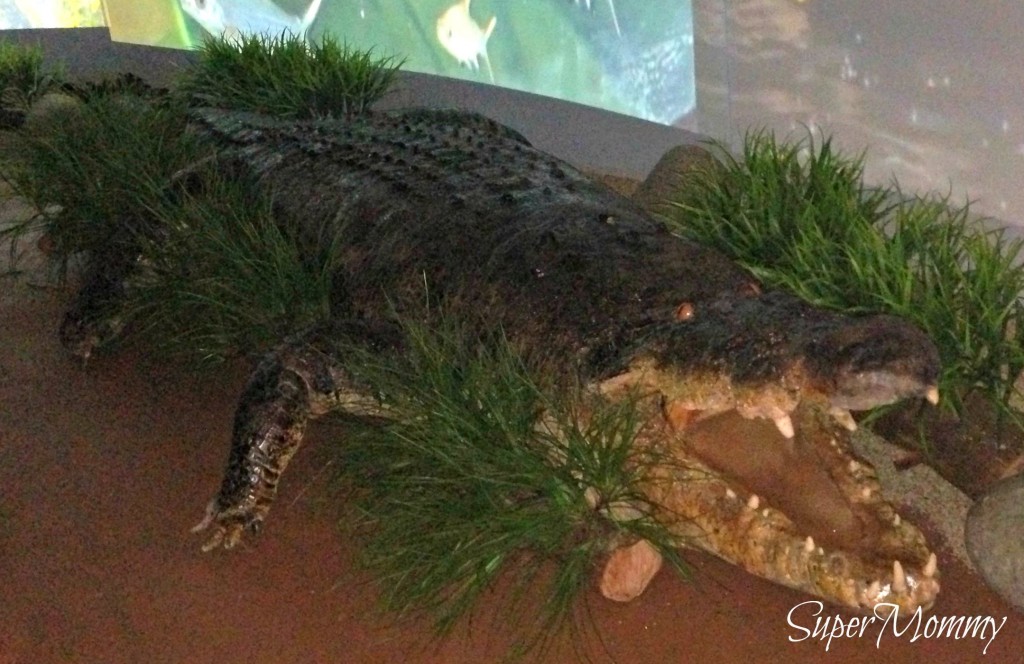 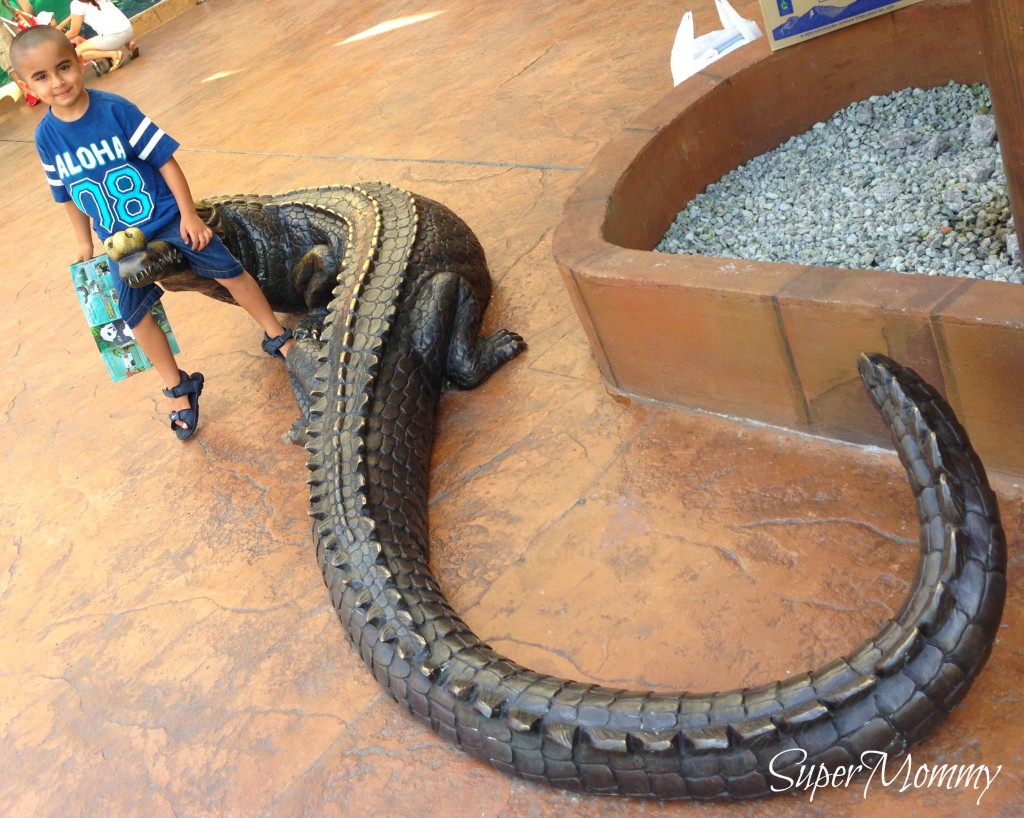 One of the main attractions at the River Safari is the Giant Pandas Exhibit, which is the largest exhibit in Southeast Asia. According to the visitors map, guests are allocated time slots and get 15 minutes to view the pandas. When we got to the panda exhibit, there was no line, so we went right in to see the Pandas. 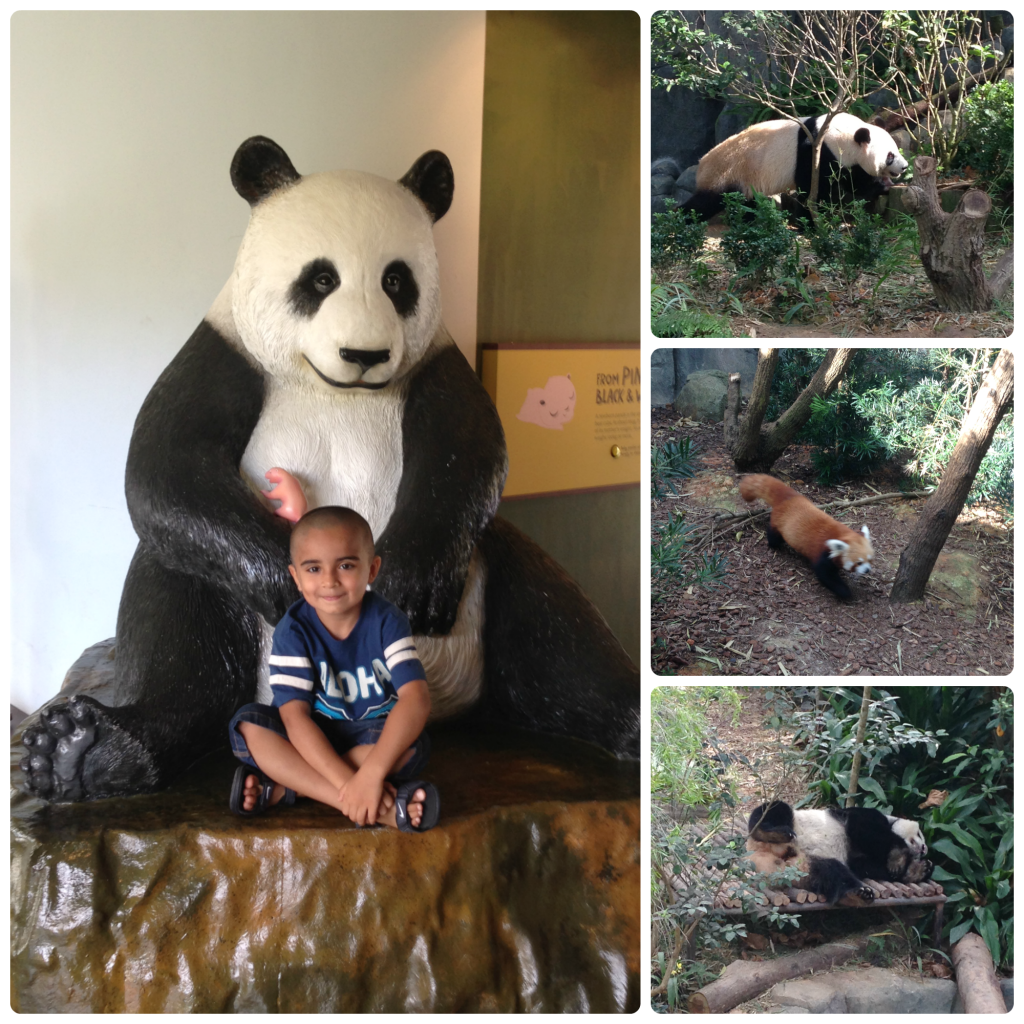 After viewing the Pandas and taking a bunch of pictures, we walked over this long bridge to get to “Wild Amazonia”. 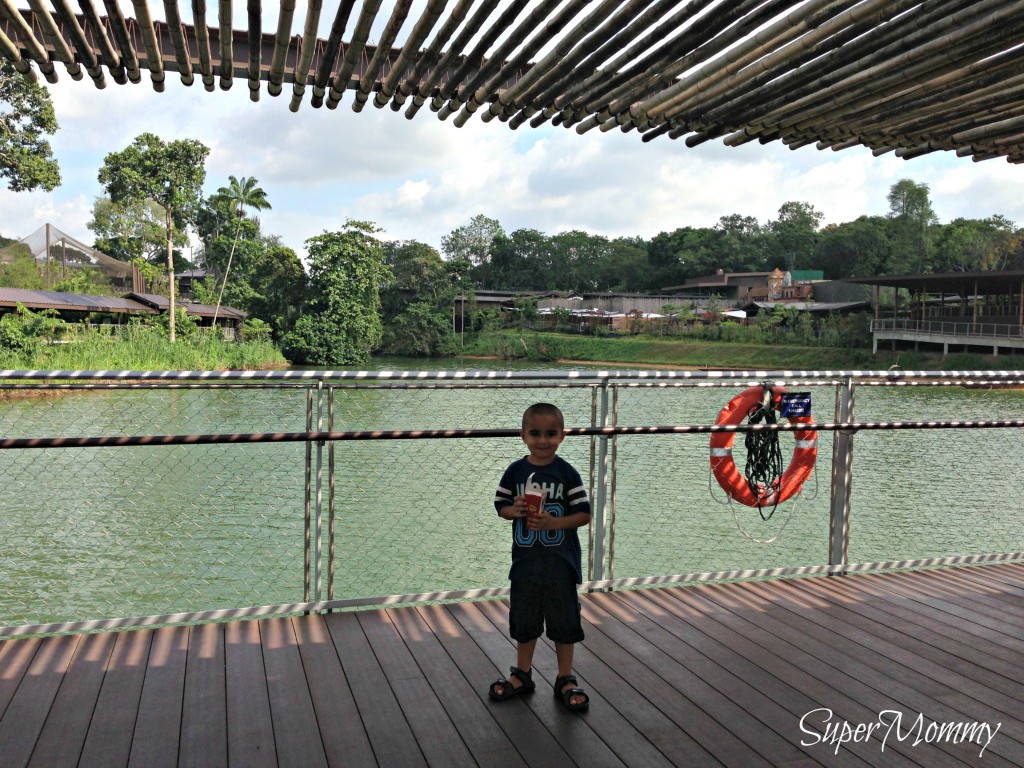 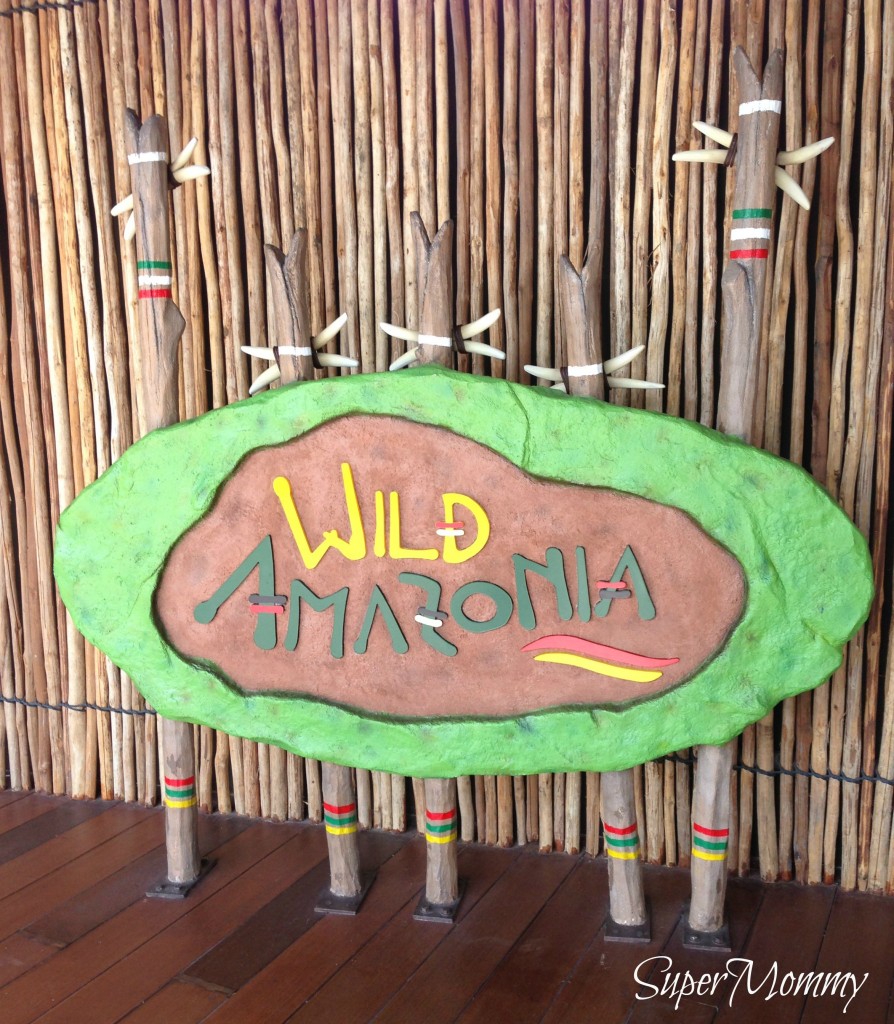 Wild Amazonia is still not fully functionally, only a few of the animal attractions are actually set-up and the Amazon River Quest boat ride (the main attraction) is not yet open. 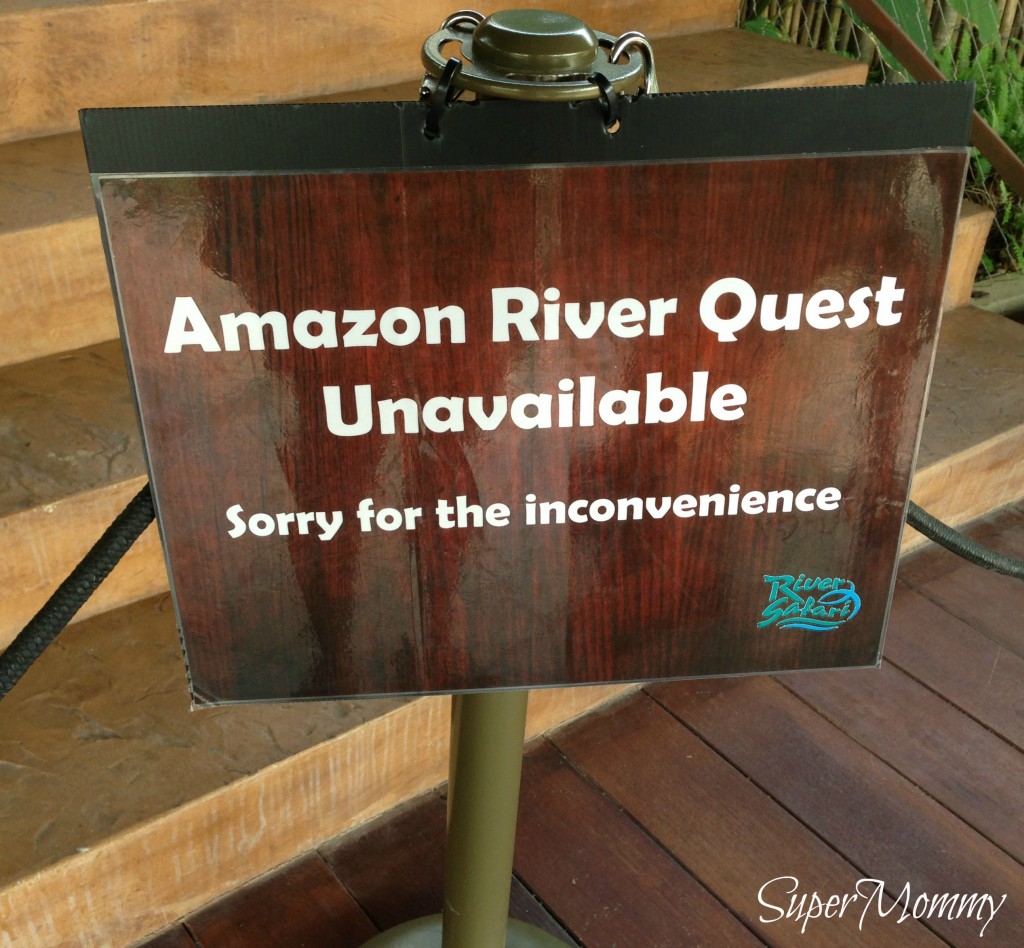 We did get to check out the “Squirrel Monkey Forest”. The monkeys in the forest are allowed to run freely and you can really get really close to them. 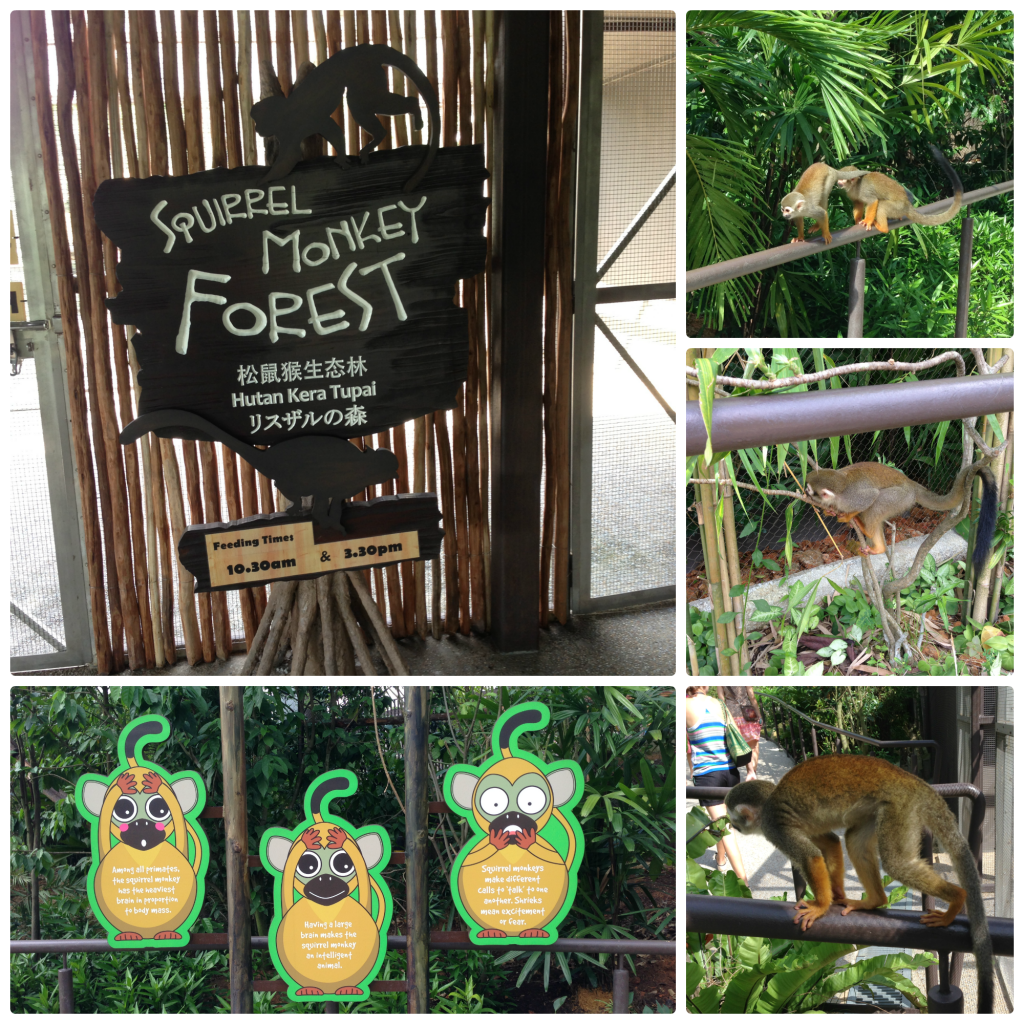 Amazonia just felt deserted. I am not sure if it was the lack of people or attractions – it just felt very empty. Personally the entire River Safari really did not impress me until the very end when we reached the “Amazon Flooded Forest”. 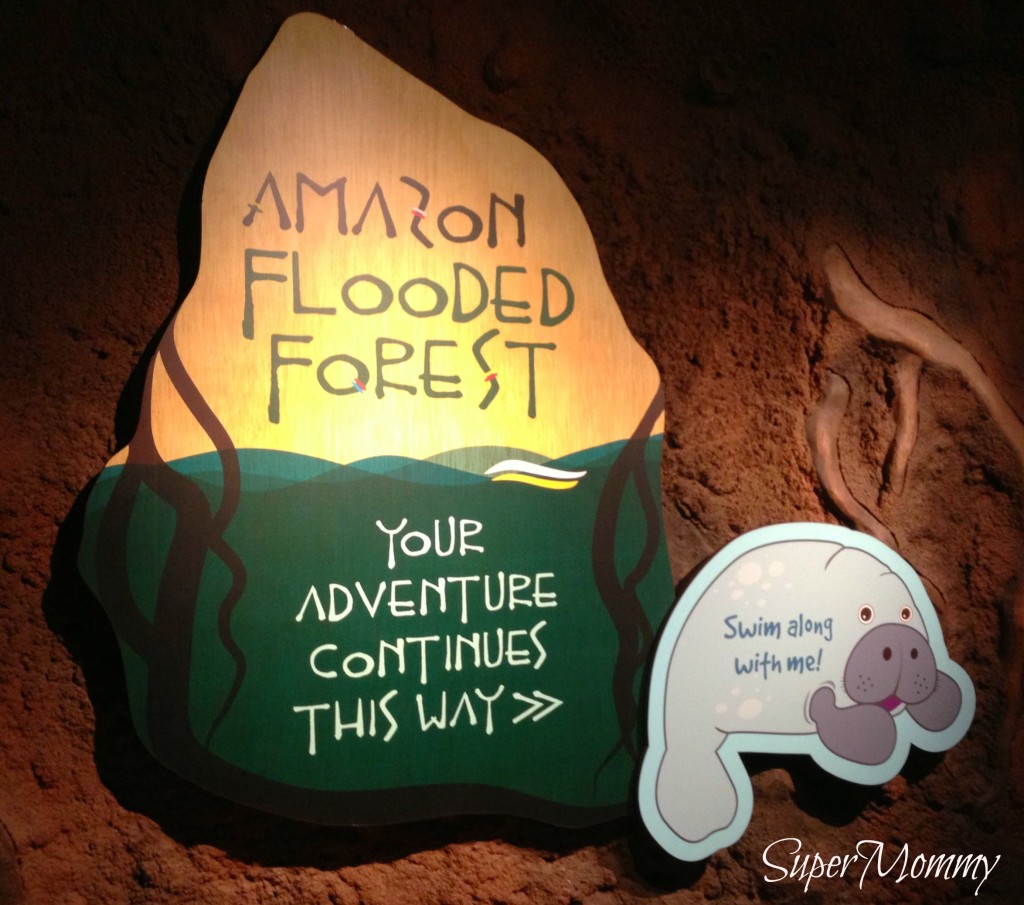 The Amazon Flooded Forest is basically a dark cave with a huge underground aquarium. 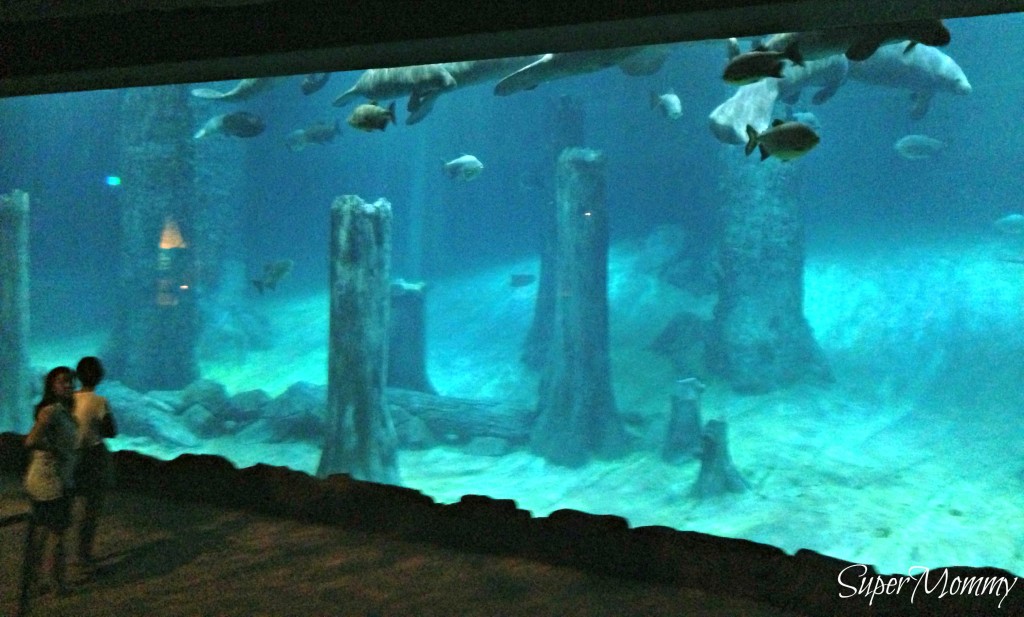 This enormous tank is the home for the Manatees and other fish/water animals. The place was just cool. It was as if you were in a different world. My pictures actually don’t do the place justice – it’s something you have to see for yourself. 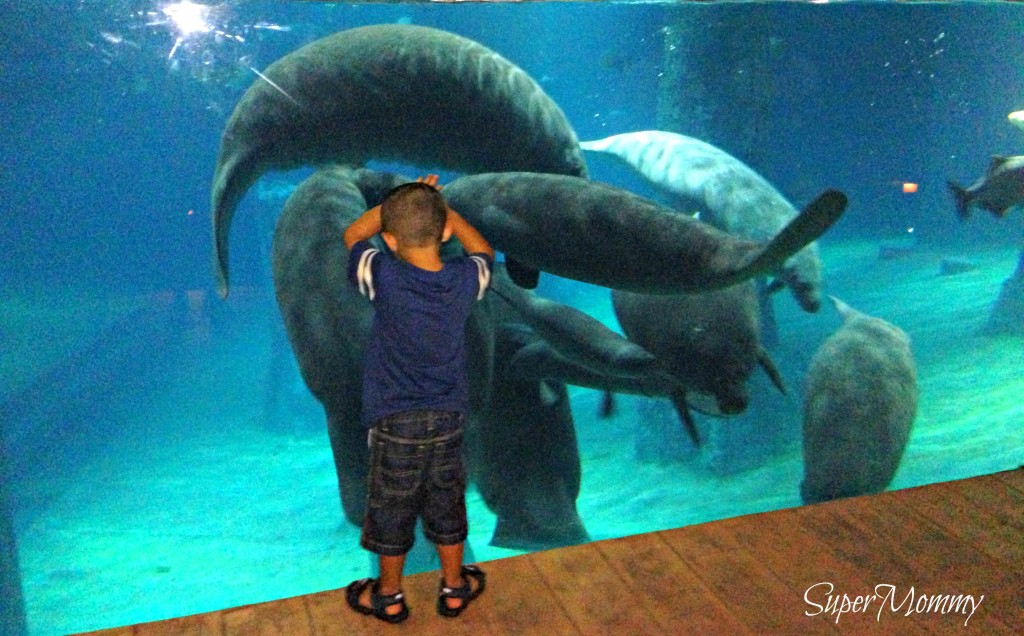 Dining Options: There is only one main restaurant inside the River Safari  – “Mama Panda Kitchen”, which serves Asian cuisine. There are a few small kiosks that sell drinks and light snacks. At the main entrance is the “River Safari Tea House, which serves dim sum and a variety of Singaporean foods. The dining options are very limited, so if you have fussy kids, make sure you bring your own snacks/lunch. You can always buy food from the KFC at the entrance of the Zoo – it opens really early and serves their normal menu. 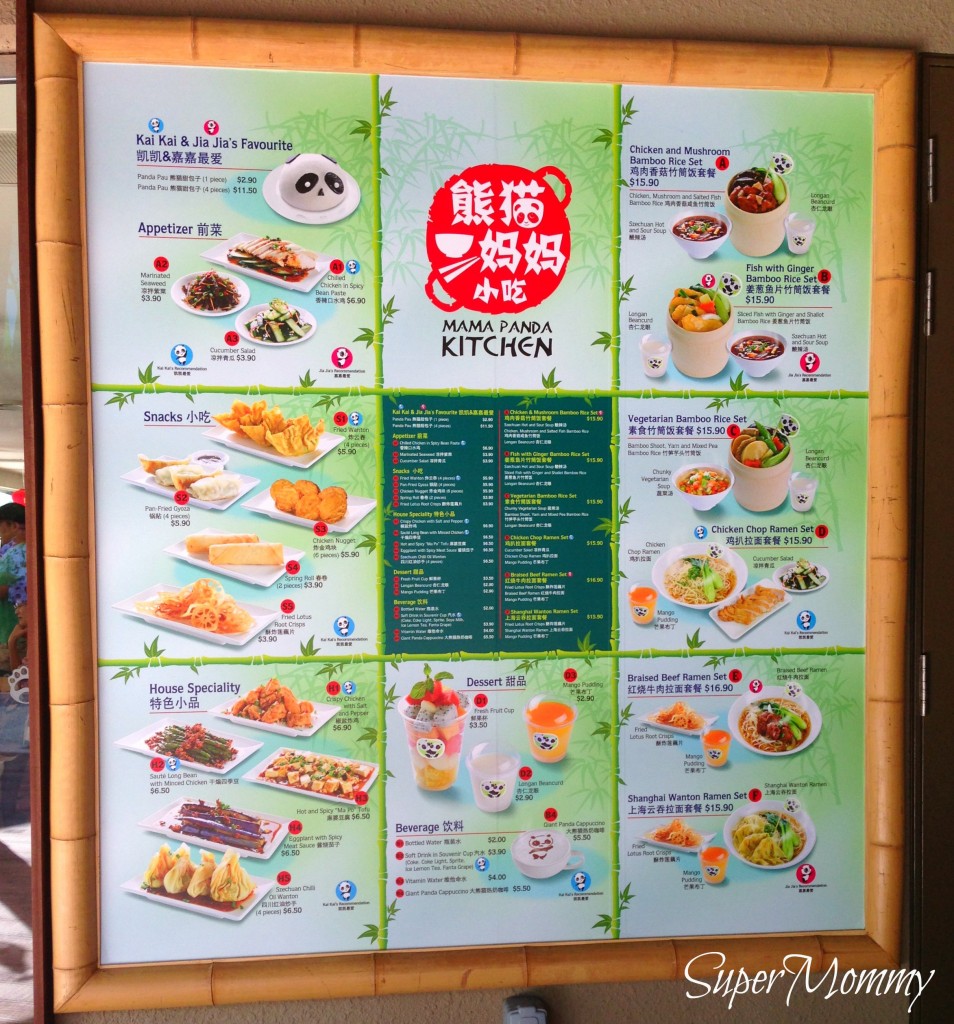 Planning Your Time At The River Safari: The River Safari is still in soft launch phase, so a lot of the attractions are not yet open. Although we went to the River Safari on a Saturday morning, the place was quite empty. Not that I am complaining – I personally hate crowds. We were able to get through the entire place in about 1 ½ hours. We entered the River Safari at about 9:30am. Zayden and I saw every single attraction/ animal. There are a few animal shows, but those are later in the day, so we did not get the chance to see any. We did not sit down to eat at the River Safari – the restaurant was really crowded and we just walked and ate some snacks. You can probably finish the entire River Safari (even if you move slowly) in less than 3 hours. Since we have a Family Pass to the River Safari, I wasn’t worried about getting my “money’s worth” – so I was happy to leave after only a short visit, because I know we will be going back once everything officially opens. 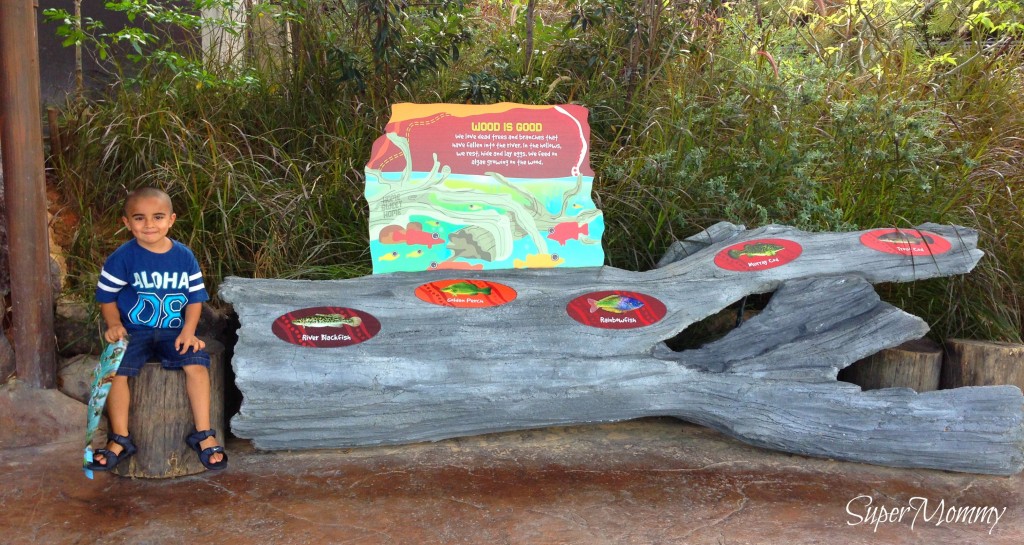 SuperMommy’s Opinion: The River Safari, although very interesting, does not carry the same appeal for younger children as the actual zoo. For starters, there are no big animals and the variety of animals/water creatures are very limited. Also, unlike the Zoo and the Bird Park, there is no “children’s area” in the River Safari. Thus although we can spend hours at the zoo and never leave, the River Safari for my 4 year old, as he stated, was “boring”. If you live in Singapore and are planning to buy just a day ticket, even though the price is reduced, I would definitely wait until all the attractions are open. If you are from out of town, I would check out the Zoo first and if you have time and money to spare (or can get a deal on a Park Hopper Pass), then check out the River Safari – like I said, it is interesting and has a lot of cool things, but I wouldn’t put it on the top of my list. 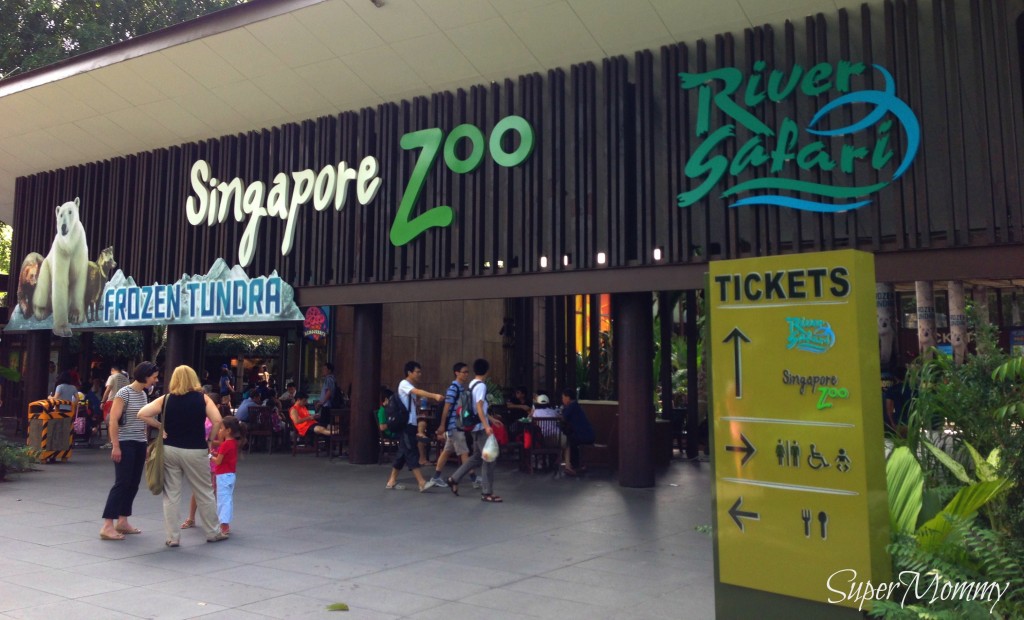