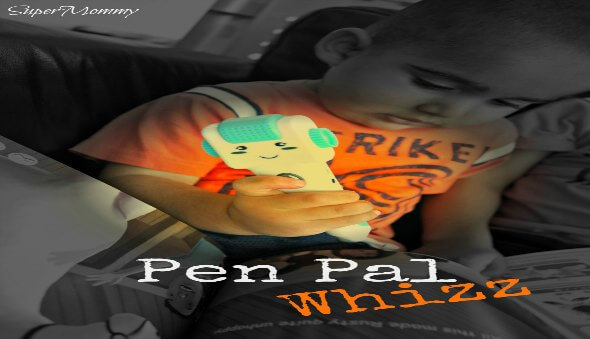 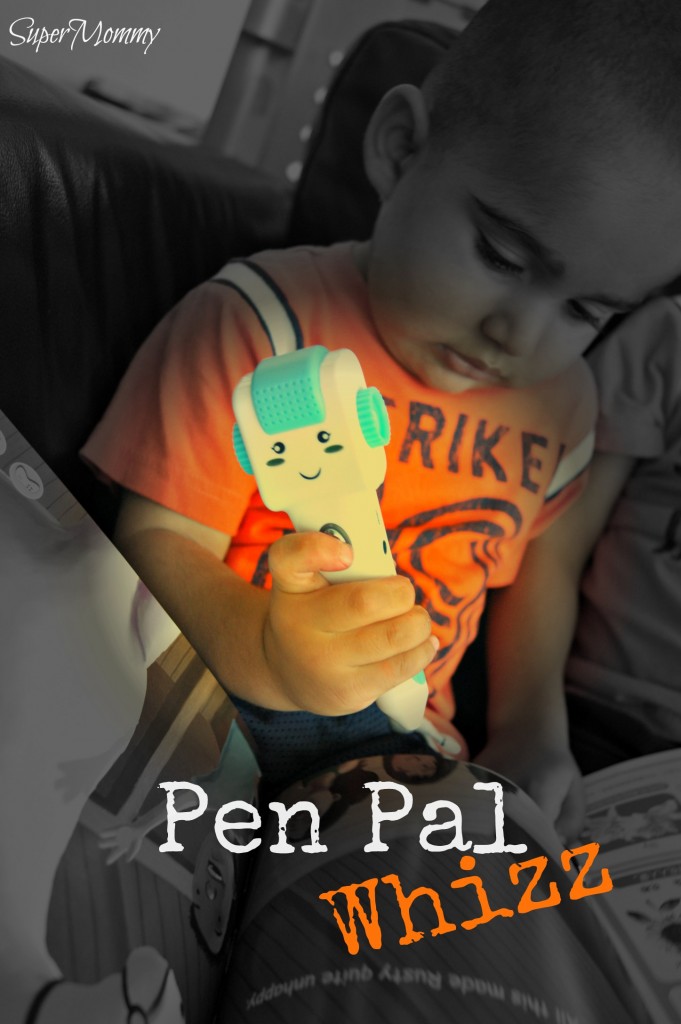 We recently got the “Pen Pal Whizz” bundle  – and both my boys just love it! The Pen Pal Whizz is an interactive educational device that recites written text, acts as a voice recorder, plays MP3’s and much more. I wanted to share with you from a “parent’s perspective” the highlights of this amazing device. 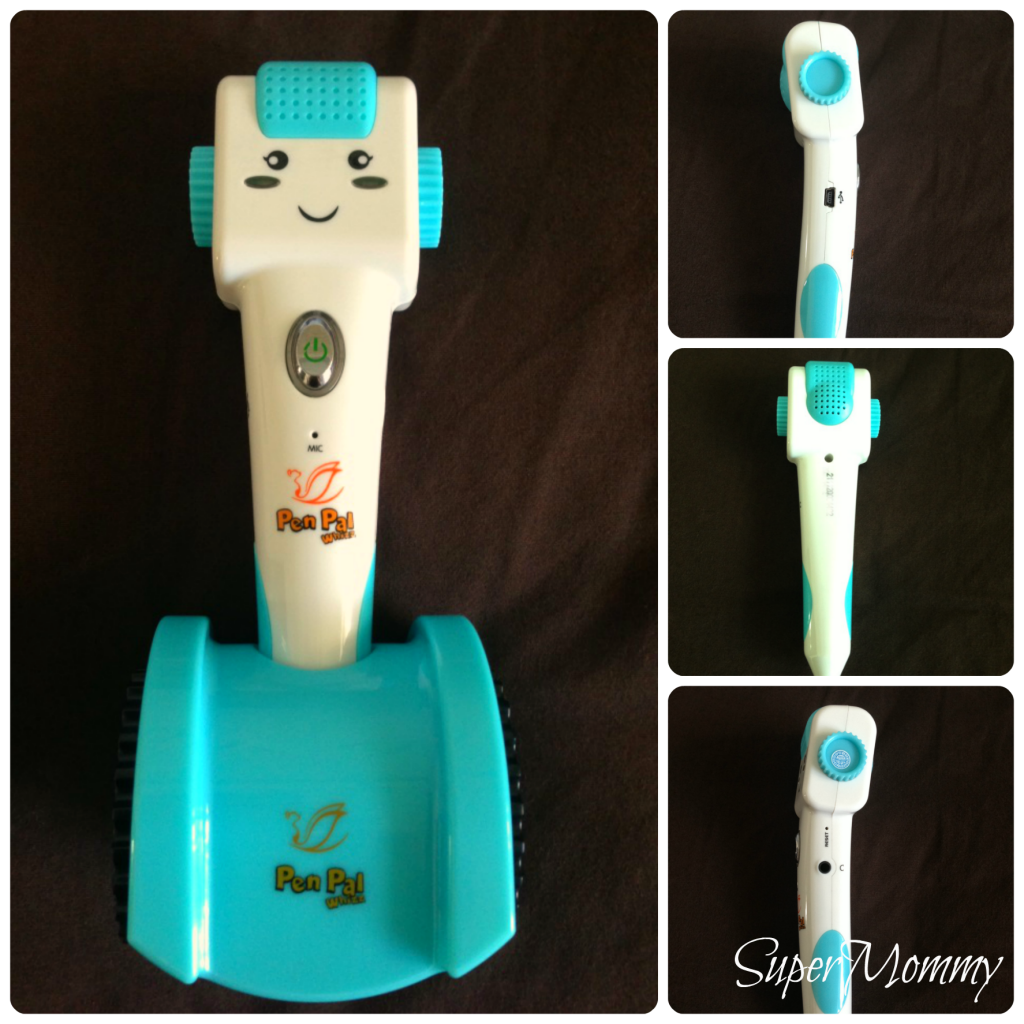 The Pen Pal Whizz Will Read To Your Child!

I love reading books to my kids, but sometimes I need to give my kids some space to be individuals. In the past when Zayden (my 4-year old) had “alone time” he was allowed to read books or play educational games on the iPad. But now I find the Pen Pal Whizz to be a much better option! The Pen Pal Whiz basically “reads out loud” to your child. Your child just has to tap on the text and the pre-programmed voice recording relating to the text is heard from the device. Now my son is in control of what he wants to read or re-read, which really helps him follow along the story and decide what he wants to hear next. 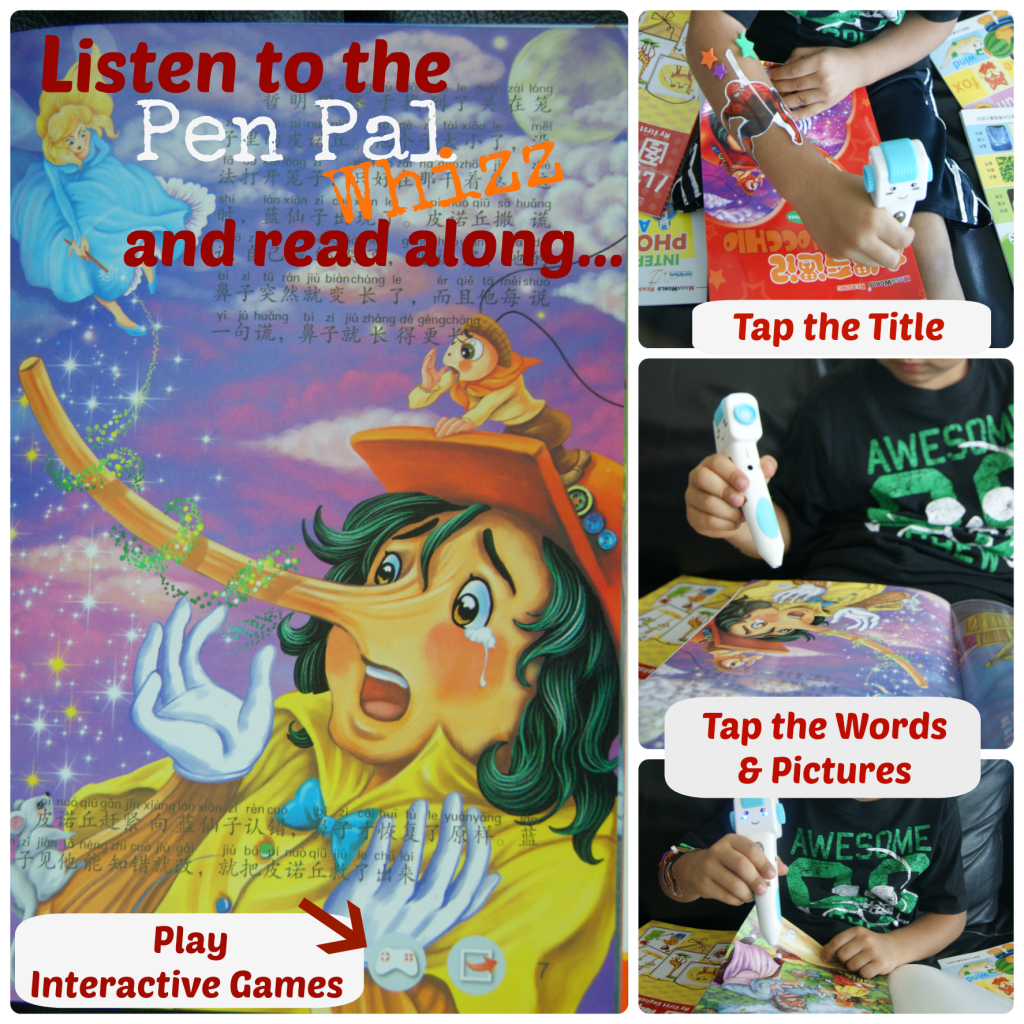 In addition to the written text, if you tap the Pen Pal Whizz on a character in the book it will say something that relates to the story. My 2-year old son Xavion especially likes this feature. He loves hearing the characters from the book come to life. 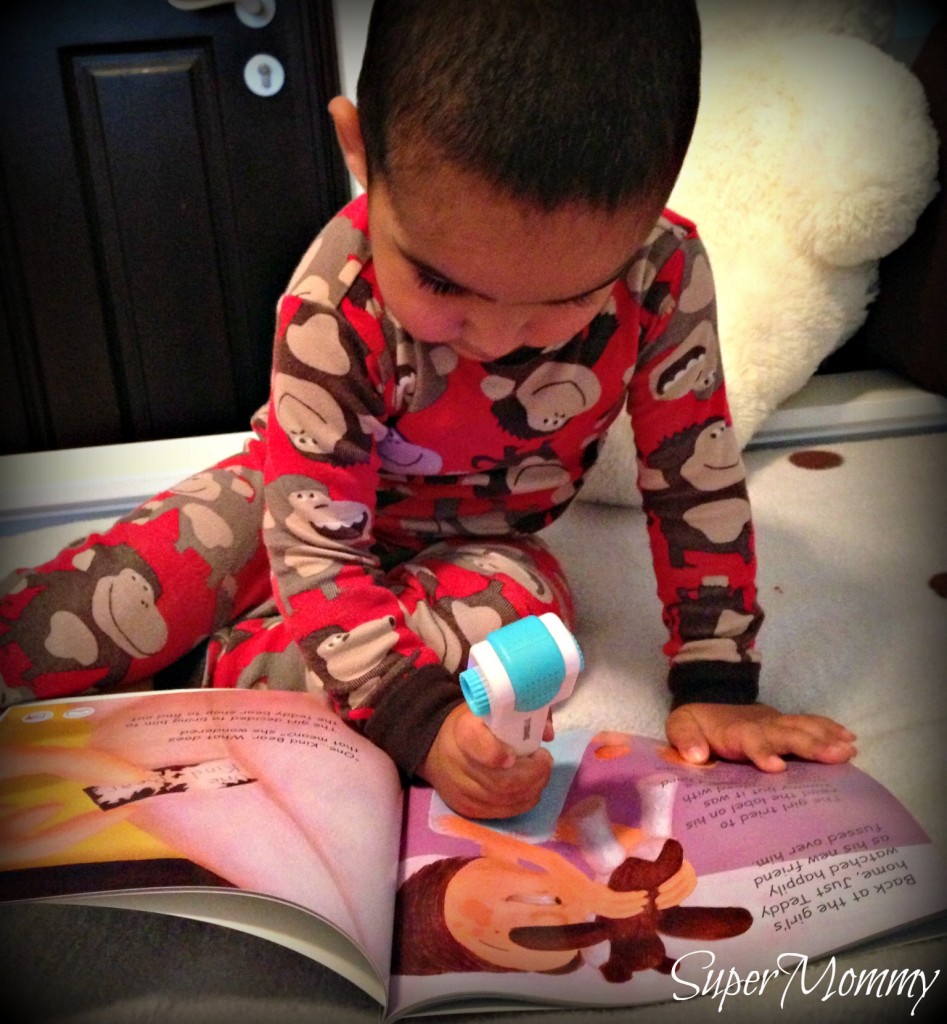 The Pen Pal Whizz Is GREAT For Learning Mandarin!

In addition to being a good “reading” tool it is the perfect device for learning Mandarin. My sons, much like all the other kids in Singapore, are also studying Mandarin as their second language. Now I have never been particularly good at languages, so helping my kids learn this difficult language has proven to be very challenging for me. Like most moms I have purchased numerous CDs, flashcards and other enrichment materials. Not to mention our private tutor and “extra” Mandarin after-school classes.

All these things are good in theory, but when I actually quiz my son at home it proves to be comical. For example: “Zayden how do you say the word “sleep” in Mandarin?” He can say”Timbuktoo” or  just about anything and I would think he is correct since I don’t know the answer in Mandarin. Zayden has actually tried to out-smart me numerous times with the wrong answer and the only way I knew he was “improvising” was when he started giggling at the end. Previously I used to “Google” the words that he didn’t know or try to look them up in my English to Mandarin dictionary, but by the time I found the correct pronunciation Zayden had lost interest in what we learning. The Pen Pal Whizz has helped me solve this problem (at least for now). 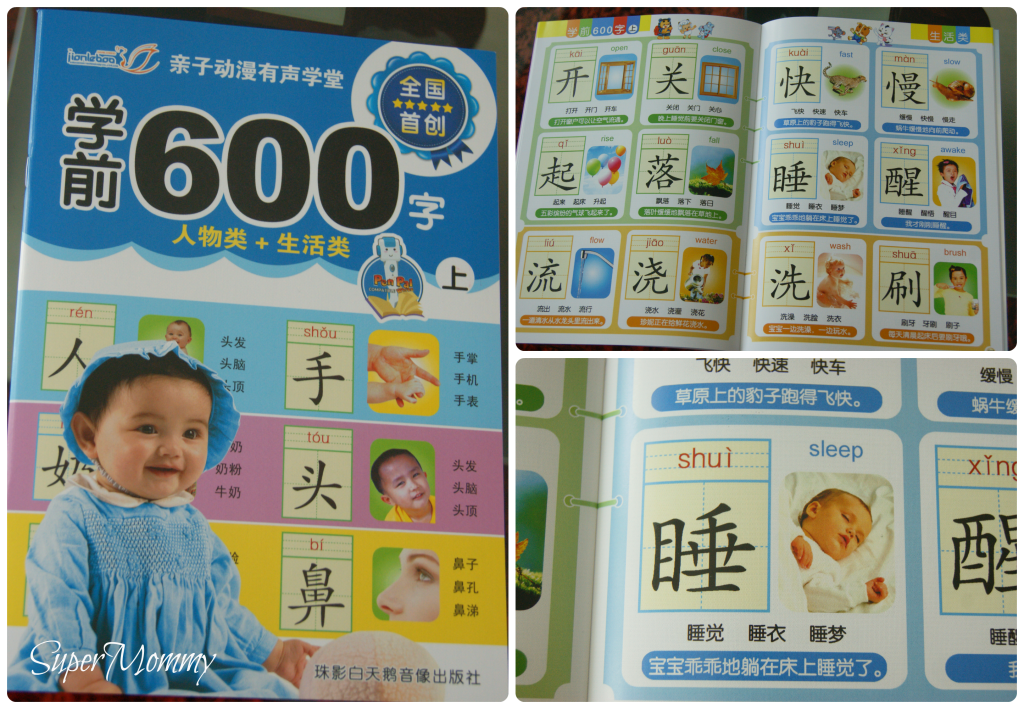 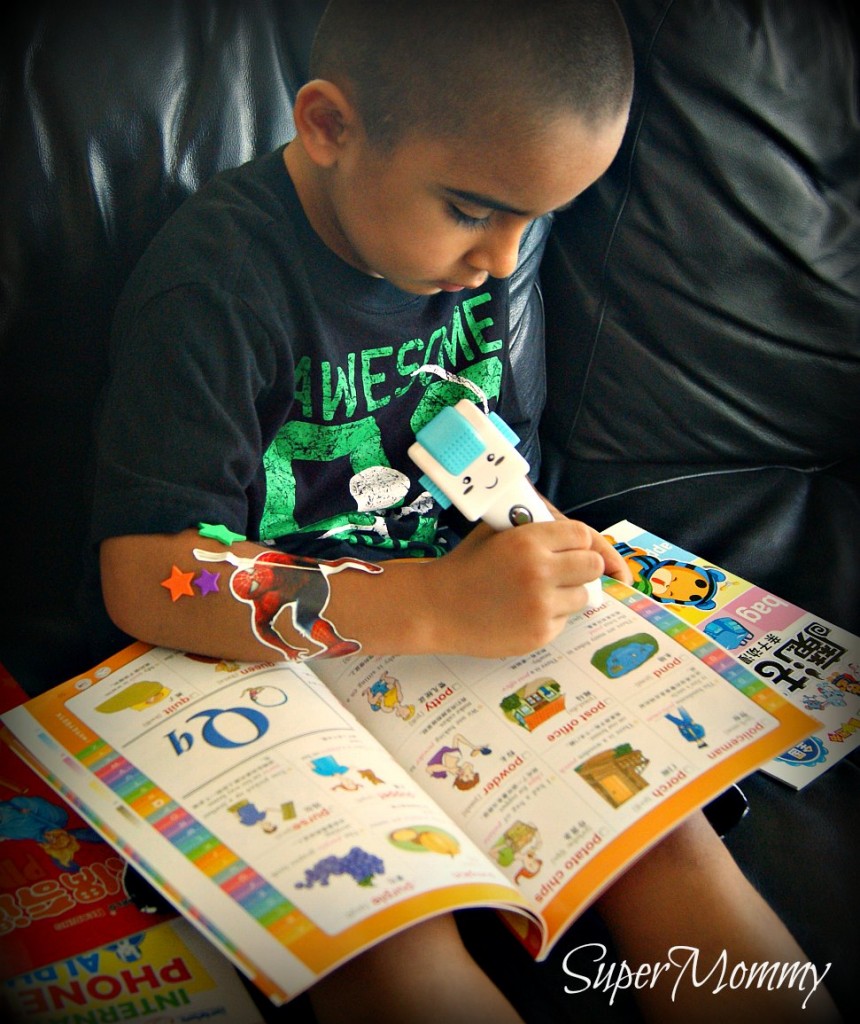 Now when we are “studying” Mandarin. I can quiz my son and know the right answer. It is actually fun using the Pen and the compatible books. Even though I still sound a bit ridiculous with my American accent trying to say some of these Mandarin words, at least I understand a lot more now that I have the Pen Pal Whizz.

The Pen Pal Whizz Acts As A RECORDING Device!

In addition to the pen you can purchase “voice recording stickers”. My son’s Mandarin tutor (the person who originally introduced us to the Pen Pal Whizz), uses the recording stickers to record Zayden singing during his lessons. This way she can track his monthly progress and play it back for me at the end of each lesson.

In addition to recording your child’s voice, you can record your own voice and make any book compatible with the Pen Pal Whizz. 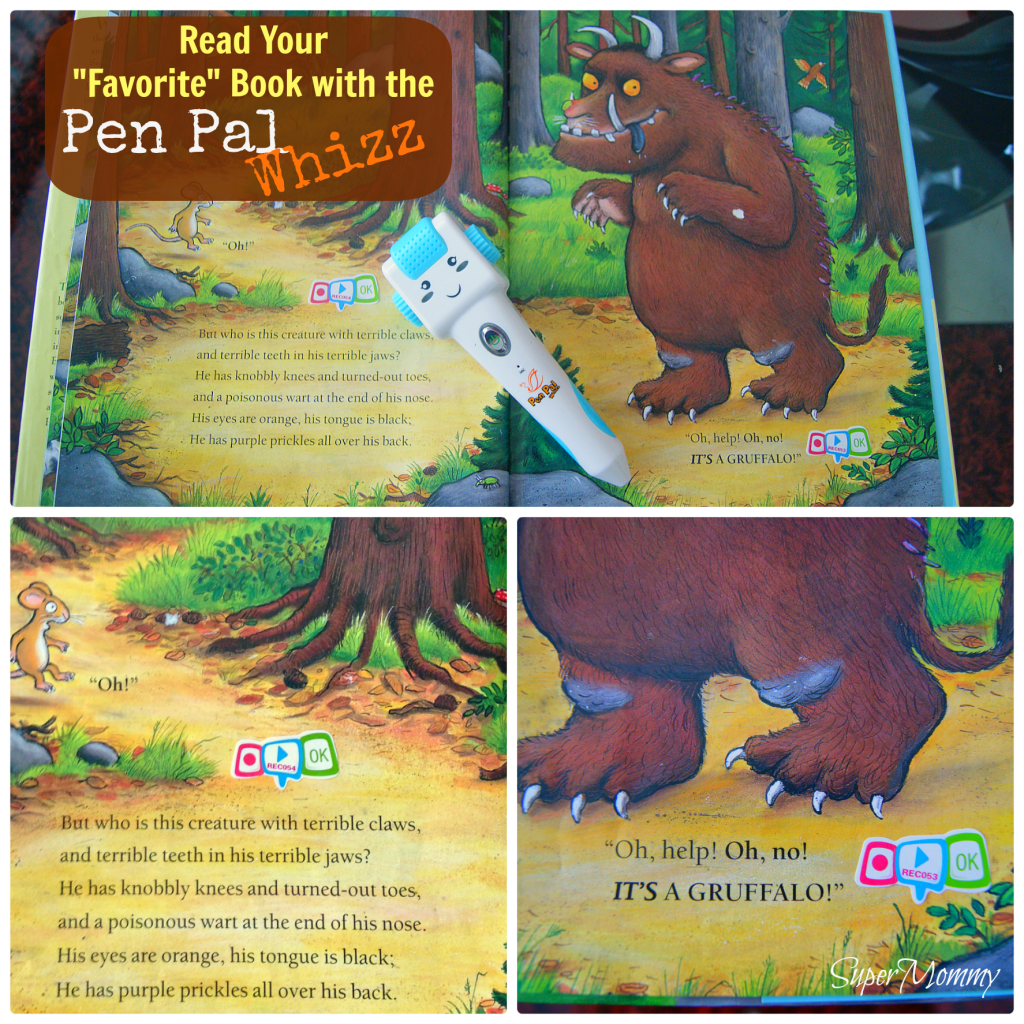 Just read and record each page on an individual recording sticker using the Pen Pal Whizz. It’s really easy to do – and if you mess up, the stickers are reusable. Then just stick the sticker next to the text of your child’s favorite book. Now they can read it over and over without your help!! This is especially good for those dads who travel a lot. Since the recording is in your own voice – it’s as if Daddy or Mommy is right there reading their favorite bedtime story!

Another thing you can do with the voice recording stickers is label various objects around your house with a brief description. You can either label them in English, or in any foreign language that your child is trying to learn. Your child can go on a scavenger hunt and look for the recording stickers. Then they can use the Pen Pal Whizz to learn all the new words. 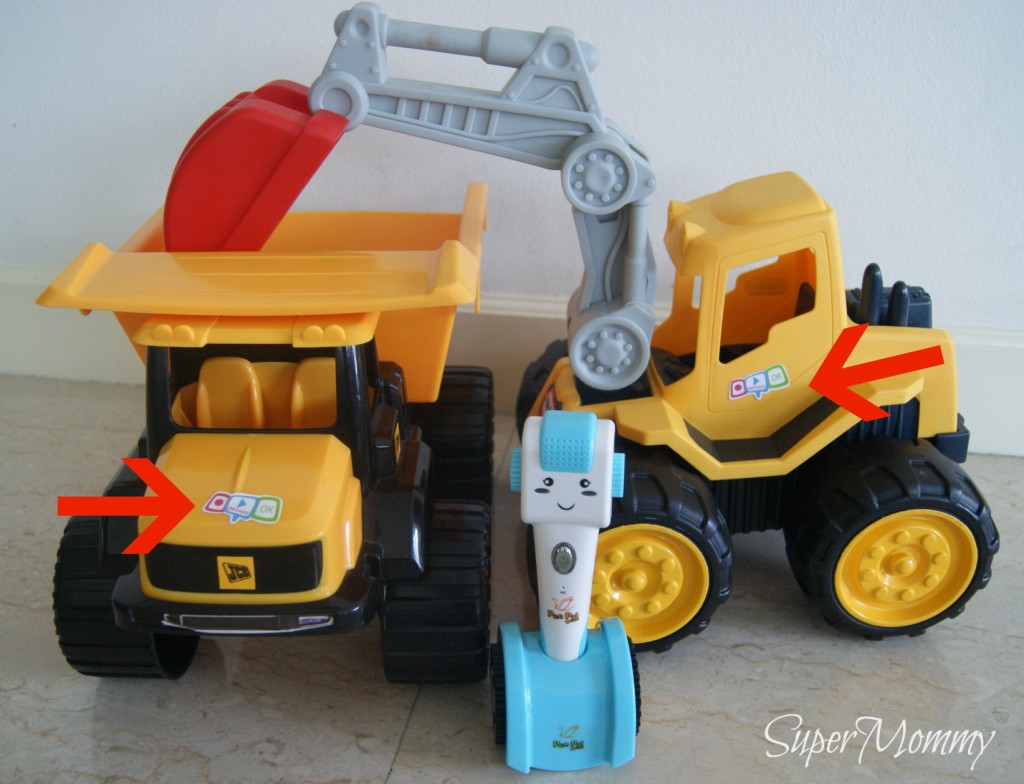 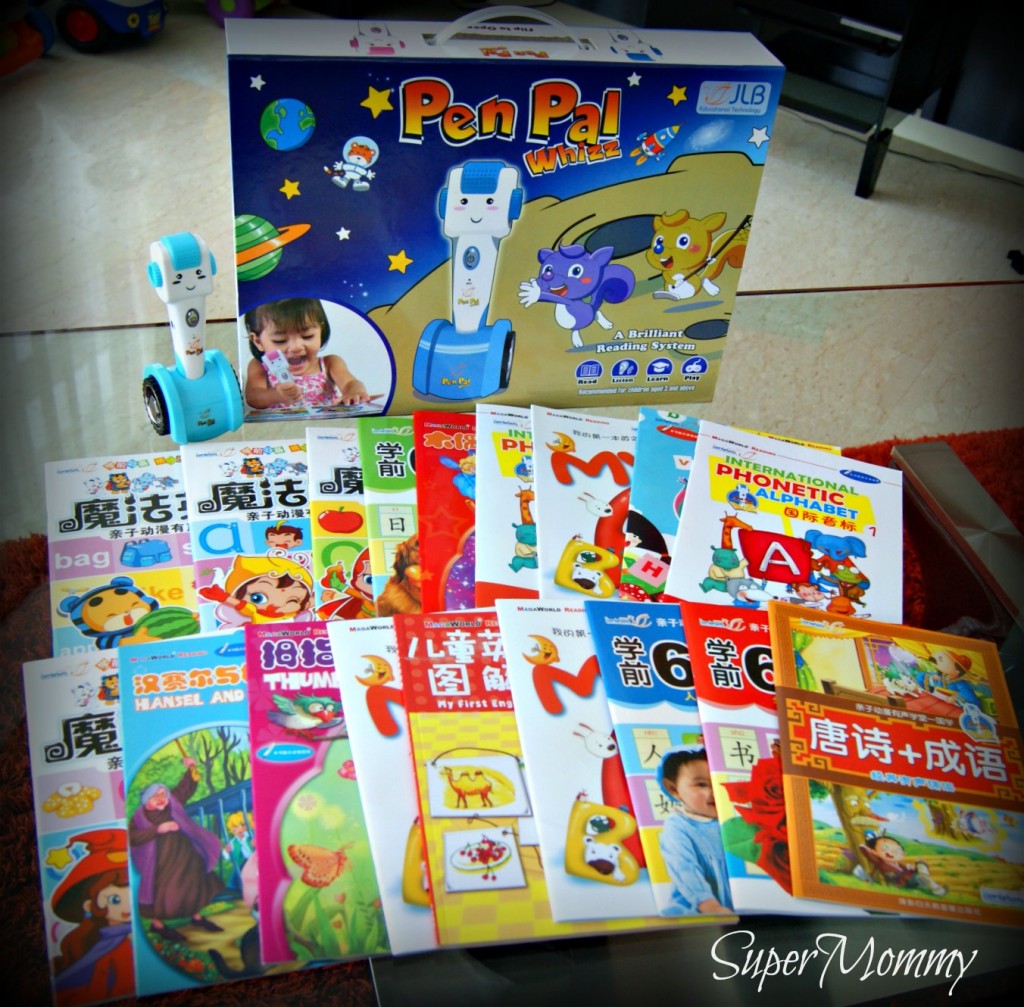 How much does it cost?  The Pen Pal Whizz Bundle costs SG$288. However, it is currently on a special promotion price of SG$188 (just check the JLB website for details). FYI – This is less than the price I pay for 4 private Mandarin lessons. The Pen Pal Whizz has over 200 books and is in the process of converting many more over the next few months (including many new early readers and Mandarin books). The books are reasonably priced ranging from SG$4 – SG$12. All the other add-on items are also fairly reasonable – MP3 Card ($2), Calculator ($2), Keyboard ($5) and a pack of 440 recording stickers ($9.90). 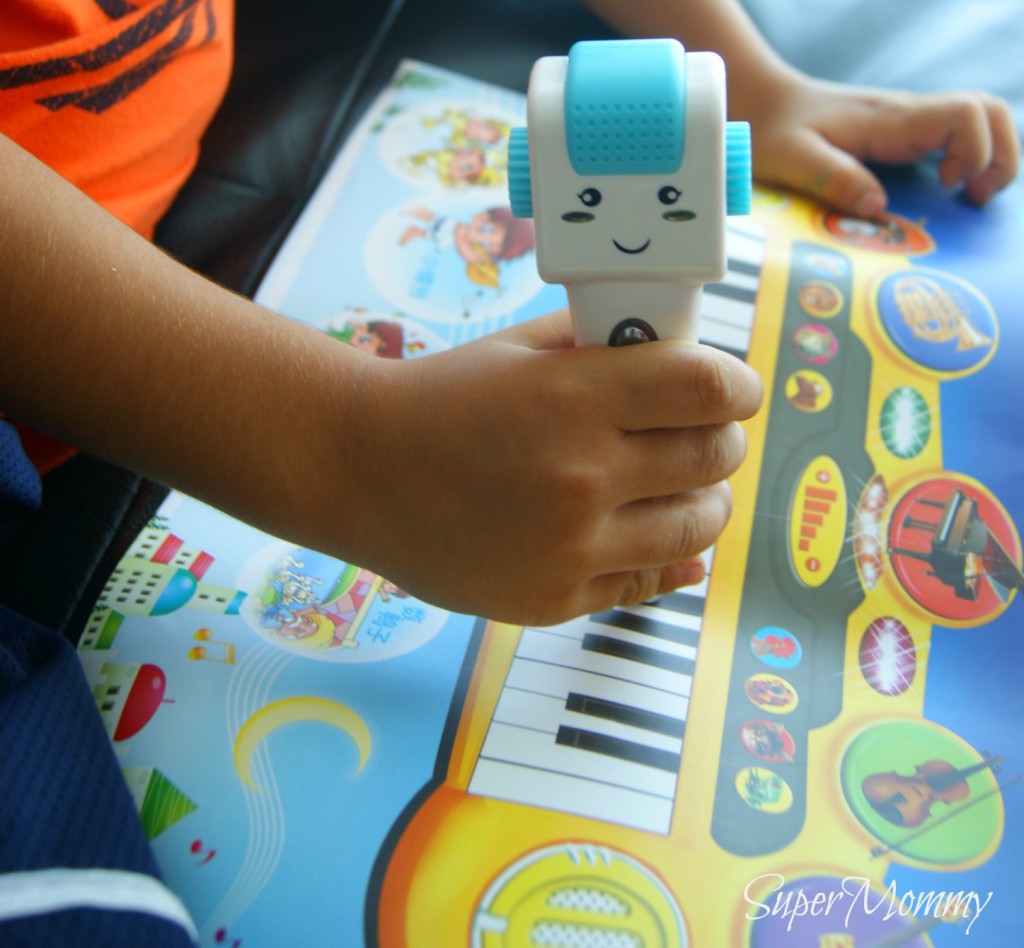 Where can I buy the Pen Pal Whizz? You can purchase the Pen Pal Whizz directly from the JLB website (free shipping) or at local bookstores (Tango Mango, Attic Pals, MPH Bookstore, Takashimaya, OG, Big Bookshop & many more).

SuperMommy’s Opinion: When I first told my friends about the Pen Pal Whizz, many of them compared it to the LeapFrog Tag. Even though they are quite similar, the Pen Pal Whizz provides two other key features, (1) MANDARIN and (2) The ability to RECORD. The Pen Pal Whizz is a great learning device and I highly recommend it!  Both my kids really enjoy using the Pen (although they do fight constantly on who gets to hold the Pen – maybe I need to get another one). I especially like the fact that the company keeps expanding their library of books. It’s nice that the books and additional materials are reasonably priced (shocking considering how expensive things are in Singapore). I have already purchased some of the additional books (not included in the bundle) – which both my boys love reading. In the future, we will be purchasing more compatible Pen Pal Whizz books to grow our collection. 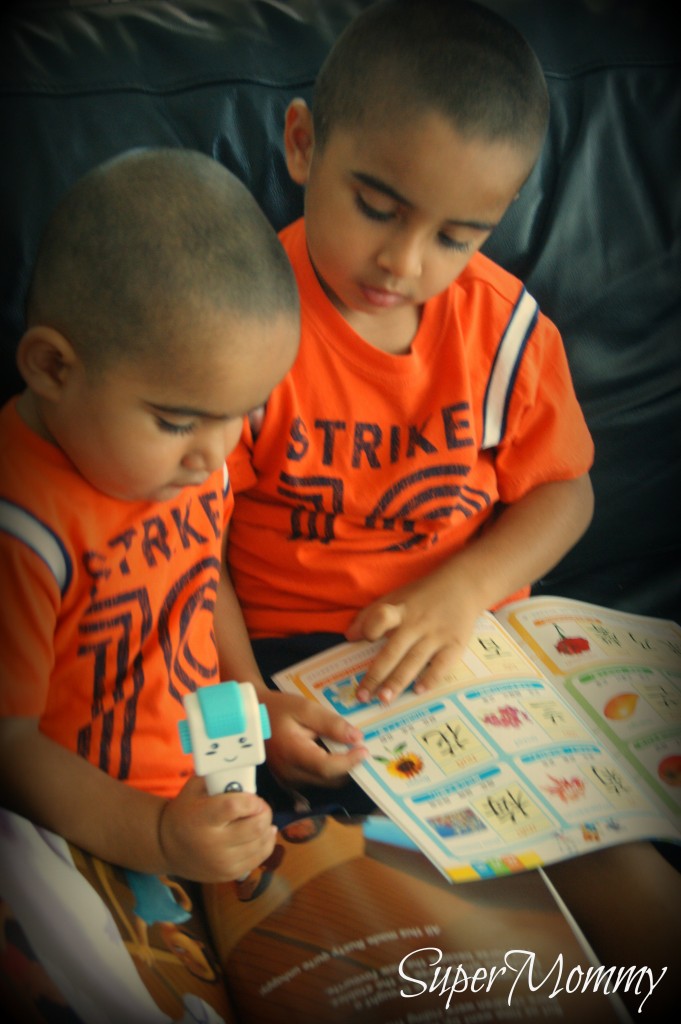 The Pen Pal Whizz Bundle Pack was provided at no charge for purposes of this review. All additional books and add on items were paid for by SuperMommy. No compensation was paid for this post. All opinions are
100% my own.