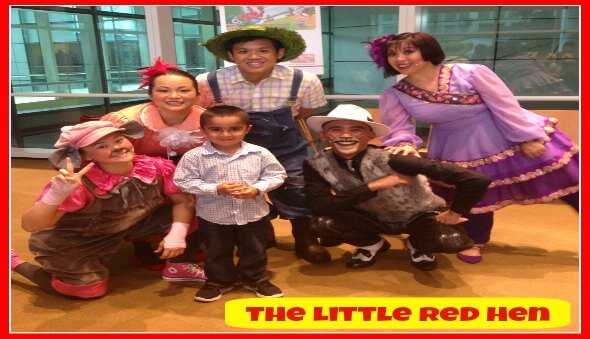 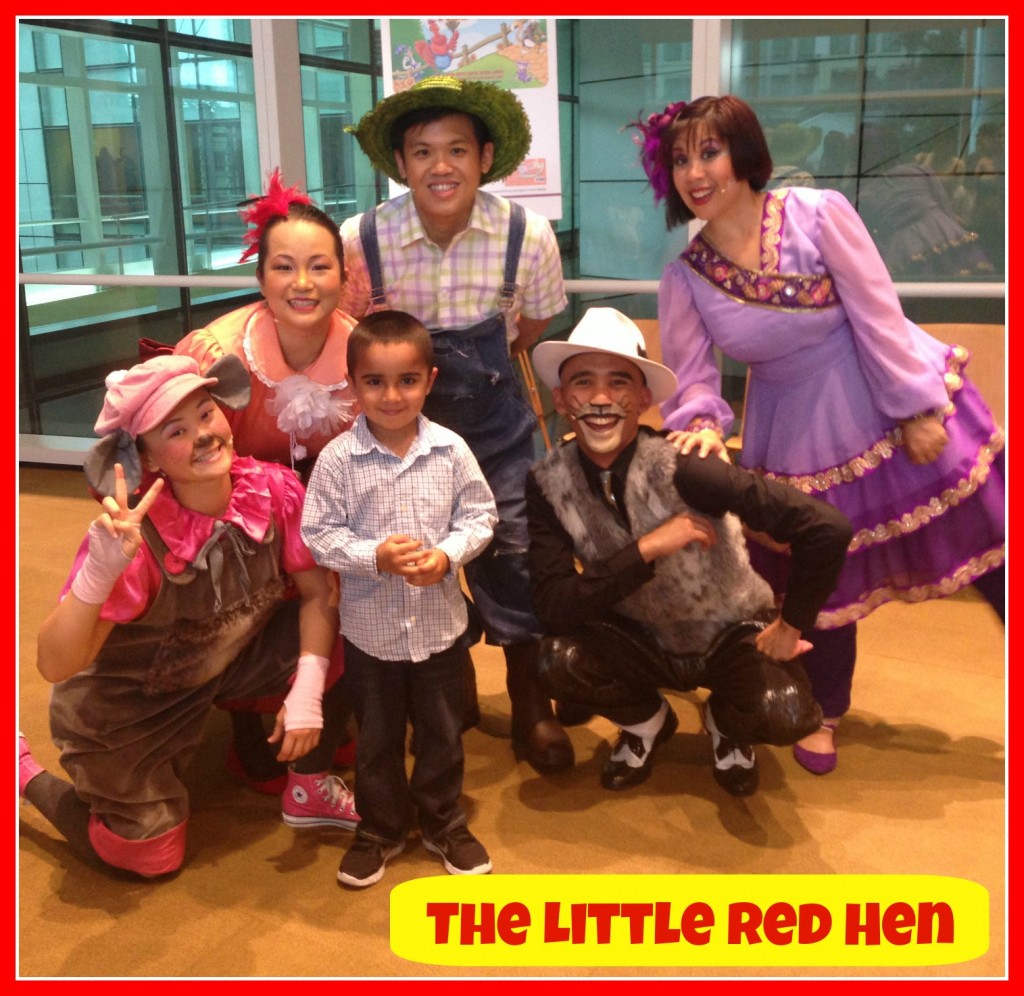 The Little Red Hen is a well-known kid’s story about friendship, helpfulness and perseverance. The stage production of The Little Red Hen is now playing at the Drama Centre Theatre (National Library Building) in Singapore until March 16th. My son and I were able to get tickets for this past Saturday and both of us just loved the show!

The Little Red Hen story is quite straightforward. It is about a hen that wants to make some bread. She goes through the process of planting seeds, growing wheat and finally making the bread. Although she asks for help from her friends, no one is ready to help her until the very end when it is time to eat the bread. In order to make simple story come to life on stage, this iTheatre production of The Little Red Hen used many original songs and coordinated dances to convey the story of the hardworking Little Red Hen’s process of making a loaf of bread. 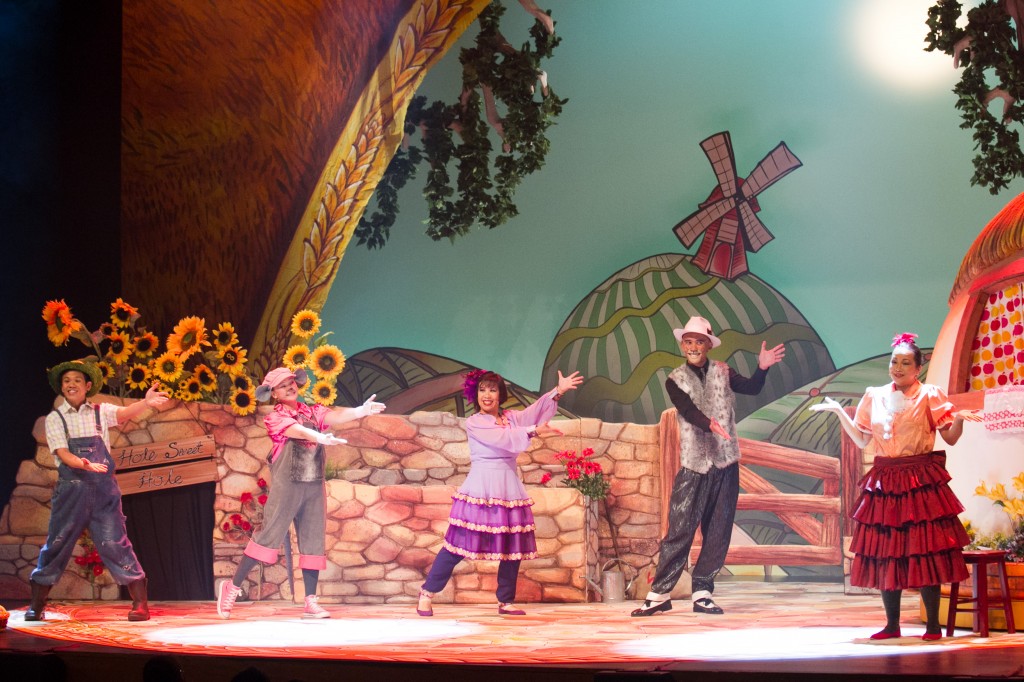 Although the main character has always been a “little red hen”, the Hen’s barnyard animal friends vary in all of the different versions of this story. This version by the iTheatre uses a cat, a mouse and a goose to tell their story.

The Cat “Zebo” was a cool cat, he had slick moves,  funky clothes and witty lines. 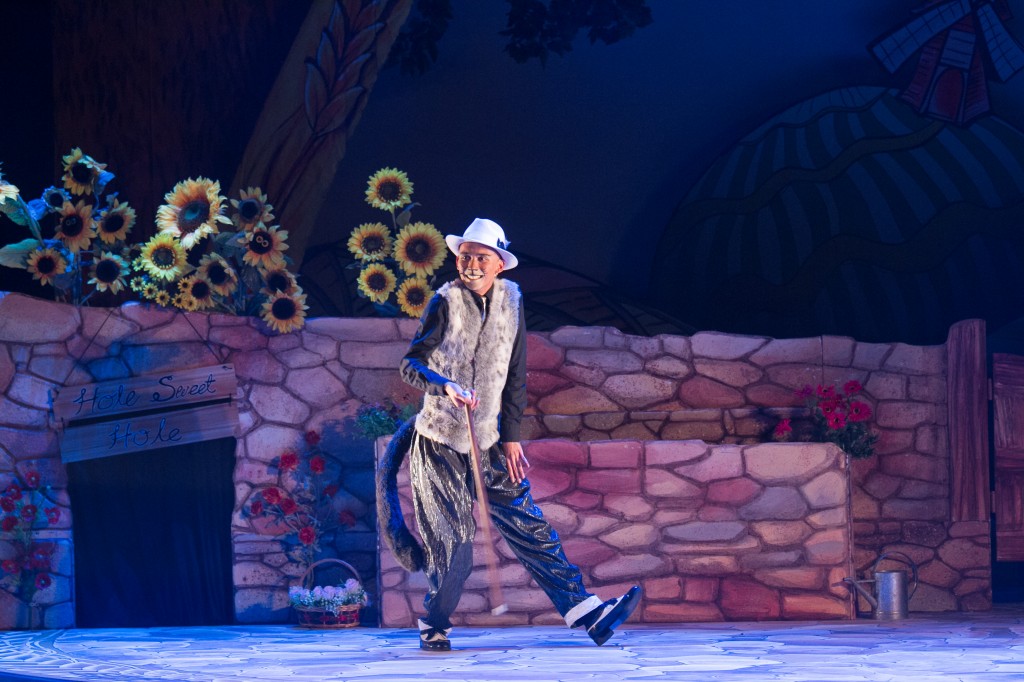 The Goose “Esmee Chakkabutti” was a straight from Bollywood. She spoke with an Indian accent and knew all the Bollowood dance steps. 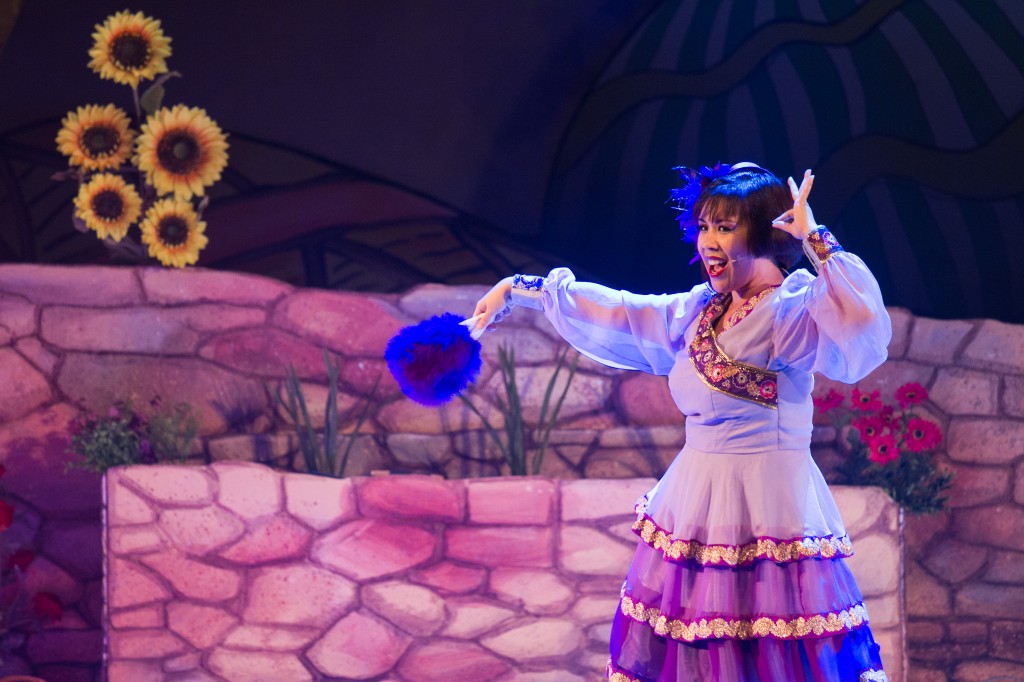 The mouse, “Charmaine Cheesworthy III” was a chatty little fellow. His character was supposed to be that of a friendly, but annoying pest. 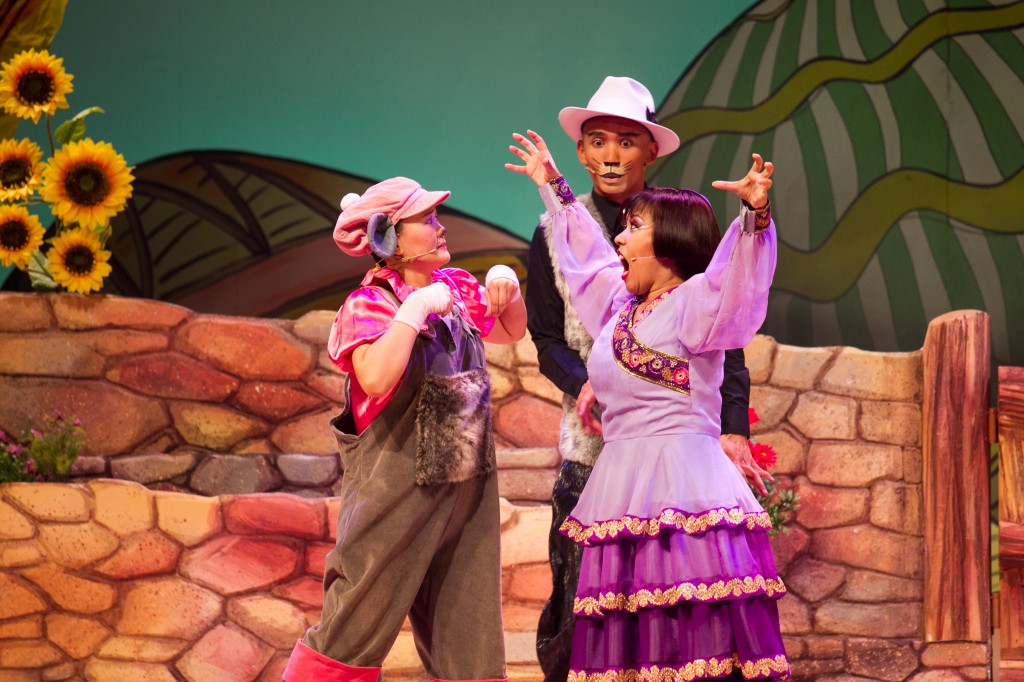 In addition to these animals, the production also included a Farmer and a Baker who were there to help the Hen to make her bread.

SuperMommy’s Overall Impression: The Little Red Hen  is perfect for children, both young and old. The story on stage was told with a lot of exaggeration, song and dance – which children and adults would find entertaining. The production has it’s own unique twists, which I found to be a lot more interesting and fun than the book we have at home. It was really interesting to watch how these everyday barnyard animals were able to light up the stage with their very quirky and interesting personalities.

There was also a lot of audience participation. Every time a question was asked like “where did all the animals go?” my son would get so excited at the chance to be helpful. He basically jumped out of his seat and would point and loudly shout out the answer. Additionally, I usually don’t comment on the stage set, but I thought the set was actually well constructed; the bright colors and overall layout of the set was appealing and helped bring the story together. 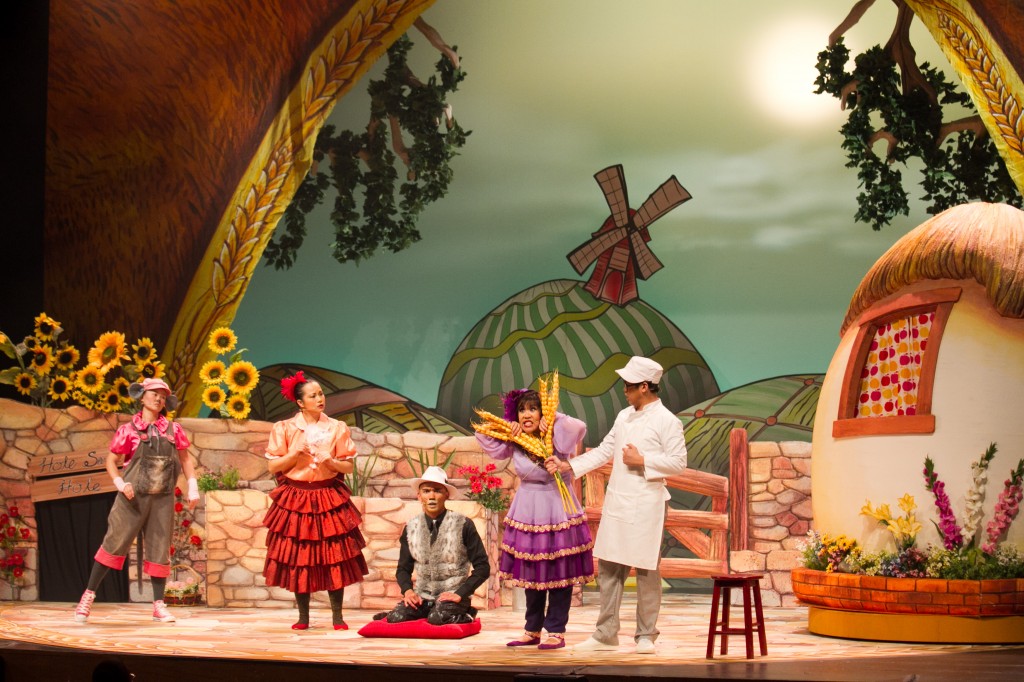 My Son’s Favorite Part: My son especially liked when the wheat came up out of the planter box. The audience was distracted by all the acting that they did not see the wheat “grow” – so naturally my 3 1/2 year old was very impressed. His favorite character was the Goose – he liked her Bollywood dance moves and crazy antics. Both my son and I actually liked the Little Red Hen’s baby chicks The small stuffed “puppet” chicks just danced and hung around in the background, they had no speaking lines, but I thought they were really cute. 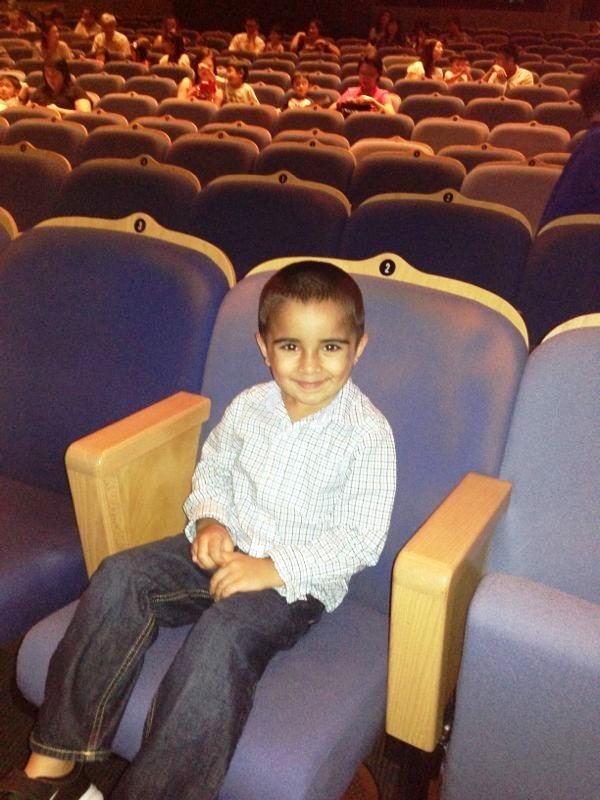 Would SuperMommy Recommend The Little Red Hen? Yes, I would recommend that parents take their kids to see The Little Red Hen. I thought it was really entertaining and very easy to follow and understand, so I think the kids would enjoy it. I also liked the fact that the story revolved around “hard work” and had a positive message at the end.

Note: The Little Hen production we attended was fully sold out. There are still some tickets left for the remaining shows which you can buy through Sistic, but I would act fast is if you want to attend.