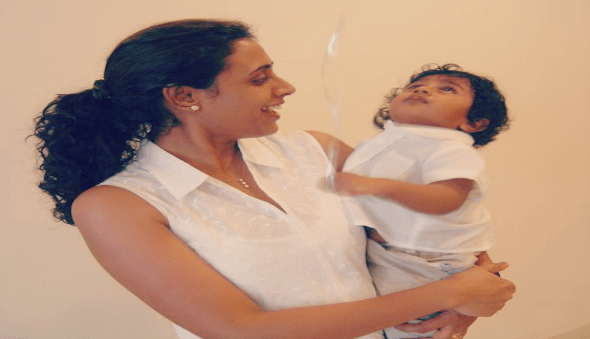 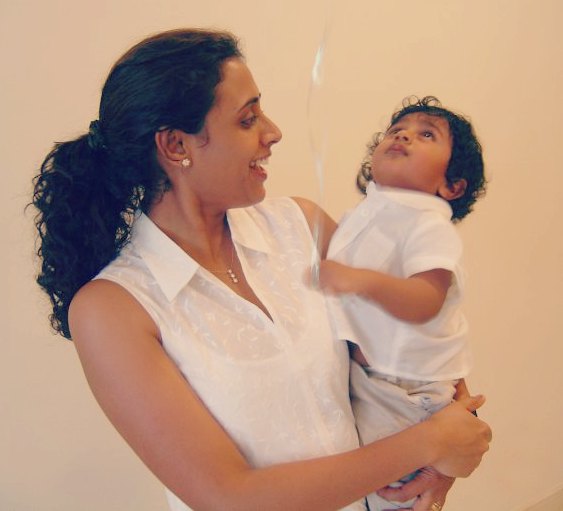 Featured Super Mom Sridevi Ramaswamy has two little boys, Akhil (age 5) and Harsha (age 2). Sridevi spent her time growing up pretty much all over India, from Ahmedabad to New Delhi. She then went on to study and work in Mumbai, graduating with a bachelors in Mathematics and a masters in computer applications. She also lived in Bangalore before moving to California. The traveling didn’t stop there as she’s now living in Singapore.

Before having kids, Sridevi wrote software and managed software projects for several different employers, Oracle in India and California, a hedge fund start up in New York and a global bank in Singapore. Although she still works part time as a software project manager, Sridevi is now working on realizing her dream, to design western clothes with an Indian twist. 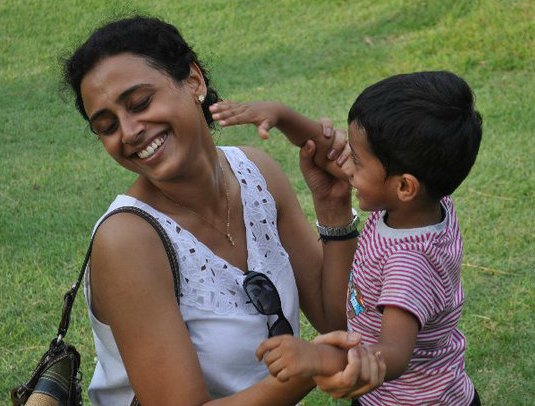 After having her second son Harsha, her dream came true as she started her own apparel line called Askha, a combination of her sons’ names, Akhil and Harsha. Sridevi’s first collection was launched in March 2013. She often jokes that she now has three children to look after! Aksha uses Sridevi’s love of luxurious Indian fabrics and intricate handicrafts to create contemporary clothes for the “effortlessly chic woman.”

Sridevi noticed a gap in the market for limited-edition, beautifully embellished, yet wearable women’s clothes. At Aksha, expect to find elegantly crafted pieces, created with Sridevi’s personal touch of individually sourcing each fabric herself. Introducing a contemporary style with Sridevi’s Indian twist, check out Aksha here.

“It gets better and other lies people tell new mothers”

Sridevi once saw a book in the library with this title. Although she thinks motherhood is not that bad at all, she definitely wouldn’t say it was easy. It’s very common for us mothers to beat ourselves up very often. Sridevi’s advice would be to not do this. She says that once day off schedule or the house being messy sometimes would not make a difference in the big scheme of things.

Sridevi describes herself as a strict parent but only when it comes to some things. She says that, “a handful of rules makes it easier for everyone.” But at other times, she’s a friend and wants to continue to be one as the kids grow up. 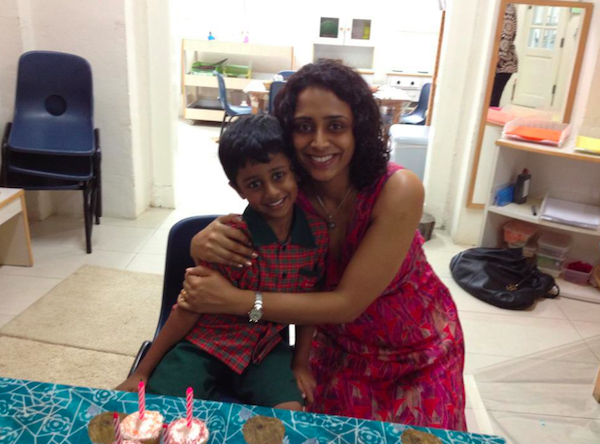 Although Sridevi and her husband look back on the wonderful times they had before their boys showed up, visiting natural parks in the US and the tulips in Amsterdam. She says, “despite the extra baggage (diaper bag, stroller et al) today, our holidays with the kids and our parents are among the things we cherish the most.”

Between the kids, home, and work Sridevi rarely has any spare time. She says, “before life got so hectic, I used to enjoy sketching and drawing with charcoal and pastels. I also enjoy cooking, experiment in the kitchen – I pull up a recipe of something that sounds tasty off the Internet, and tweak it to make it healthy!” 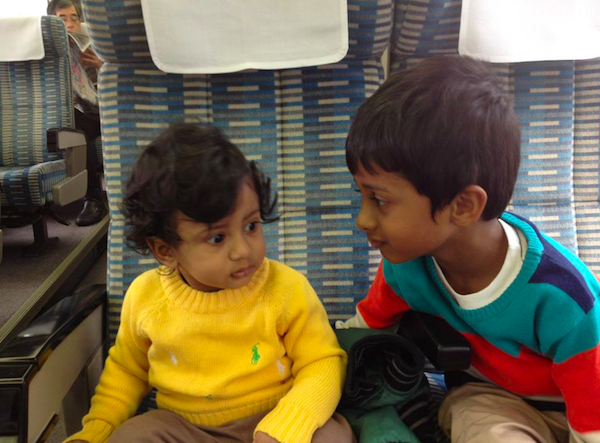 If she could have one super power it would be…“to increase the number of hours in a day so I could get all my stuff done.”

Her Role Model is…“My mom – her ability to stay calm and patient at times of crises has always amazed me.”

If an alien came from space and asked her what is a “mother” she would you say…“The most selfless, loving person you would ever have in your life. She would be the only one to think about you first before anything and anyone else.”

Sridevi’s favorite quote is….  “Do not let the results be the purpose of your actions”.

What will her kids be when they grow up… “I just want them to be happy, loving, grounded and learn to respect each person for what they are. One thing I do not want to do when my kids grow up is to measure my own success / achievements with theirs, or push them to do things that I could not when I was younger.”

Favorite Family Activity… “As a family, we all love to travel and see new places.”

Hobbies or Special Talents… “My hobby earlier was sketching. Now, I focus all my time on working on the designs for my next collection.”

What she loves about being a mom…“It is amazing to watch kids learn and grow. Their imagination opens our eyes to things that we have lost the ability to see – sometimes, when my older son asks me questions, I can’t help but wonder when and why we as adults stopped thinking like that!!”

Before becoming a mom… “I wish I had understood that no matter what anyone tells you, having a baby is an overwhelming experience, both emotionally and physically. One has to accept that it is a unique journey for each person.”

Lessons learnt after becoming a parent….“Firstly, I realized I was much stronger than I thought physically (I could have never imagined I could do without sleep for years!!) Second, I realized motherhood just makes “super” multi-tasking an essential part of life and I didn’t think I was good at it.  I guess this would be something most mothers would have learnt.” 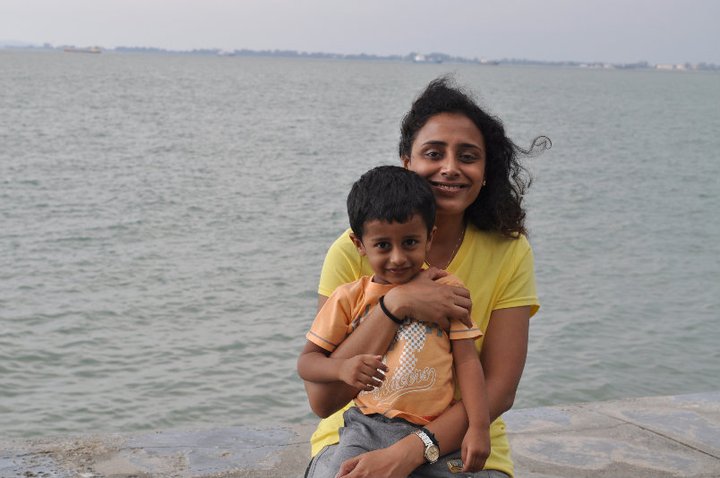 Sridevi thank you for being such an amazing Super Mom. Keep up the Good Work!