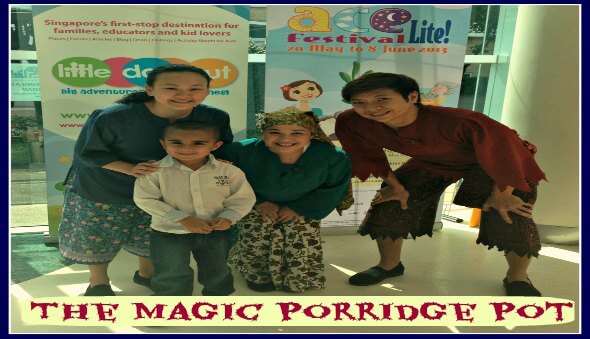 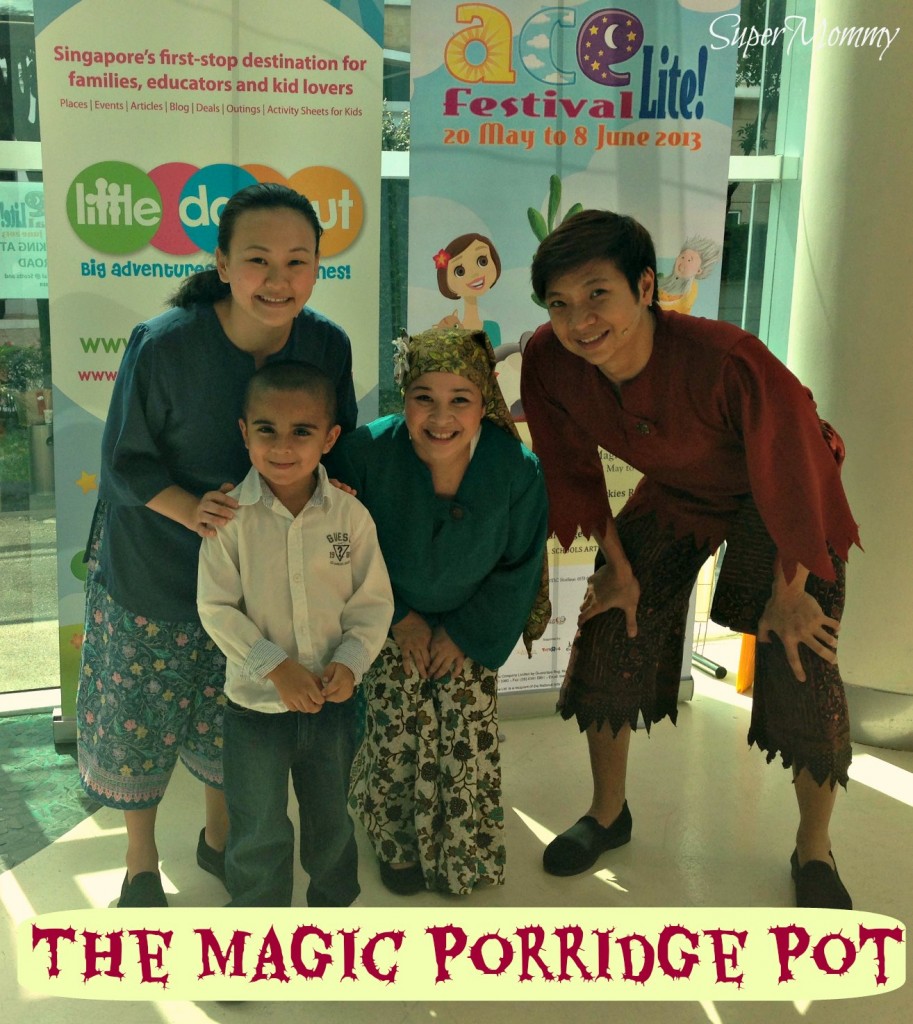 This past weekend Zayden and I got the chance to see the iTheatre’s production of The Magic Porridge Pot at the Alliance Francaise Theatre. Many of us are probably very familiar with the Magic Porridge Pot story about a pot that cooks unlimited amounts of porridge. Although the story was written by the Brothers Grimm many years ago, many different versions of the story are told. 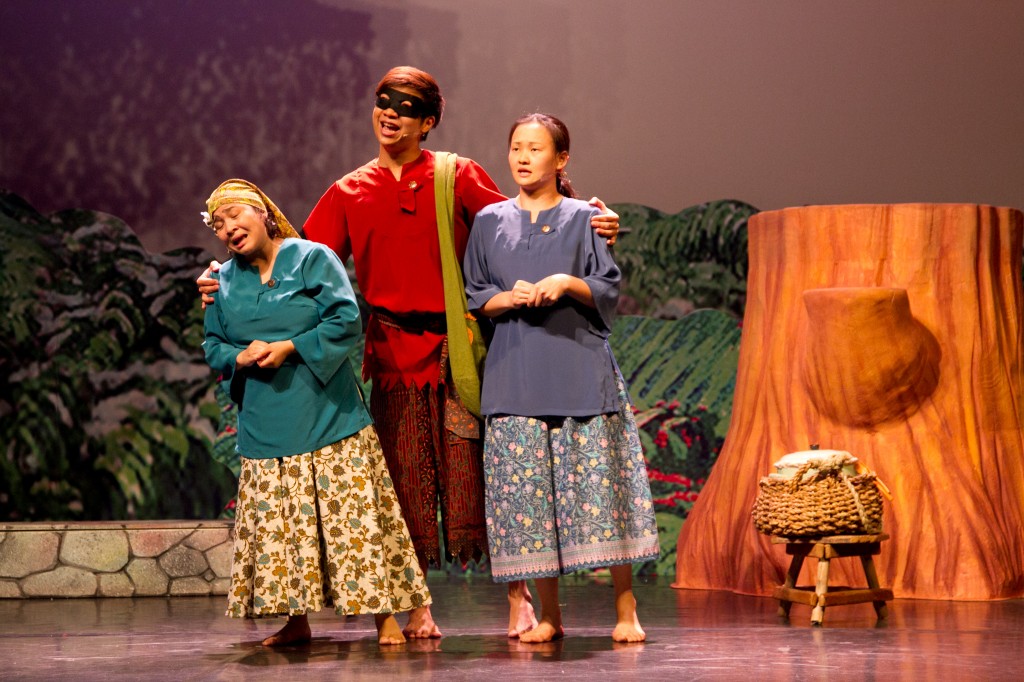 Like most of the iTheatre productions, The Magic Porridge Pot performance includes many original songs and dances. The story begins with magical creatures in colorful costumes dancing and chanting in an unknown language around the “magic pot”. Then each of the various characters are slowly introduced and creatively intertwined into the show. The characters include a poor little girl, a thief, an old “magical” lady and the little girl’s mother. 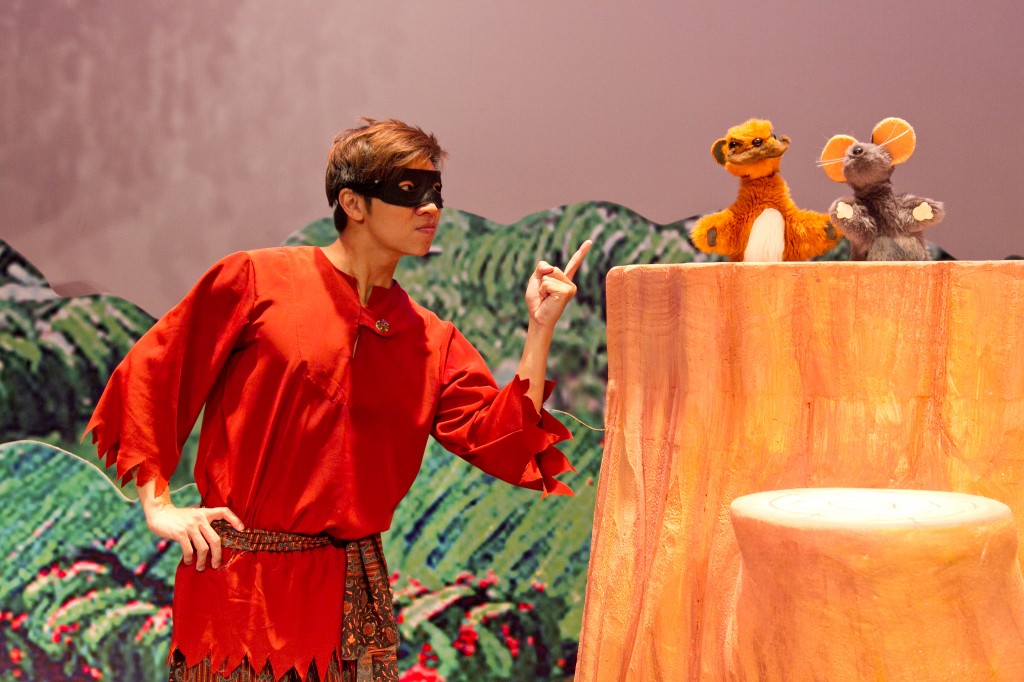 One thing that my son really liked about this production that was different than most of the other stage shows, was all of the audience interaction. This was by far one of the most interactive plays we have been to. The audience was even involved in the “cooking” of the porridge. Everytime the pot was required to cook, the audience would also do a dance and say the words “Cook little porridge pot, cook, cook, cook.” Everytime the porridge pot had to stop cooking, the audience had to say the words “Stop little porridge pot, stop, stop, stop” and then do a little dance (which reminded me somewhat of the Macarena). 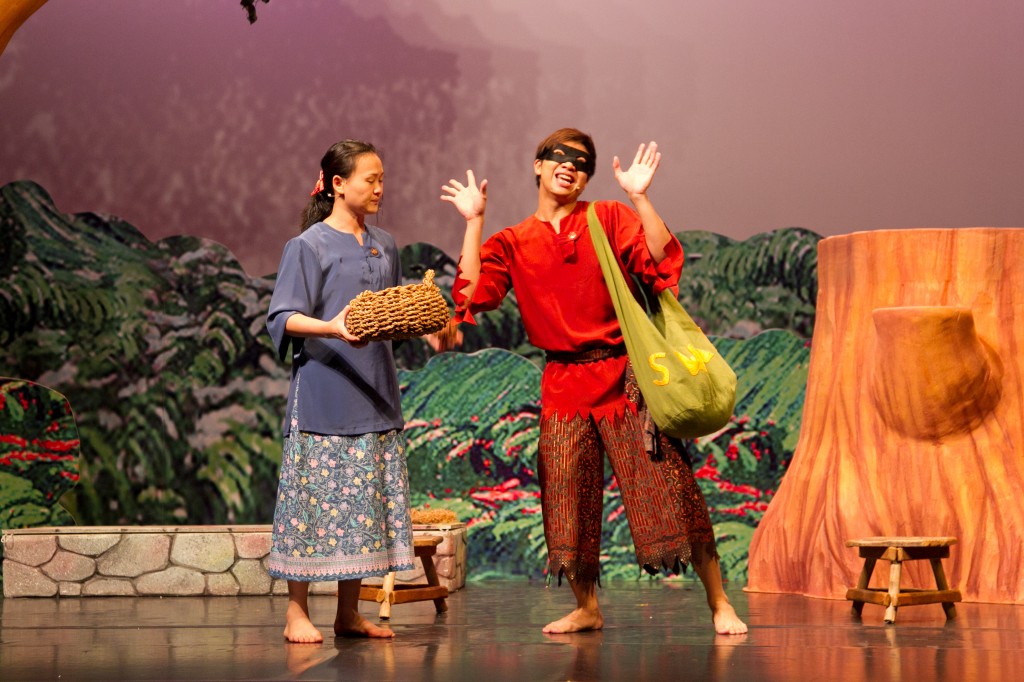 In addition to the sing-a-longs, there was also a lot of excitement around the excess amounts of porridge that came shooting out of the pot. Basically, when the porridge pot was too full, soft pillows started shooting off the stage. Many of them landed into the audience and you could just hear the shrieks of excitement. The children also had lots of other opportunities to respond to questions and shout out answers during the show. 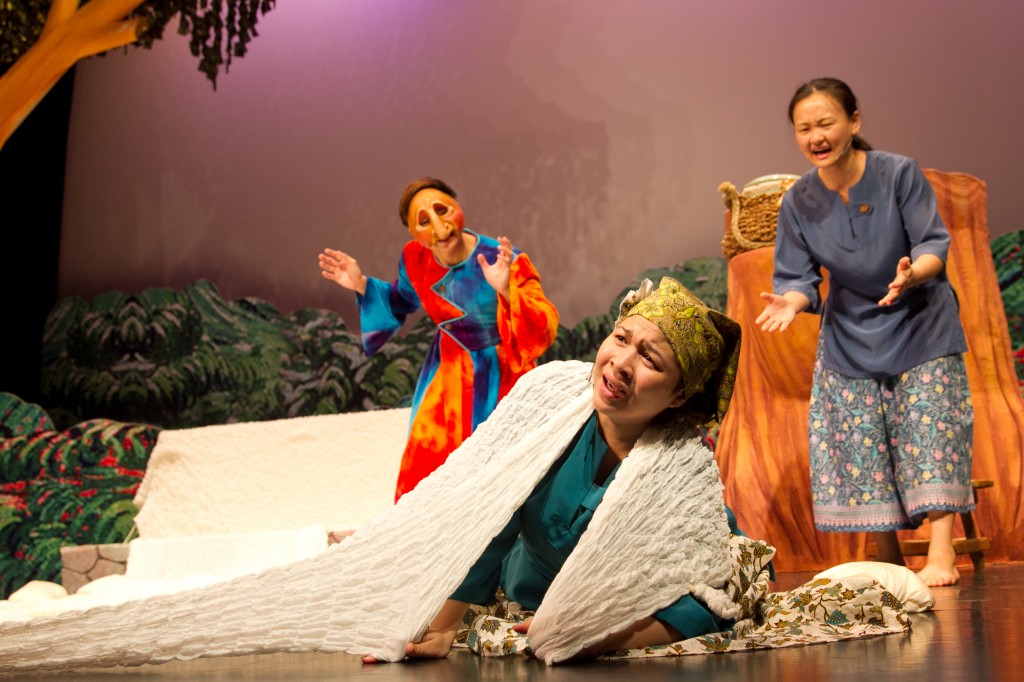 SuperMommy’s Opinion of The Magic Porridge Pot: We thought the show was good overall and really enjoyed the audience involvement. I thought the show was age appropriate and easy to understand for my 4 year old son. However, there were many kids that started crying as soon as the show began. The people sitting next to us and directly in front of us left within the first 5 minutes of the show. Just make sure your child is ready to watch a live stage production – it is a lot of money to spend for only 5 minutes.

The only negative we had  was that our book at home is very different than the iTheatre version of The Magic Porridge Pot. Throughout the show Zayden kept telling me “Mommy this isn’t the Magic Porridge Pot. Why did they show the thief at the beginning?” However once the show was over, Zayden did tell me he enjoyed the show a lot, but just that it wasn’t the same as his book. Guess next time I should find different versions of the same story before attending a stage production, so that they don’t think that their story is the only one out there –  (a good lesson for me to learn).

The Magic Porridge Pot is now playing at the Alliance Francaise Theatre until June 7th as part of the Ace Festival Lite series, which also includes The Enormous Turnip. Some tickets are still available and can be purchased from Sistic. Hope you enjoy the show.