The Adventures of “Monster Rock” – A DIY Birthday Piñata 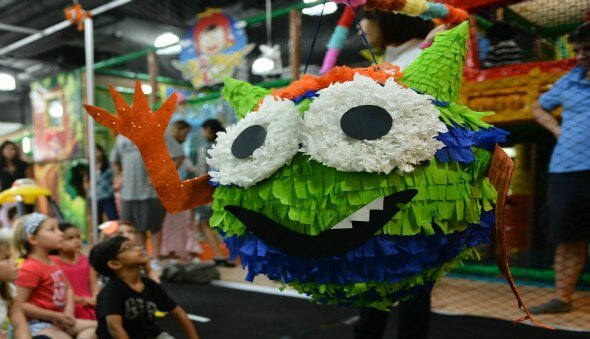 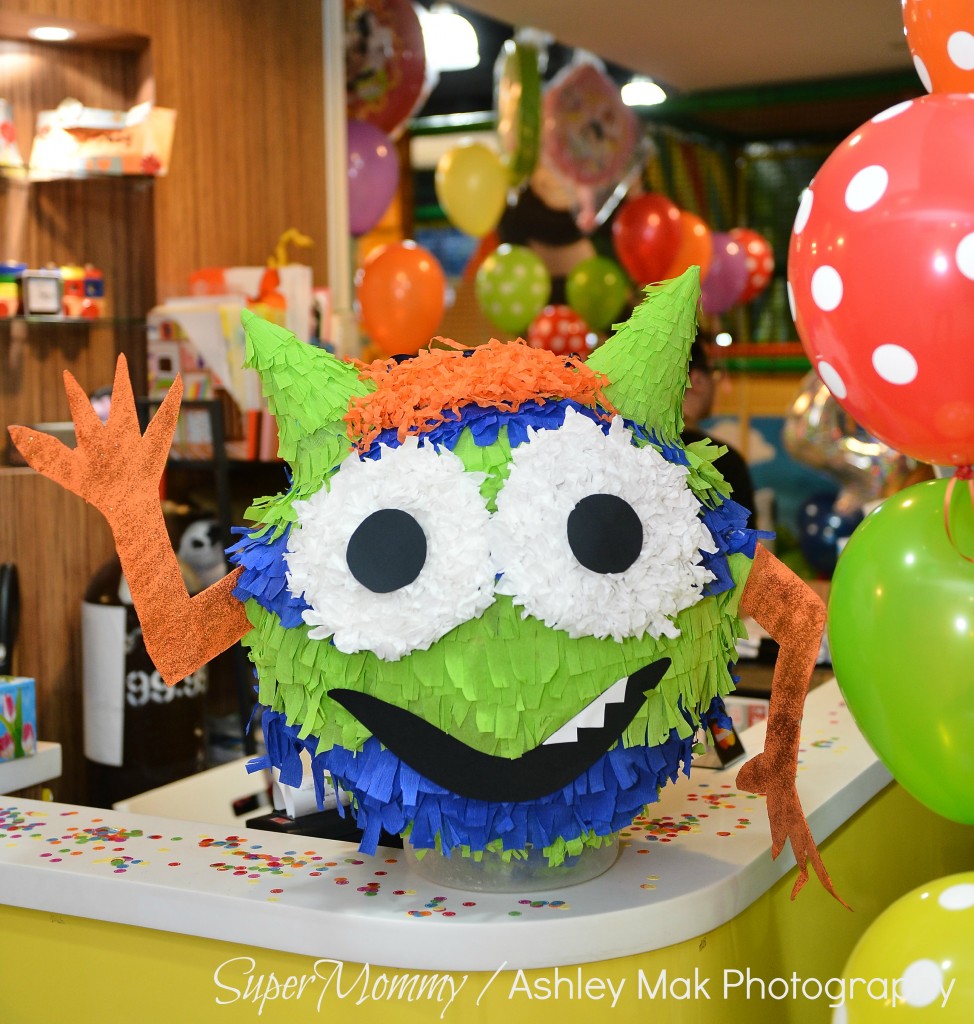 Since I decided to do a completely random theme for my son’s 4th Birthday party -“Rainbow Polka Dots with Cute Monsters”, it was impossible for me to find a piñata for the party theme (especially in Singapore). 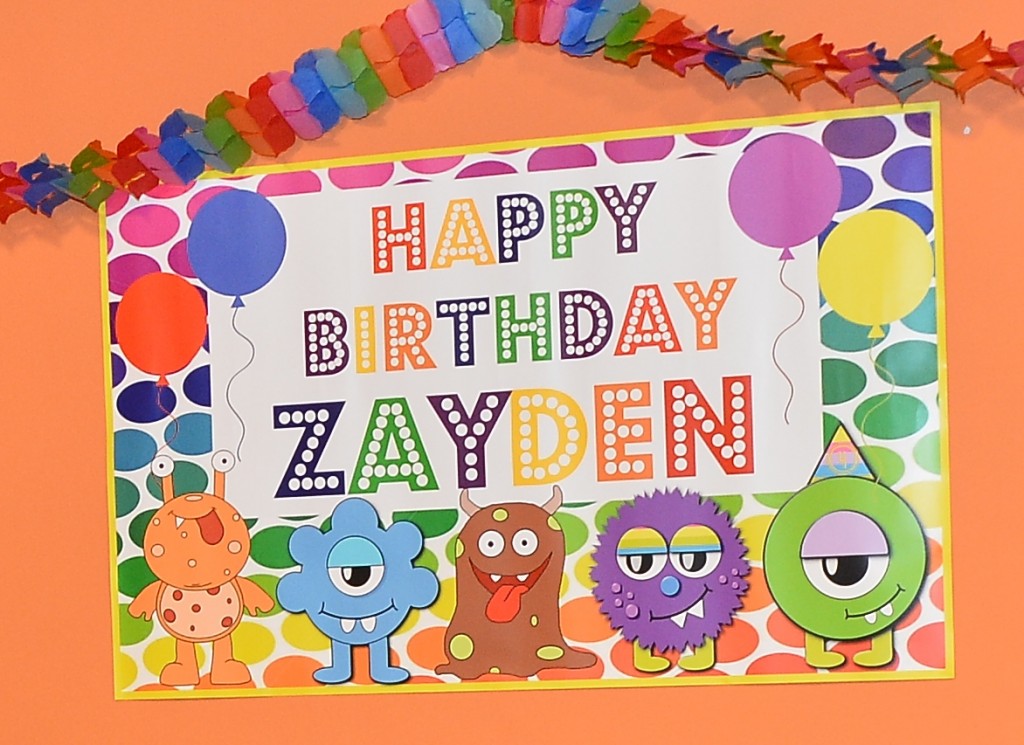 So of course I had the brilliant idea to make my own. Trust me this was no easy task. Once my kids were asleep at night I spent countless hours making and decorating this monster. And if you are wondering, yes my husband thought I was crazy!

First I had to make a paper mâché piñata. Layer after layer of newspaper. I was only supposed to do about 4-5 layers, but I wanted to make sure that all the 50 kids at the party would be able to hit the piñata, so I kept layering and layering. (Click Here for the step-by-step on how to MAKE a piñata). 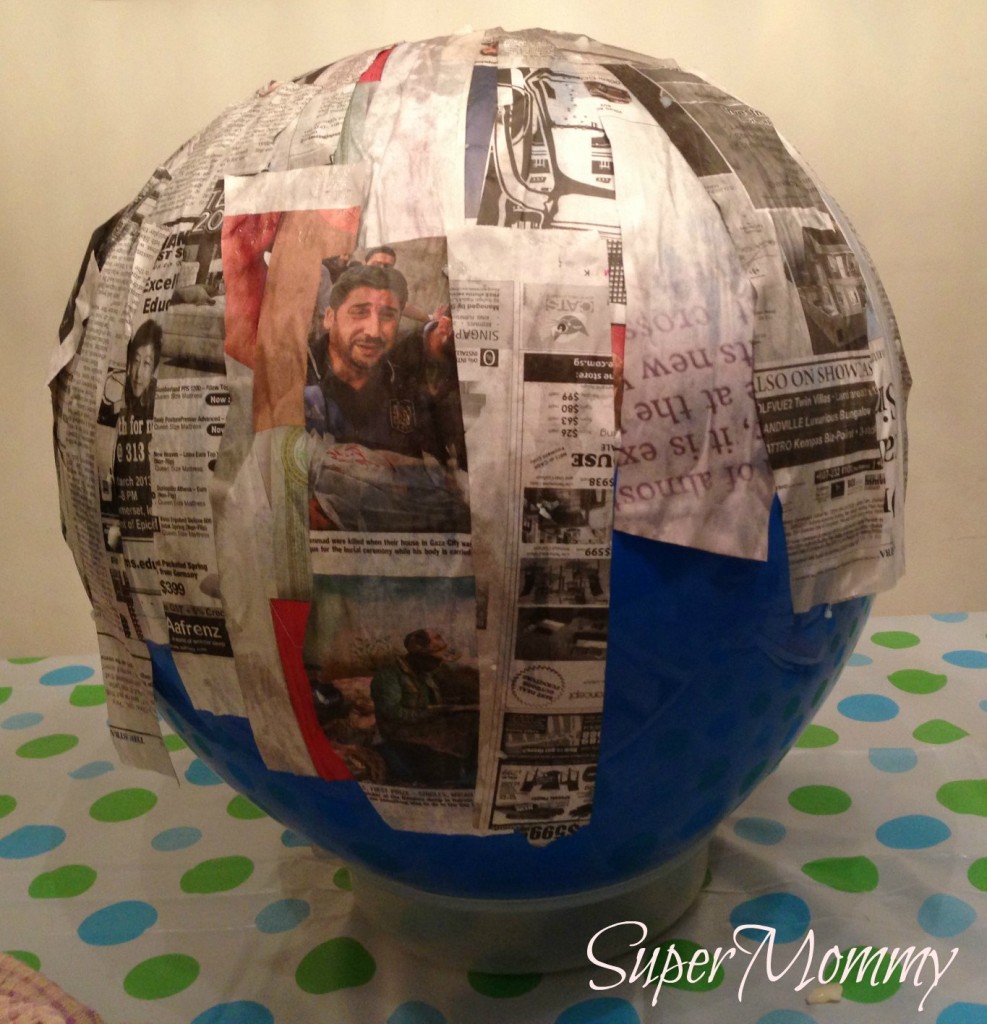 Once I was done with the paper-mache, then I had to decorate it like a monster. (Click Here for the step-by-step on how to DECORATE a piñata.) 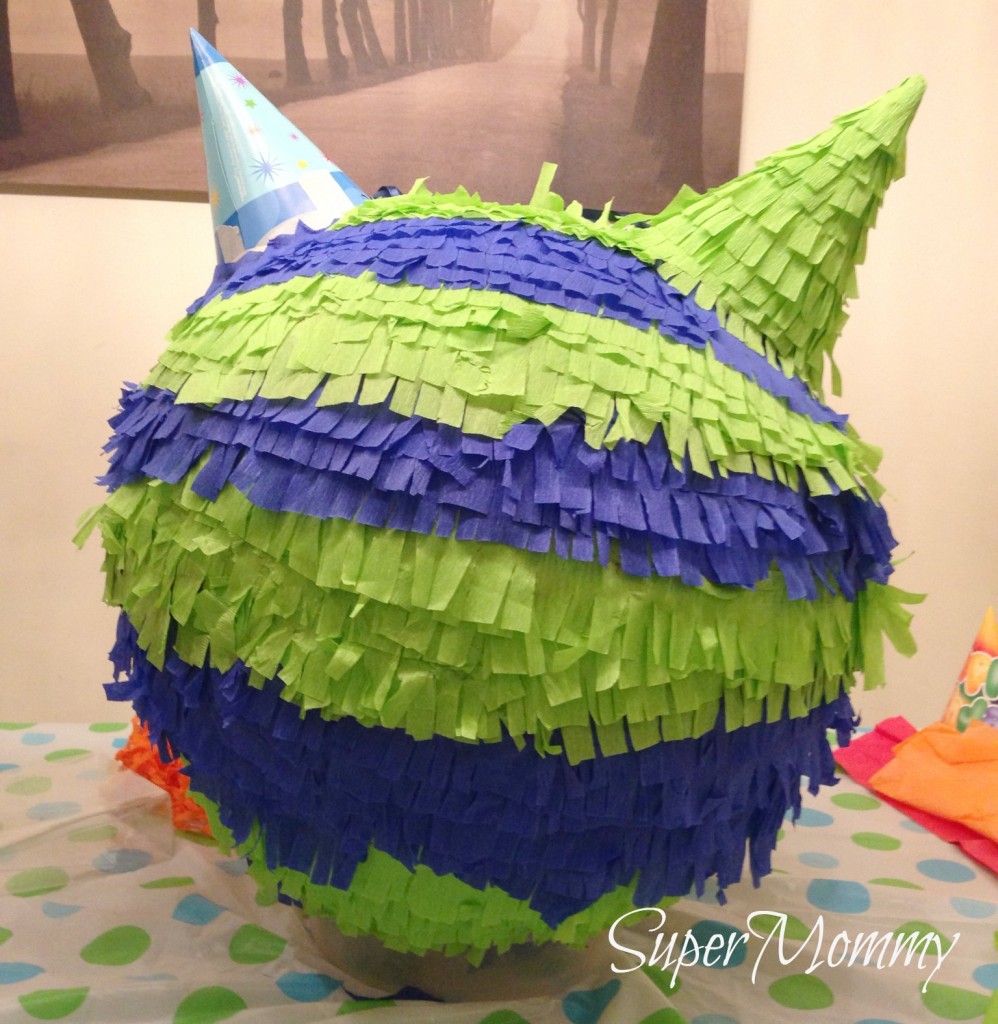 Prior to the actual birthday party, the finished piñata sat on our dining room table and watched us as we performed our daily routine day after day. My son decided to name the piñata “Monster Rock” after the Monster Rock show at Universal Studios. This is how “Monster Rock” came to be! 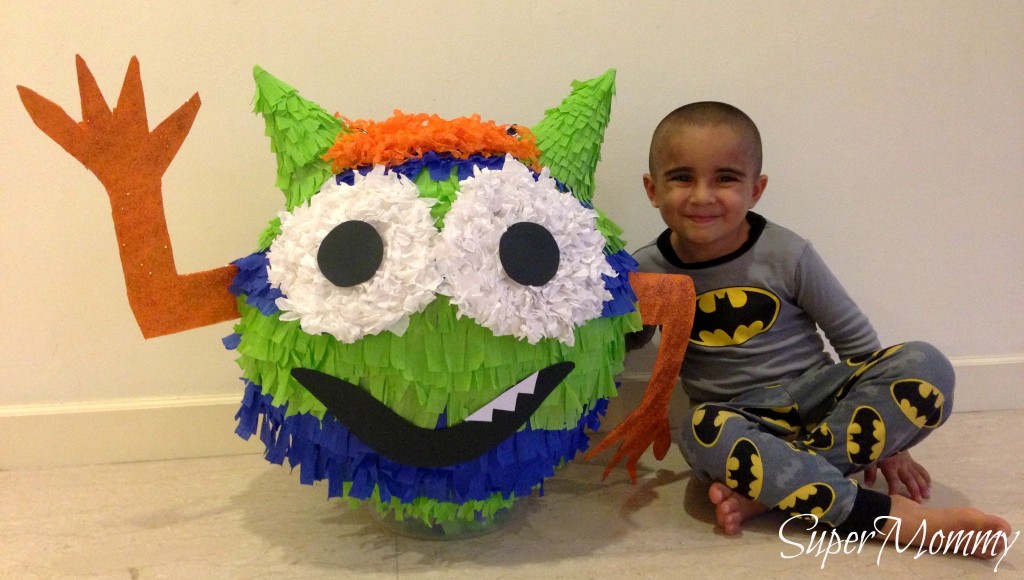 Now I know you are all wondering “What happened to Monster Rock at the birthday party?!?!? Was he classified as a light weight? Did he survive?” Here are all the details….. 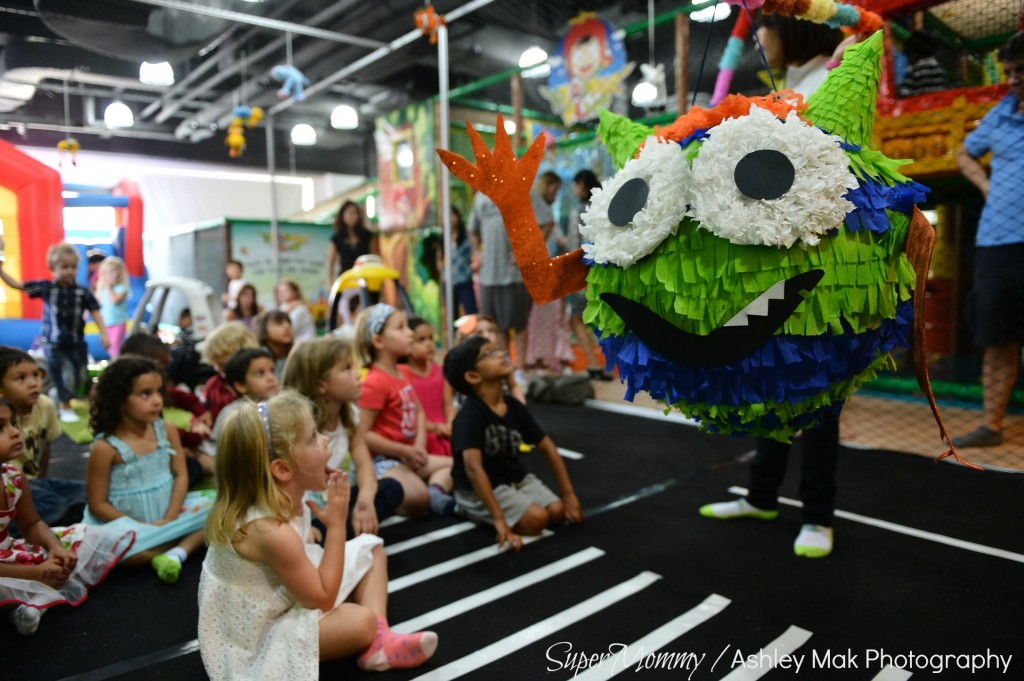 My friends who knew about my crazy “lets make my own DIY piñata” idea were naturally in awe of my great feat. The rest of the party goers were oblivious that SuperMommy had actually made Monster Rock. This homemade piñata was massive, about the size of my 4 year old (who is actually very big for his age), thus Monster Rock made an excellent “door greater” for the guests as they entered Playful Elves for the party (see the picture above).

Once it came time for the piñata all the kids took a a few shots at Monster Rock. Some kids took 2 turns each. Nothing happened. 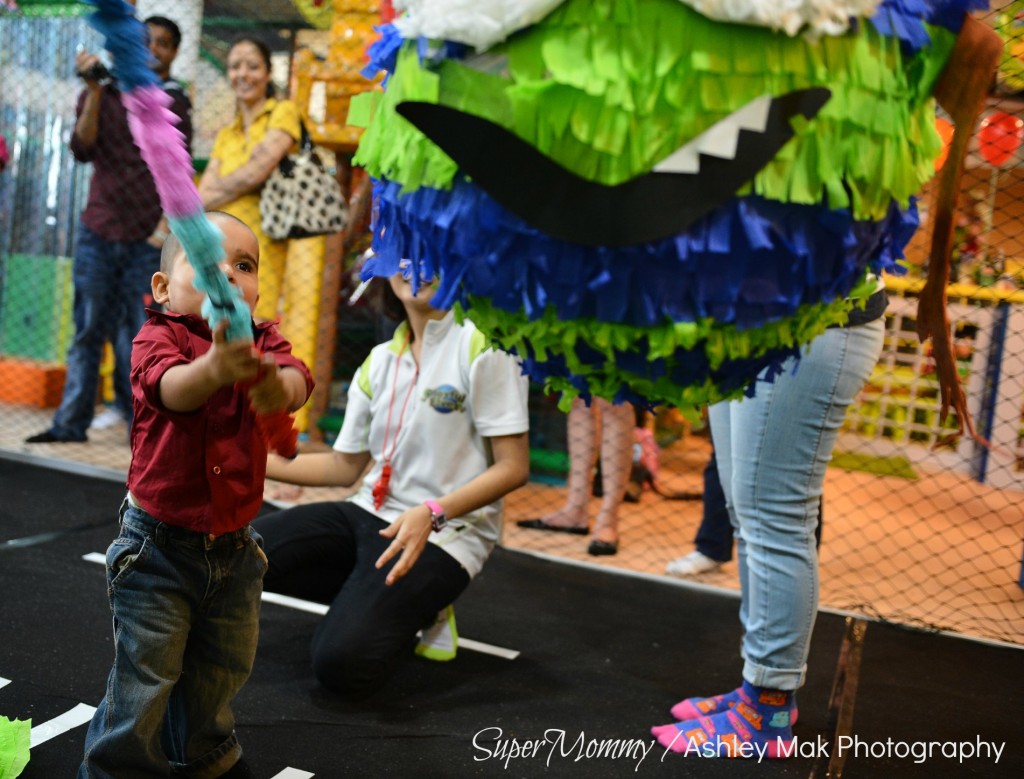 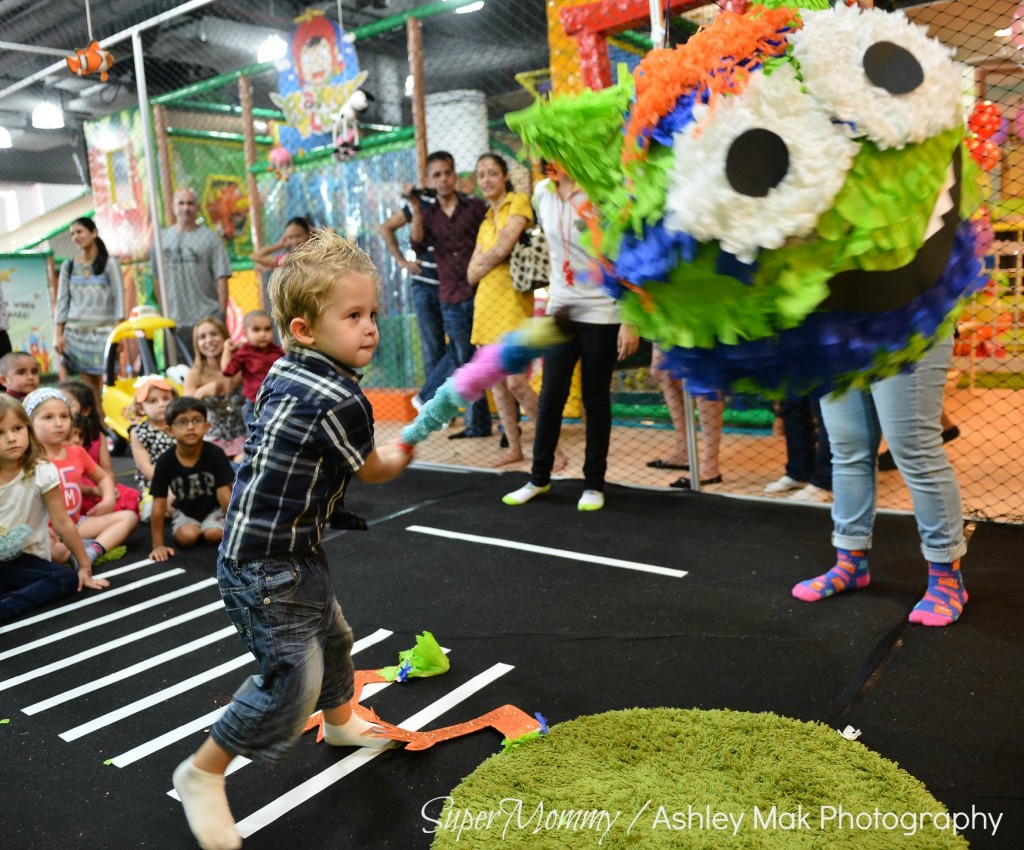 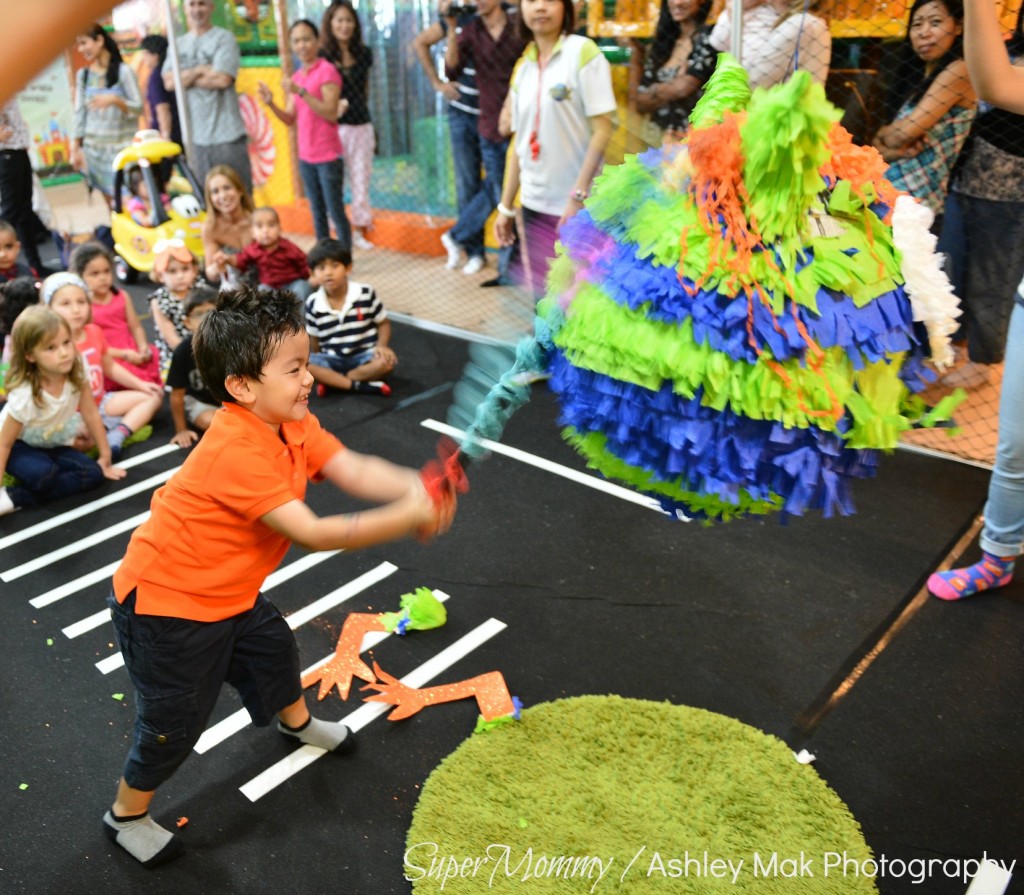 Then some of us moms took turns. We lost the arms…but nothing happened. 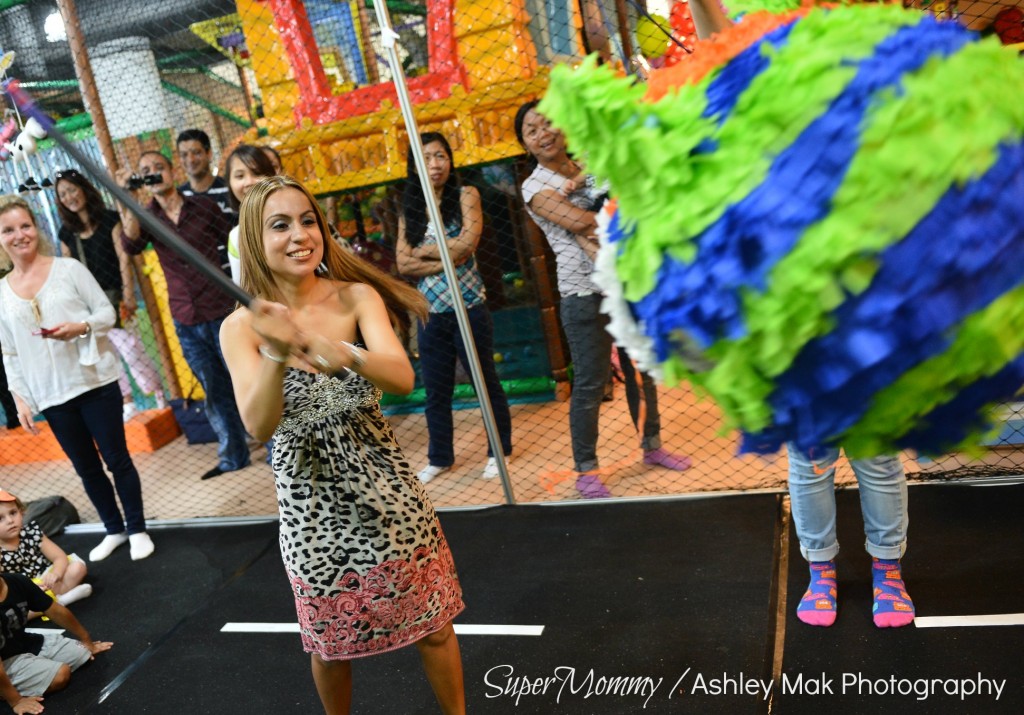 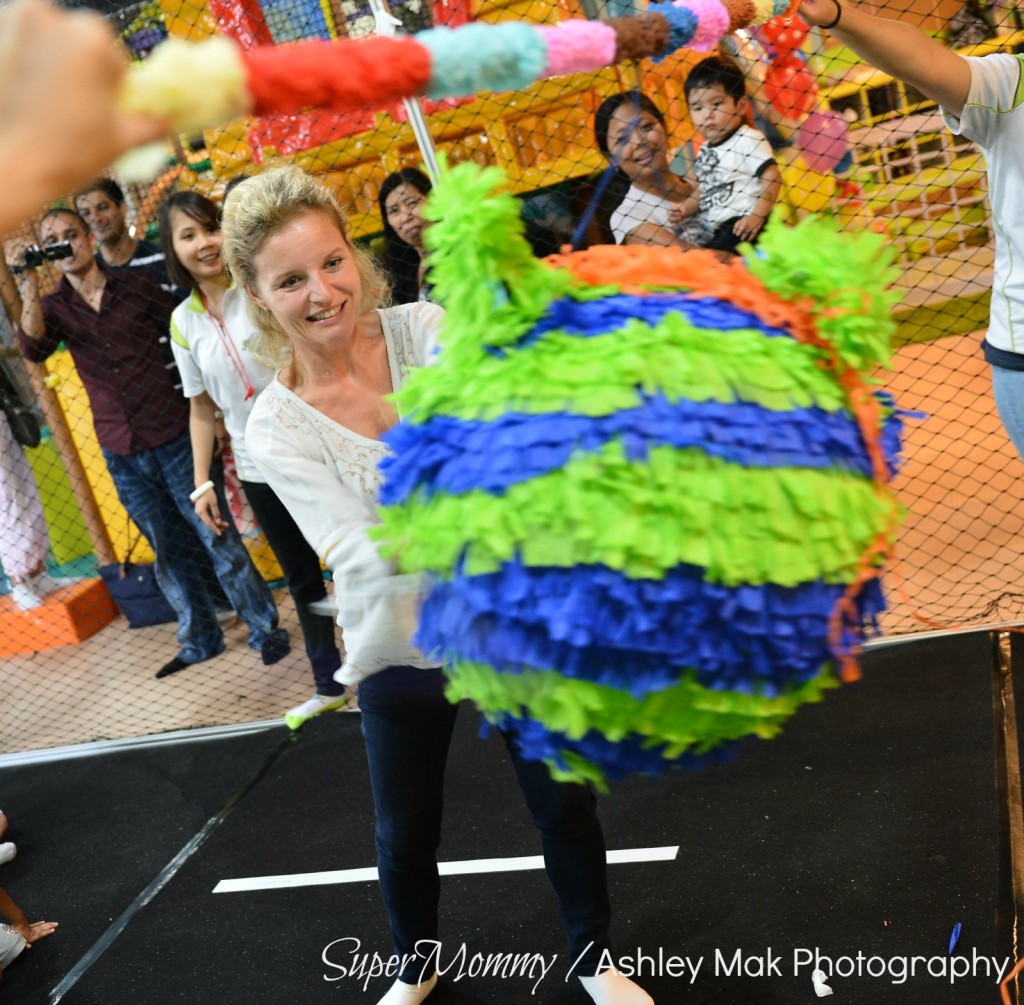 Even Grandma took a few swings at the piñata. 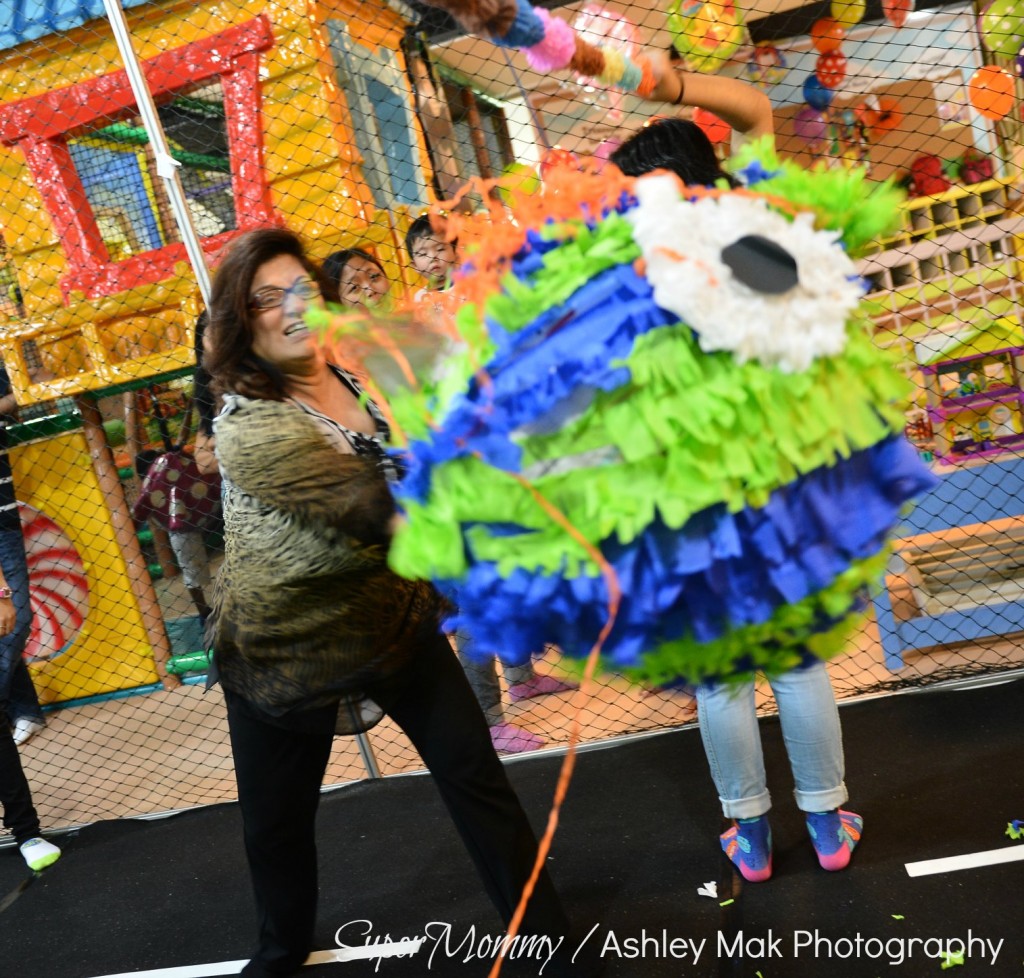 Next came in the macho dads. We lost the eyes, but nothing happened. Poor Monster Rock hung on for his dear life. 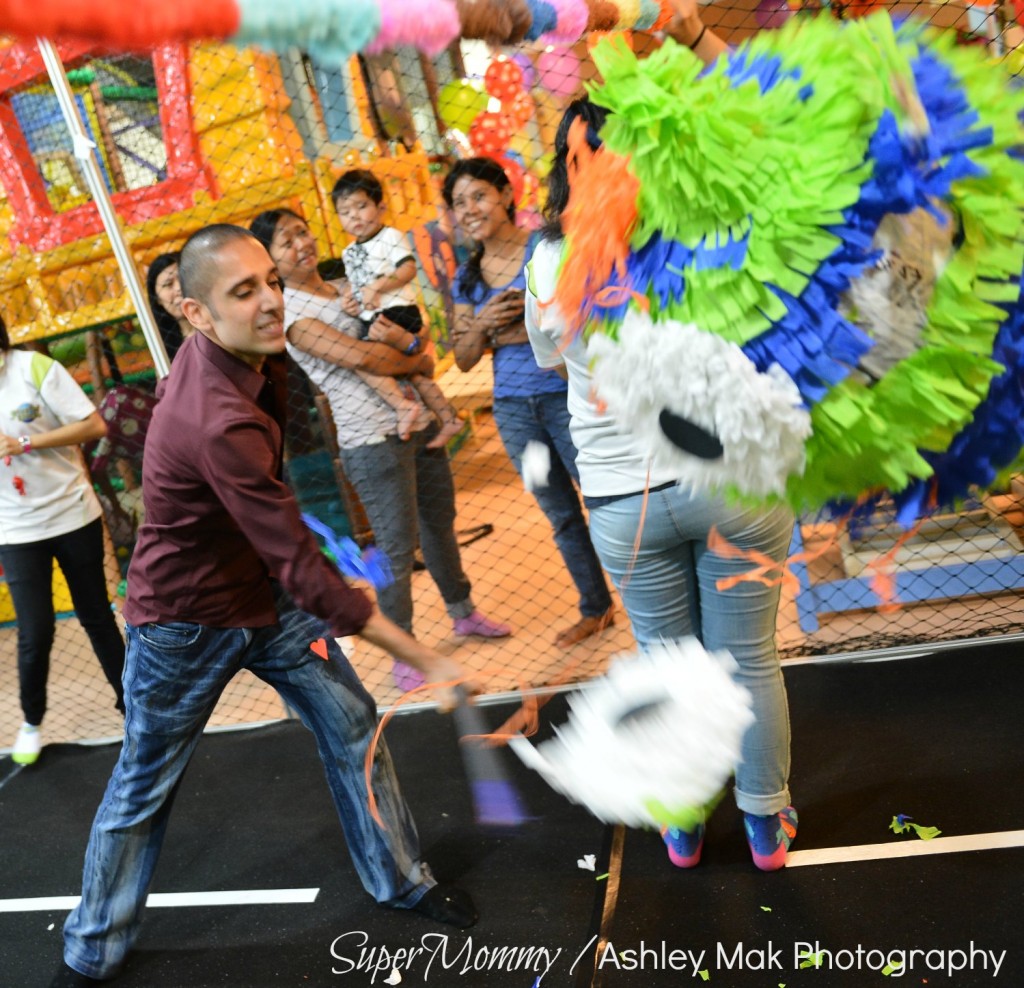 The piñata activity which normally lasts for 5 minutes, lasted a good 20-30 minutes. All the kids sat there quietly waiting to see what would happen next. Finally, the blue ribbon that Monster Rock was attached to broke and he fell to the ground. 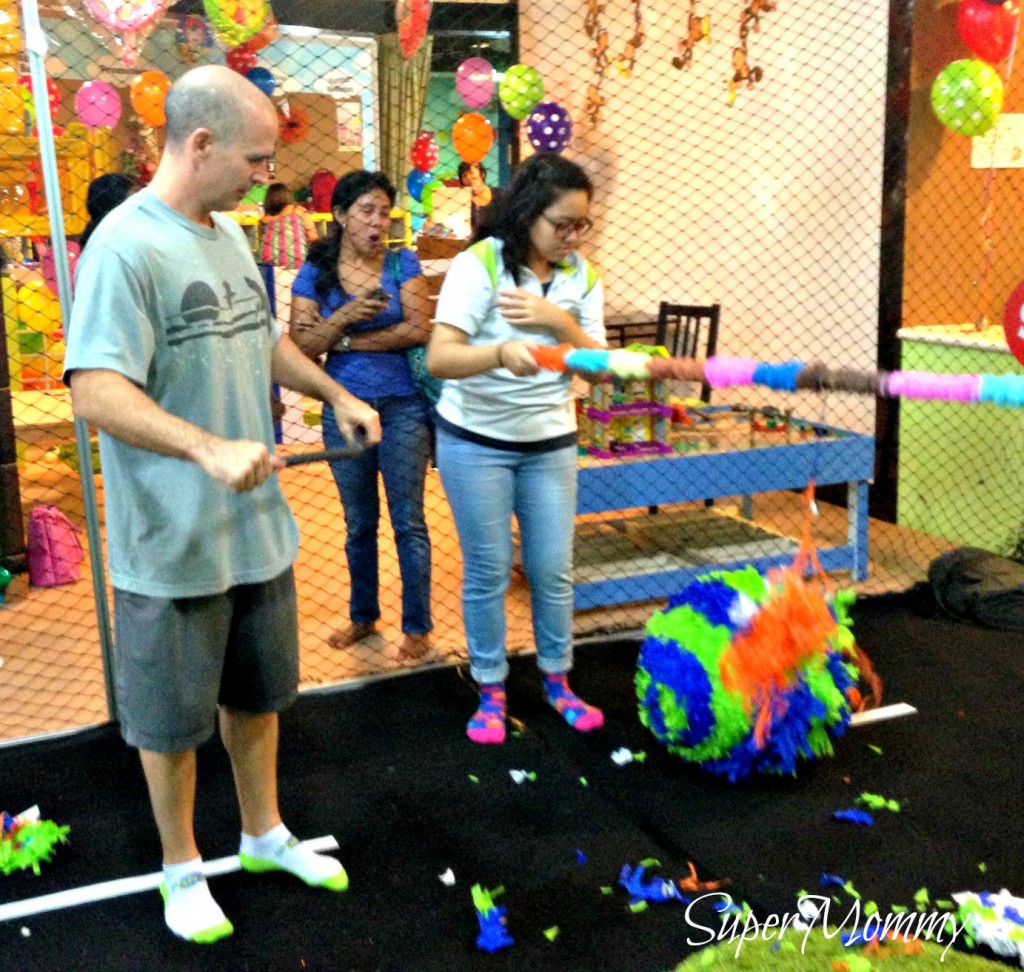 Then with a tear in my eye and a heavy heart, I had to take the scissors to my monster piñata (that I spent days making) and slice Monster Rock open. 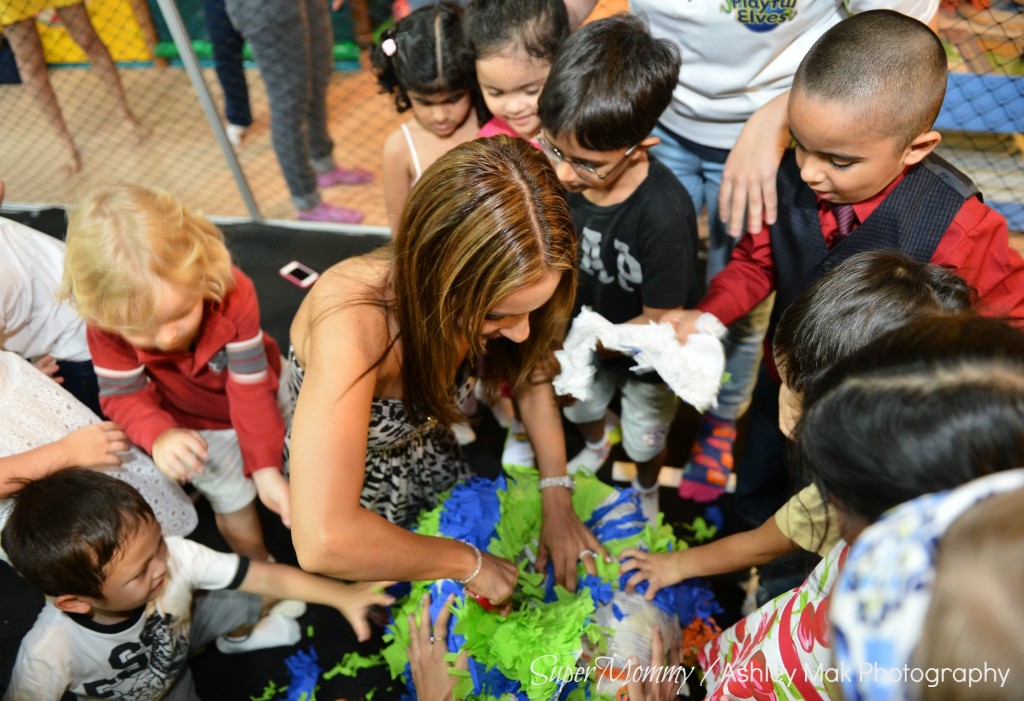 The children eagerly pounced on the mini bags of toys and candies that were stuffed inside. 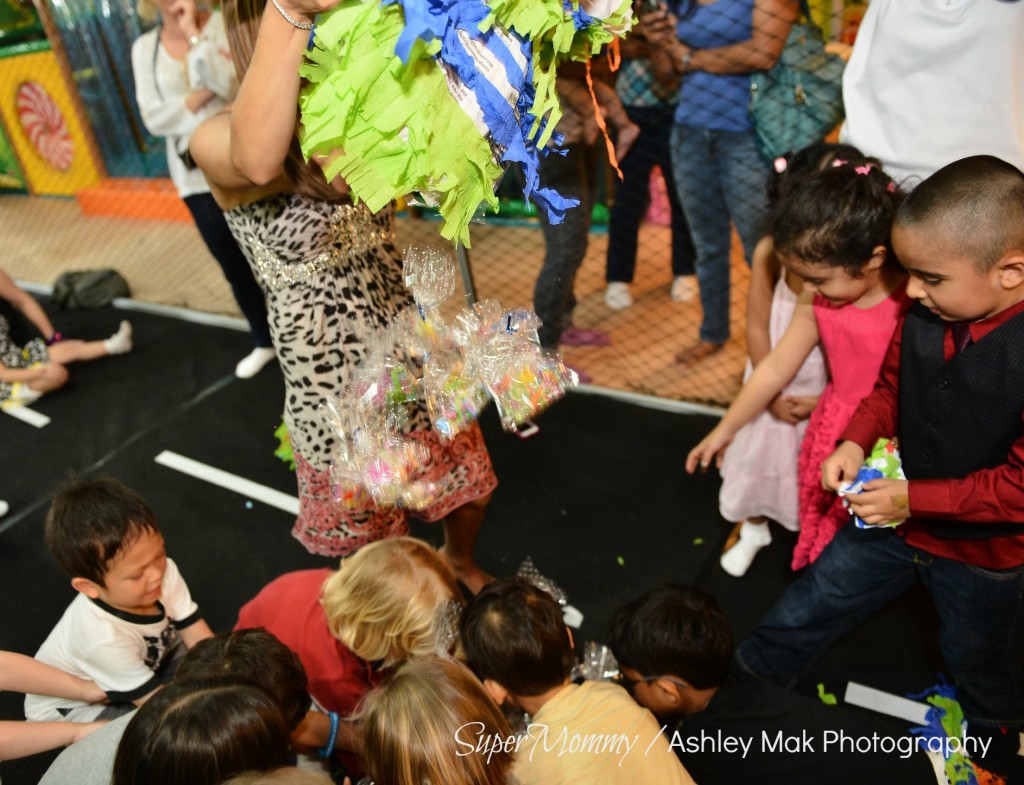 Monster Rock was one tough little monster. He sure put up a good fight. May he rest in peace. LOL 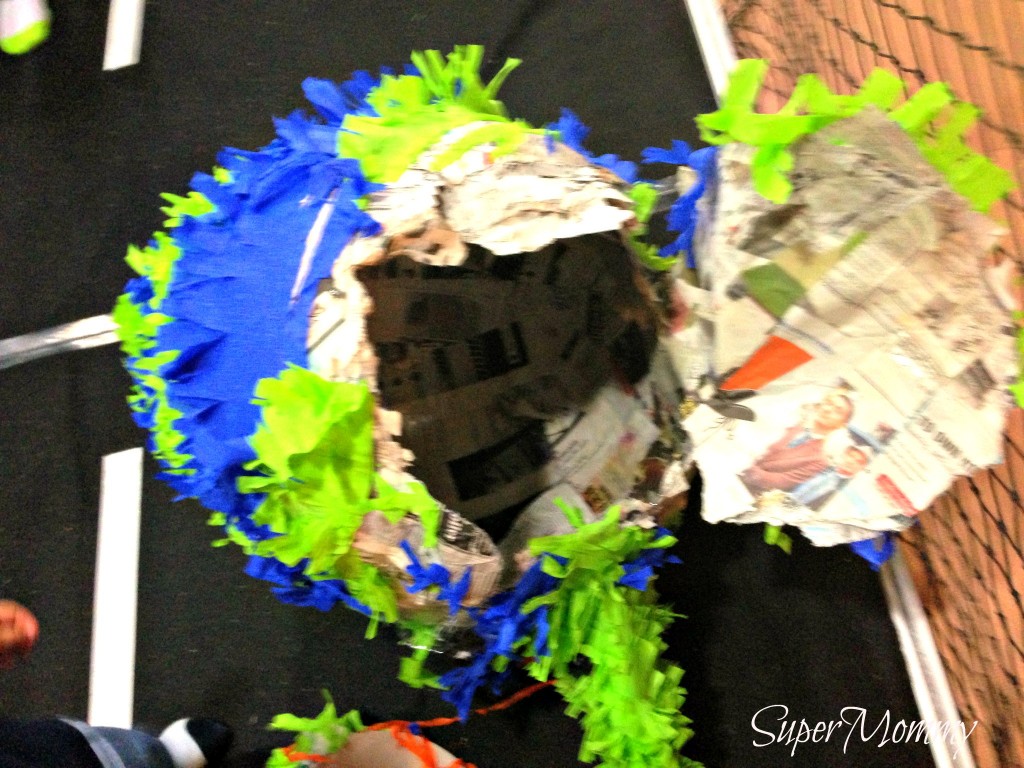 Please note that the majority of the pictures used in this post are from my awesome birthday party photographer “Ashley Mak Photography“.
Share