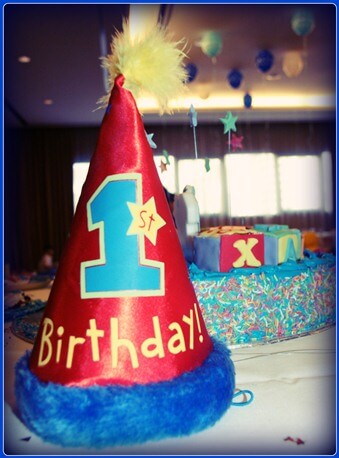 A child’s first birthday is a one of those milestone years that in itself can be its own party theme. The party stores are just filled with 1st birthday themed decor. Thus when planning my son’s 1st birthday we decided to stick to the “1st Birthday” theme using various shades of “blue” to pull the whole party together. 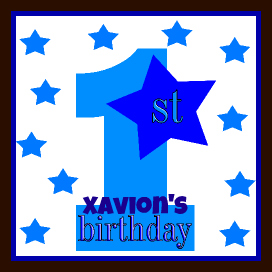 1st birthdays usually have a lot of little kids and babies.  We wanted to make sure we catered to all ages. Since our main party guests ranged from a 1 week old to 6 years, we had various activities set up. We set up a toy corner with soft mats for the babies, a bouncy corner for the toddlers and an activity corner for the slightly older kids. The kids were free to move around between the various areas, while parents could just stand back and mingle. Even the little kids were using the walkers and mini cars to explore the place. 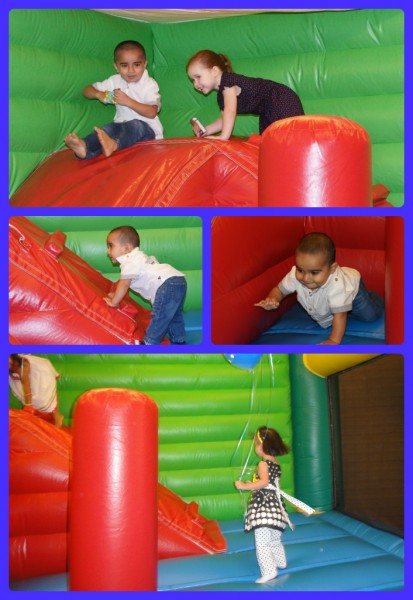 We liked the fact that we had a big carpeted space so that kids would feel free to move around. However, such a big space requires a lot of decorations.  We wanted to spend our party budget on the kids having fun, rather than extra decor.  So we decided to go with 200 blue & white polka dot helium balloons, streamers on the wall, confetti and some simple birthday banners. 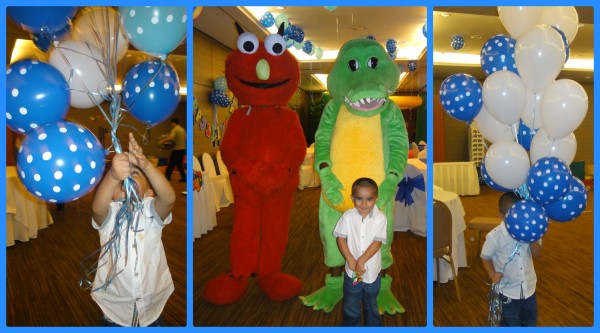 Instead of hiring the usual balloon artist and face painter we thought it would be more fun for the little kids to have some character mascots to entertain them.  The character mascots stood by the door and greeted and took a picture with all the guests as they entered and then played with the kids for the duration of the party. These made for really great keepsake pictures.

We played only one game – “freeze dance”.  Freeze dance is a game with very simple rules and all ages including babies can play.  Not to mention it really helps the party mood with all the fast, upbeat music.  The game lasted about 20 minutes.  At the end of the game everyone was declared a winner and got prizes consisting of little balls, cars, pencils, etc. 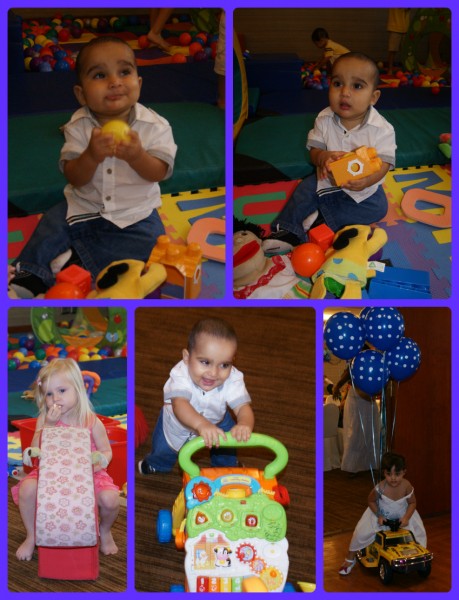 We had a 1st birthday piñata which all the children really enjoyed (even my 1 year old took a few swings with my help).  Prior to the party we filled mini bags with candy. When the piñata finally broke, all the bags of candy came out.  We thought this was a much better idea than having hundreds of little candies drop to the dirty floor and have the kids scrambling to get it. At least this way parents had some control whether or not their child ate the candy. 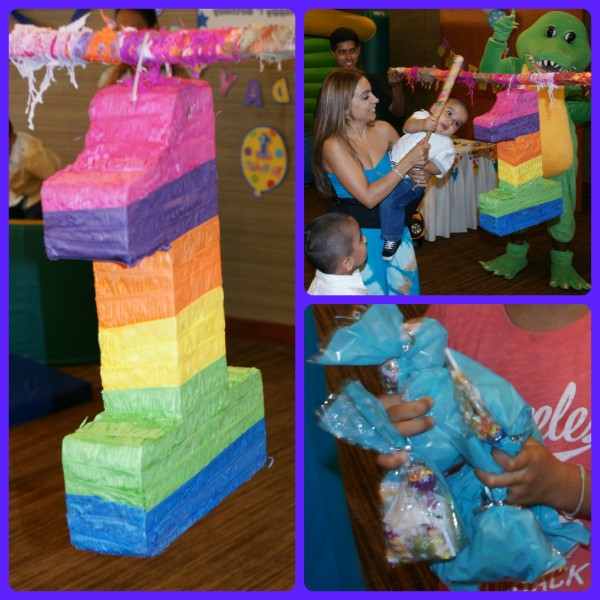 The party food consisted of all the kid’s favorites like mac & cheese, chicken nuggets, nachos, fish fingers, pizza, sandwiches, popcorn.  Not to mention we placed huge bowls of candy, gummies, cookies, baby bites, raisins and other yummy snacks on each table for the kids to munch on throughout the party. 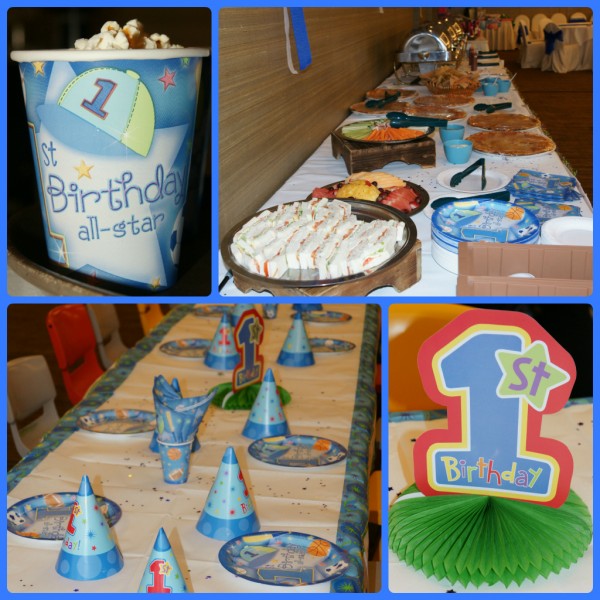 At the end of the party each child got a “goodie gift” backpack to take home, along with bags of piñata candy, prizes and balloons. 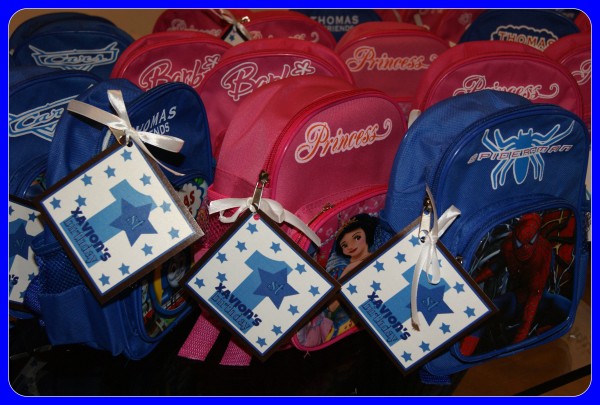 An added bonus to the goodie gift were the helium balloons.  Since there were so many of them, each kid took home as many balloons as they could carry.  My son carried about 20 balloons to the car, which we had to let go in the parking lot (there was no way those were coming home with us). 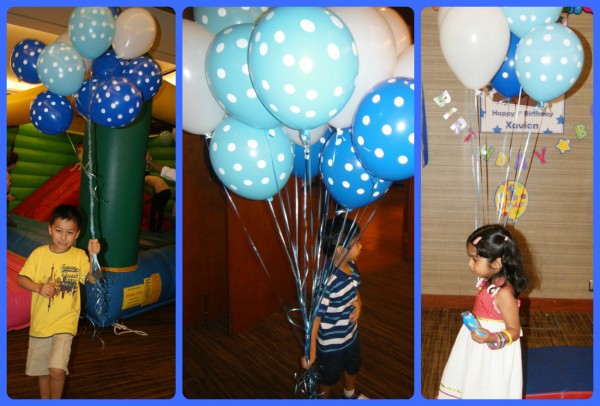 Extra “Super” Tip: Try to arrange for some high chairs for the babies. This way the babies can hang out together when they eat and parents don’t have to hold them on their laps.

Overall, the party was a huge hit with the kids and the parents.  There’s only one 1st Birthday and I am glad my lil’ guy had fun.