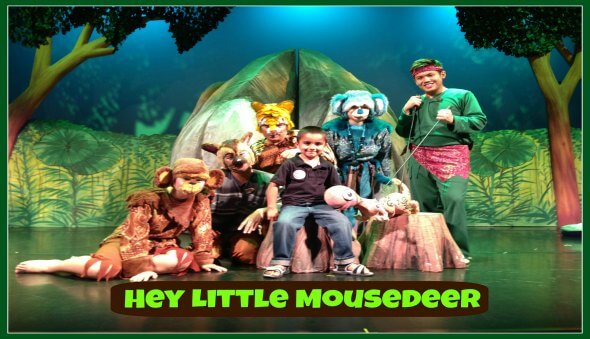 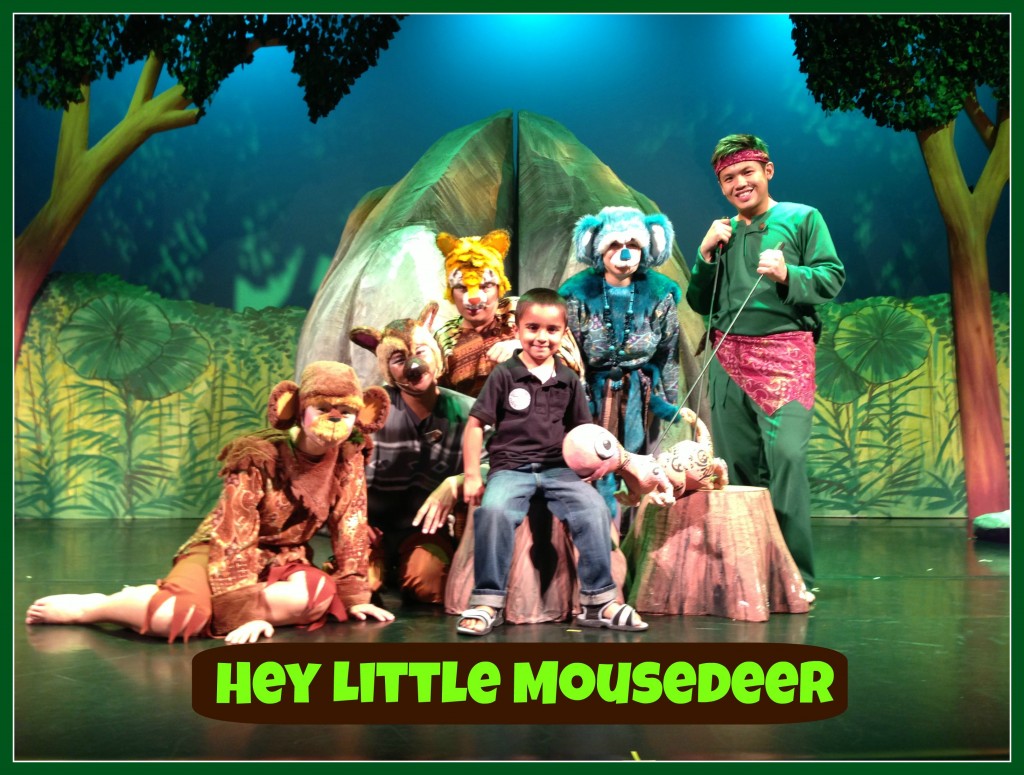 On Saturday, Zayden (my 4 year old son) went to see “Hey Little Mousedeer” at the Alliance Francaise Theatre in Singapore.

The original script of Hey Little Mousedeer by the iTheatre brings together a collection of regional folktales into one creative story surrounding animals from the jungles and mountains of Indonesia and Malaysia.  The story of Hey Little Mousedeer revolves around a clever mousedeer “Sang Kancil” that liked to play tricks on the other animals in the forest. 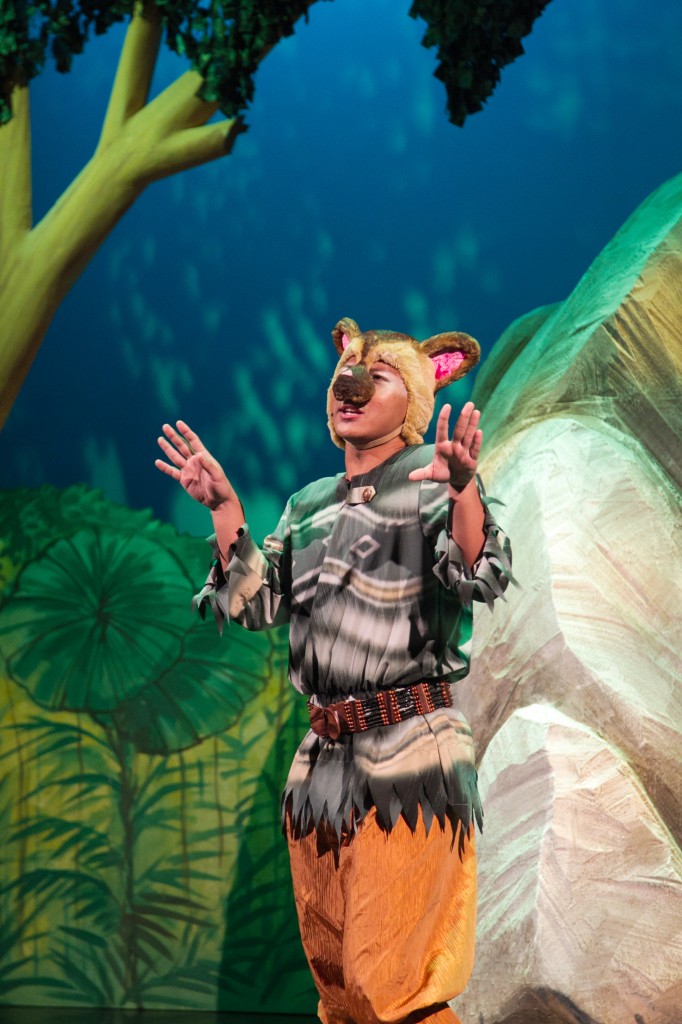 The animals finally get fed up will all of his mischief and decide to give Sang Kancil a taste of his own medicine and they trick him into losing a race, which causes him to be banished to the middle of the jungle. While Sang Kancil is in the jungle, in the middle of the night he sees people cutting down the trees and then burning them. The forest is on fire and he warns his friends just in time and helps them to safety. 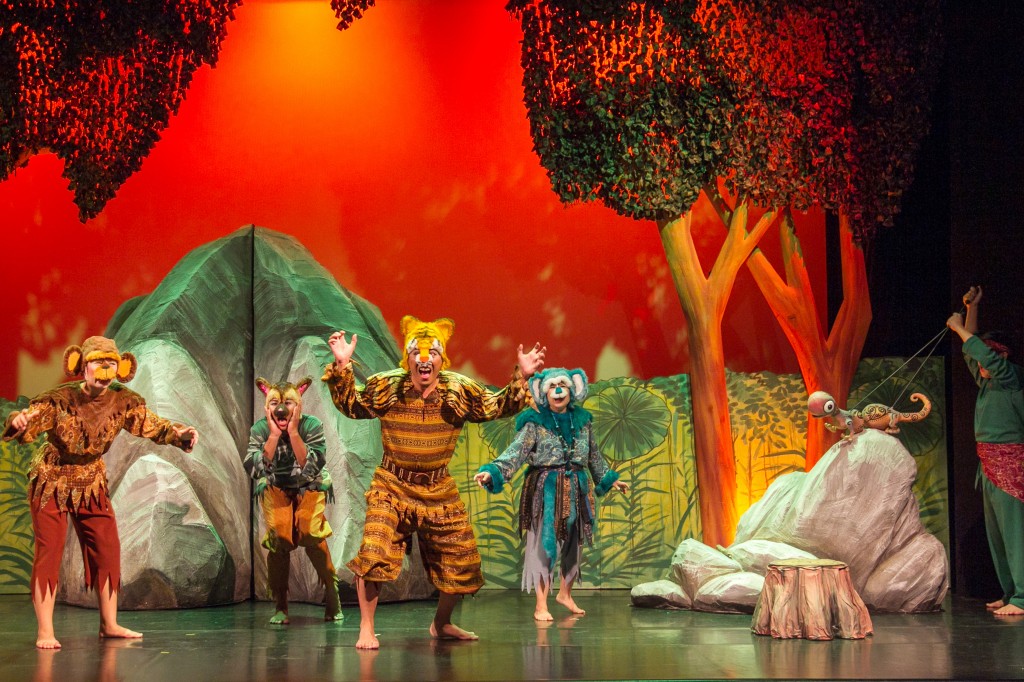 Although every year Singapore deals with the haze from burning trees, this year since the psi levels were so high in Singapore, everyone worldwide, including young children learned about “haze” and the effects of burning of trees in Indonesia. Hence this play really hit home and kids, including the young ones like my son, were able to fully understand the real life effects of this story. Hey Little Mousedeer also intertwined various lessons dealing with cooperation, personal responsibility, creative thinking and theme work within the story.

SuperMommy’s Opinion: Overall, I thought Hey Little Mousedeer was a good production. Zayden seemed to really enjoy the show. It had a lot of original songs and dances, and fun/entertaining characters. Before the show began, we were given a free paperback book with a collection of some of the folktales that were used in the adaptation of this story. I actually read Zayden a couple of the stories as we waited for the show to begin and was very happy to receive a copy of the stories. My son’s favorite character was the tiger “Harimau”. My favorite was the slow lizard “Cicak” (who was actually a puppet).  Although it was not planned for the production and the Singapore haze to coincide, I liked the fact that the story was something that we could relate to. After the show was over, I was easily able to discuss with my son how our actions have an impact on the environment. 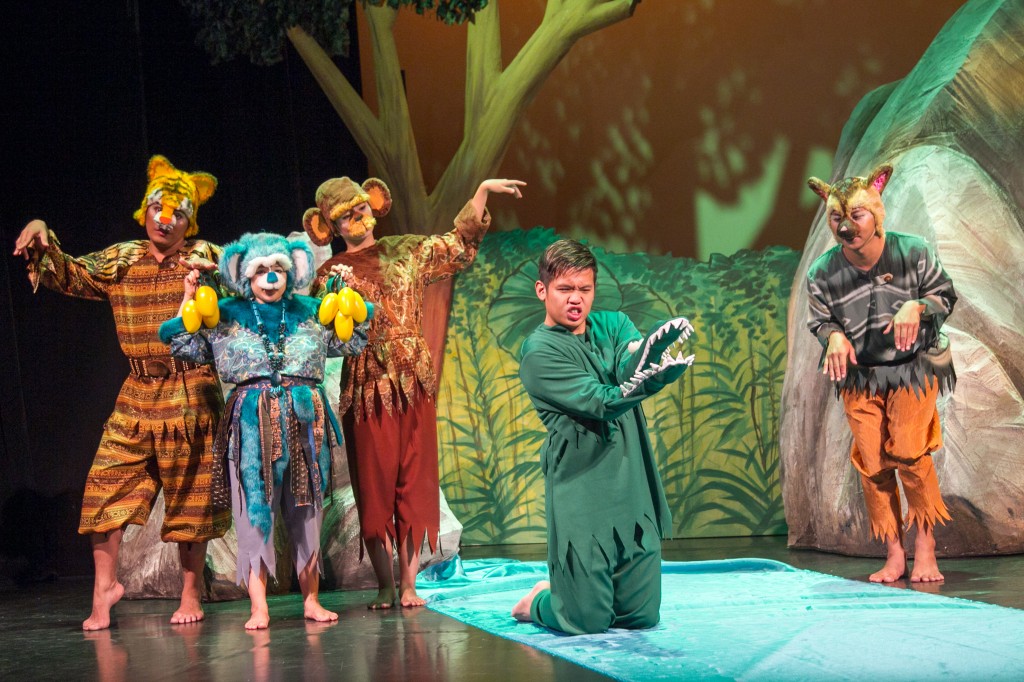 Hey Little Mousedeer is now playing at the Alliance Francaise Theatre until August 6th, 2013. Some tickets are still available and can be purchased from Sistic. Hope you enjoy the show!