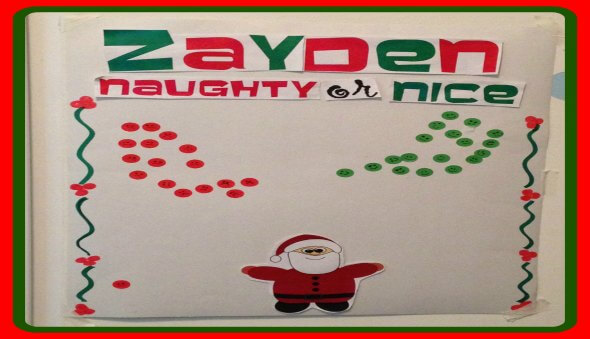 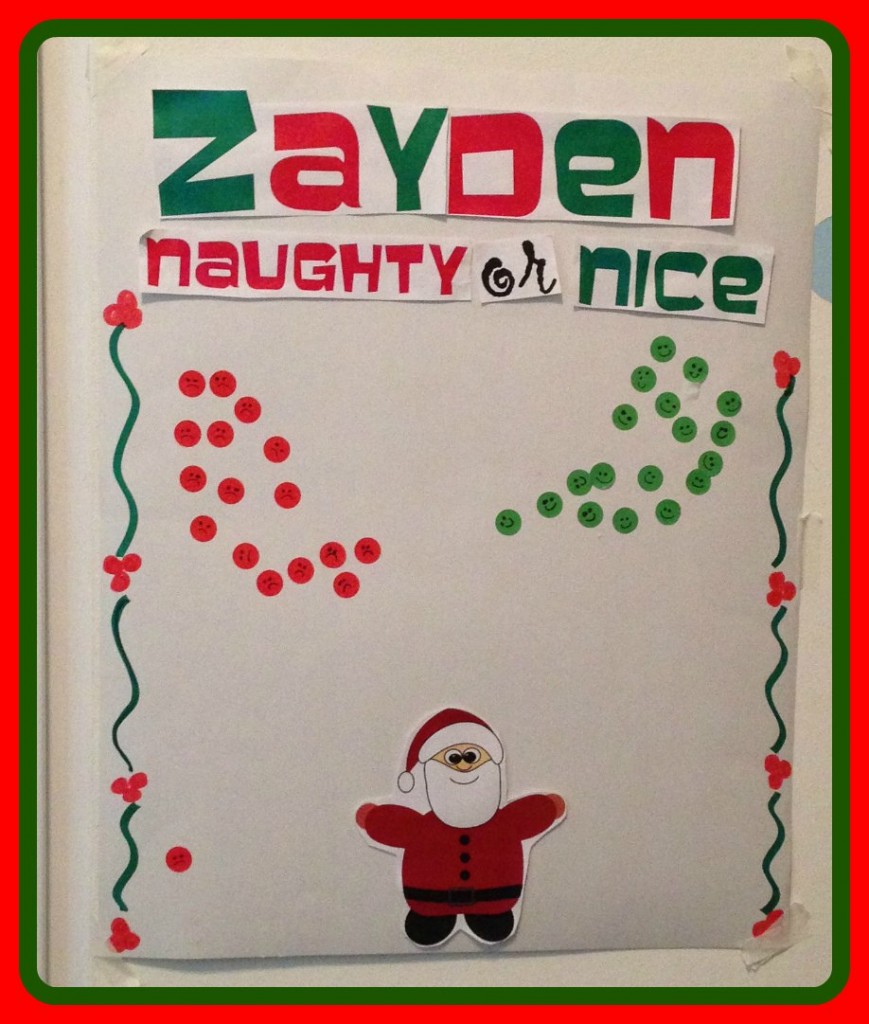 He’s making a list and checking it twice…. well this year I decided to help out Santa with his “naughty or nice” list by making my own chart at home! We all know that even if our kids (especially the young ones) are really bad all year long, we will still spoil them on Christmas morning. I made this chart so that my naughty 4 year old would actually “earn” his gifts this year under the tree and hopefully behave a little bit better for the month of December!

There are numerous different types of behavior charts on the Internet and over the past few months I have contemplated actually making one, but never got around to doing it. I decided to make my own chart that ties directly into Christmas with a reward system already built in (gifts from Santa under the tree). Now most behavior charts don’t show “bad” behavior – only “good”, but I thought it was important for my son to compare the times he was naughty to the times he was actually nice. 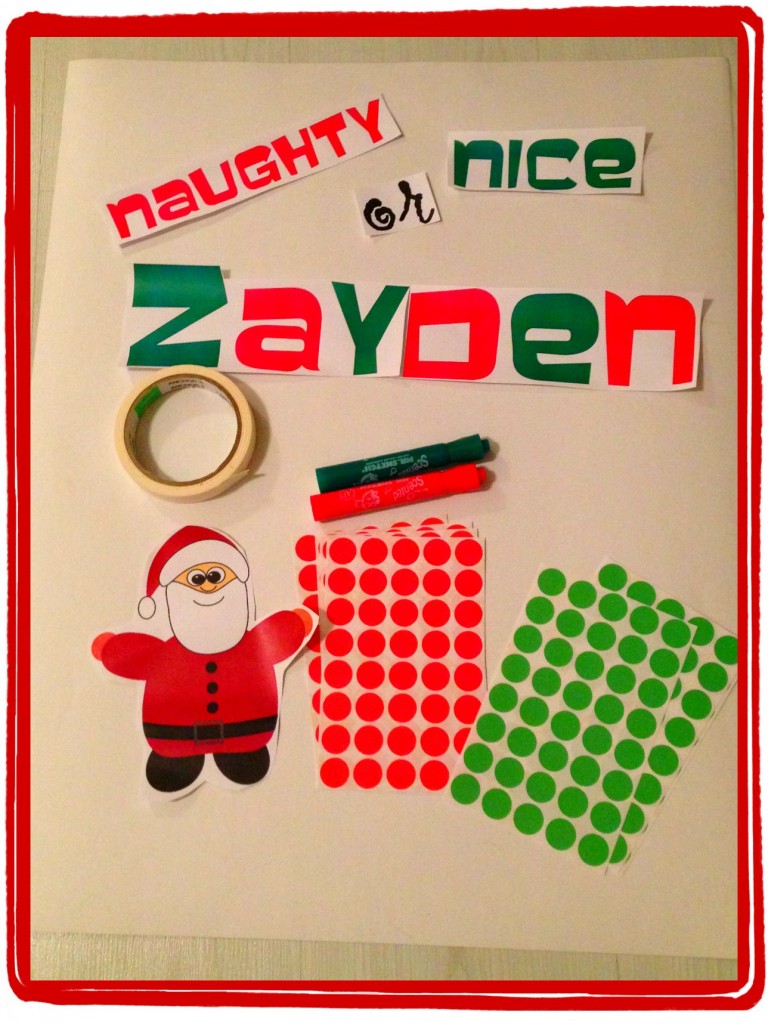 Making the chart is super easy. You can do anything you like for your chart. It’s nothing fancy,  I decided to use some simple cutouts and red & green markers. Then you just get colored dot stickers and draw smiley and unhappy faces on them. Viola – now you have your Naughty & Nice Chart. 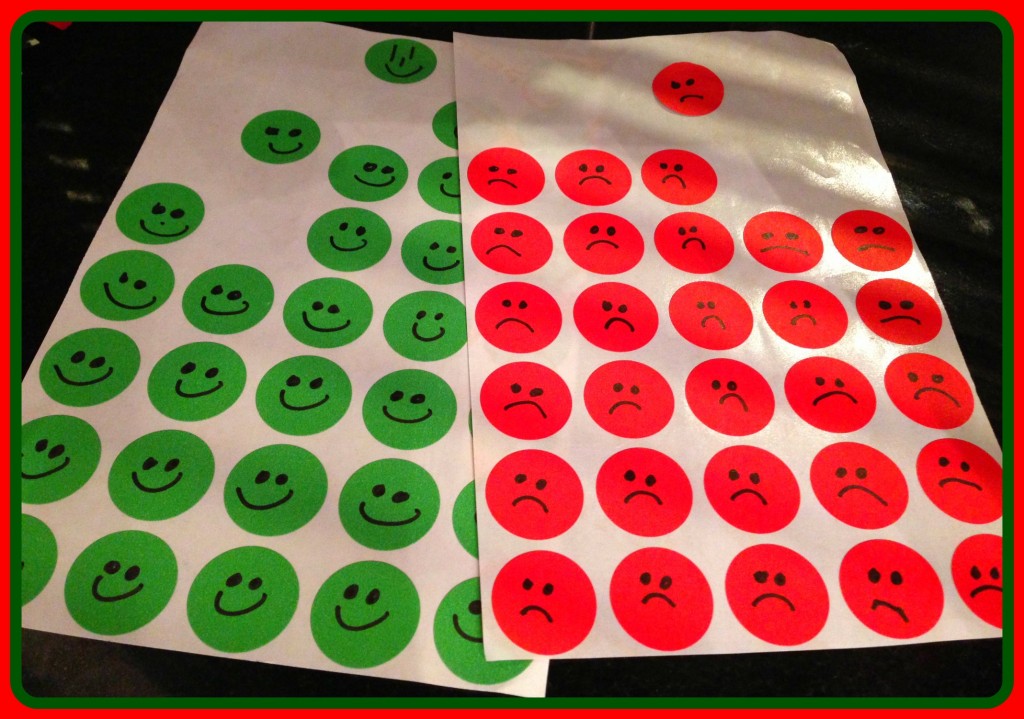 We have only used the chart for a few days, but it seems to be working. Zayden counts the stickers multiple times per day to see how many he has earned in each category. He is a very rambunctious and naughty boy, so he is trying his hardest to be a good. Also, when he earns a green (a.k.a. “nice”) smiley face sticker I make a big production out of it and make sure to tell his Daddy about it as well. The look of  excitement in his eyes when he earns a green sticker is priceless!

The trick to having this chart is to make sure there are more “nice” stickers than “naughty” stickers on Christmas Eve. The last thing you want is to reward your child for bad behavior with gifts from Santa. By Christmas Eve I plan to make sure we have more green rather than red smiley stickers, however in my son’s mind, he would have earned all of his gifts. 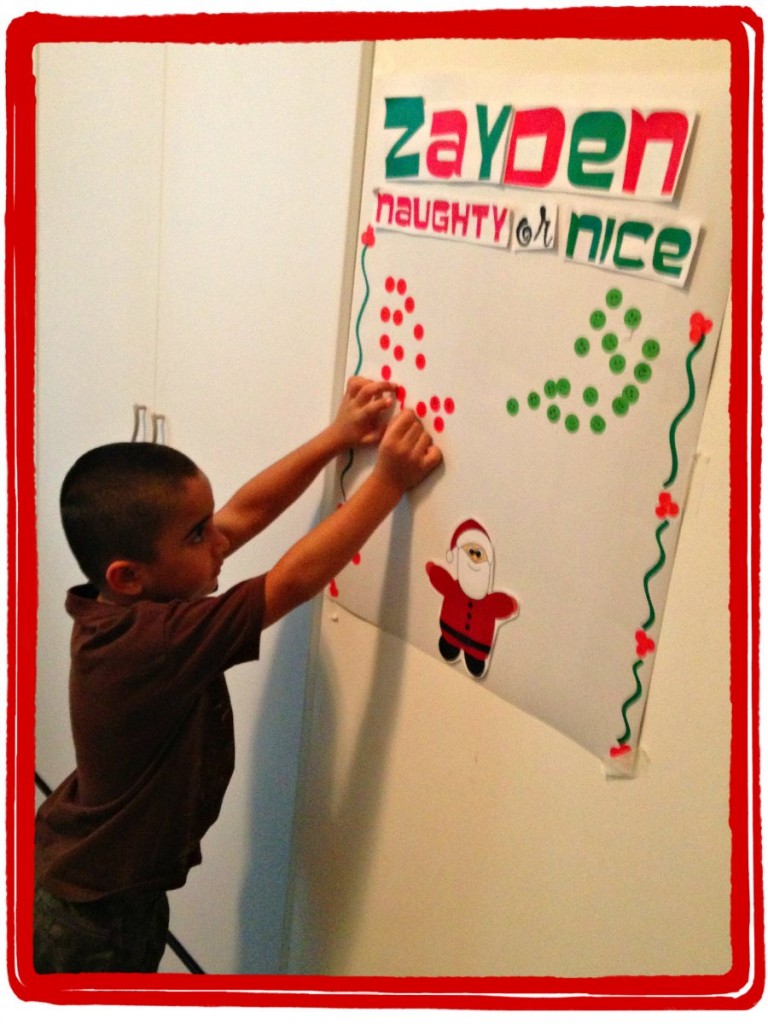 If this chart actually works, I am considering making weekly or monthly charts with a reward at the end (yes I do believe in bribing my kids – anything to keep my sanity intact) – I will keep you posted.

Hope you and your family have a very Merry Christmas!!