For Zayden’s 8th Birthday party this year we decided to have an all out “Military Laser War”!! This is basically a laser tag party, with a touch of military / camouflage flair!

Let me show you the awesome party details… 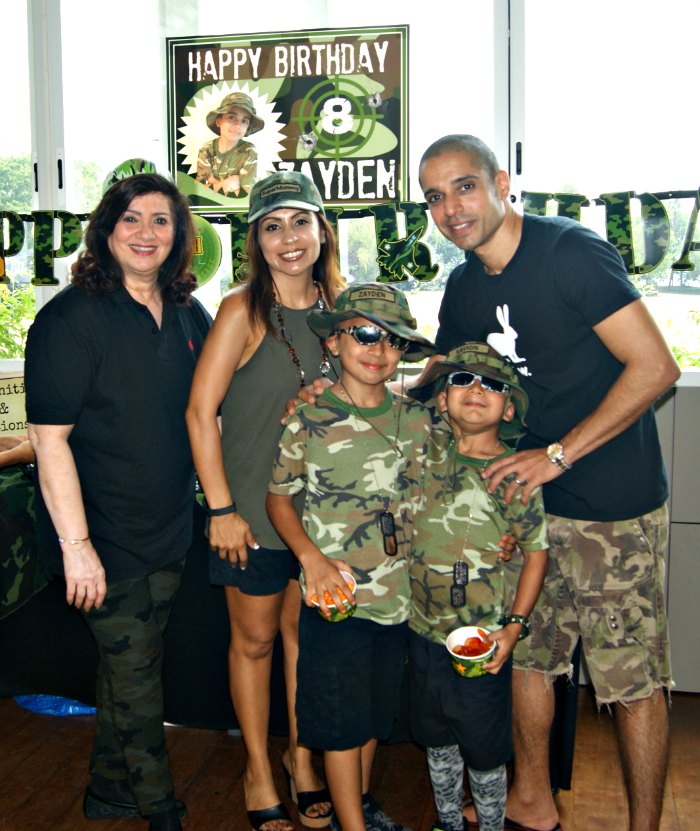 The party consisted of 32 kids (30 boys + 2 girls) and around 35 adults. The dress code was military camouflage attire.

All soldiers were to report to military headquarters (aka the party room) promptly at 2pm. 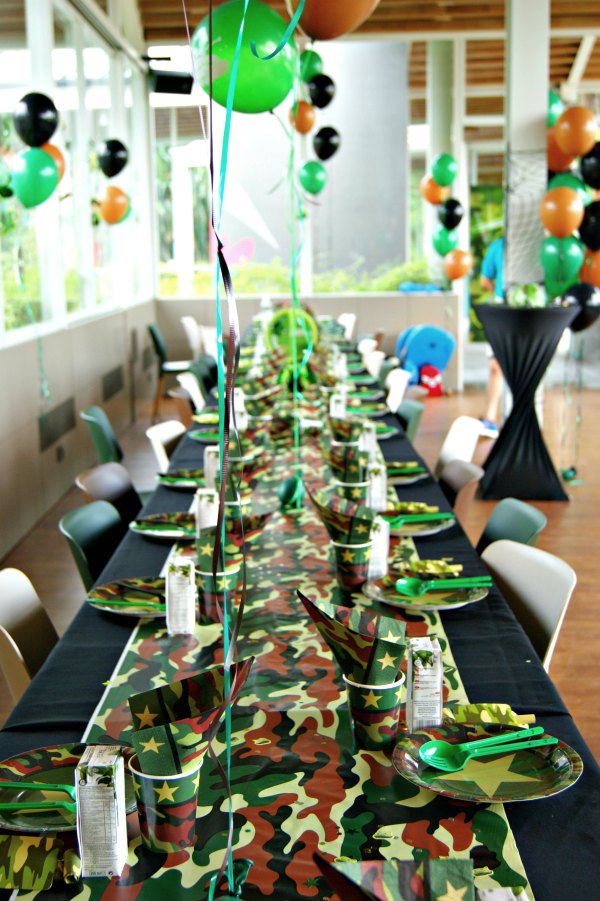 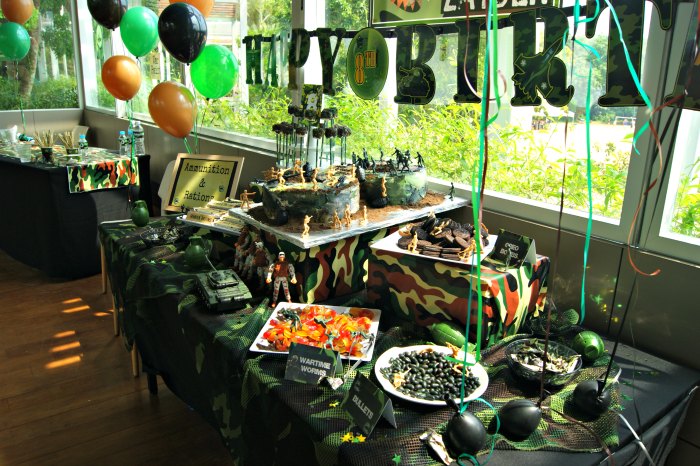 In order to get suited up for the battle, dog tags, tattoos and war paint were provided. 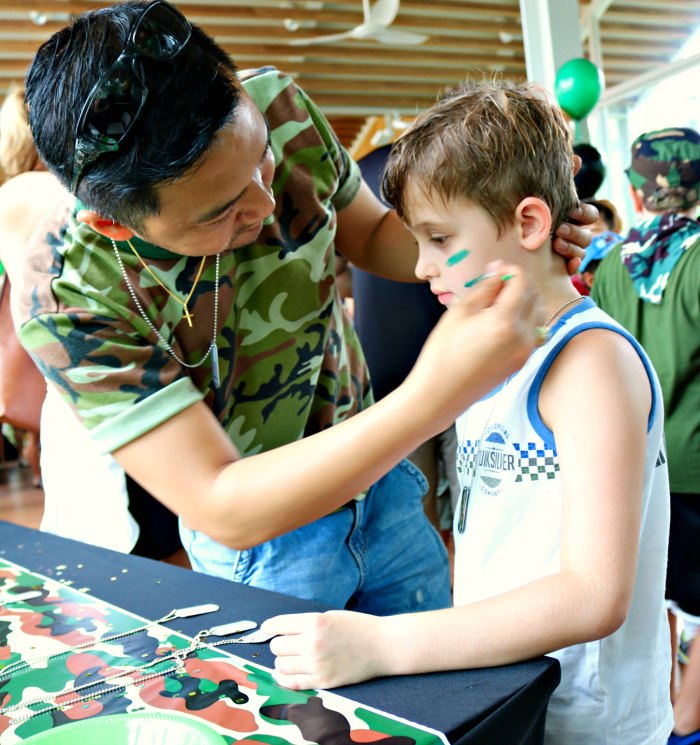 Before a big battle every soldier needs to make sure they have enough ammunition and rations to help them gear up for the fight. The table included Oreo bombs, jelly bean bullets, marshmallow missiles, granola rations, worm rations and more. 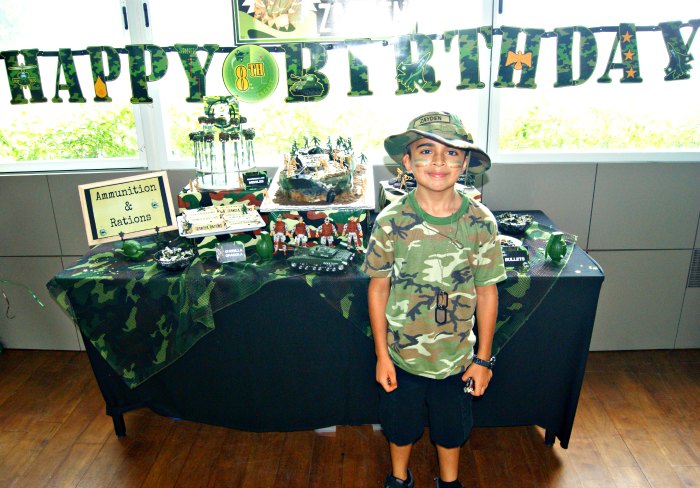 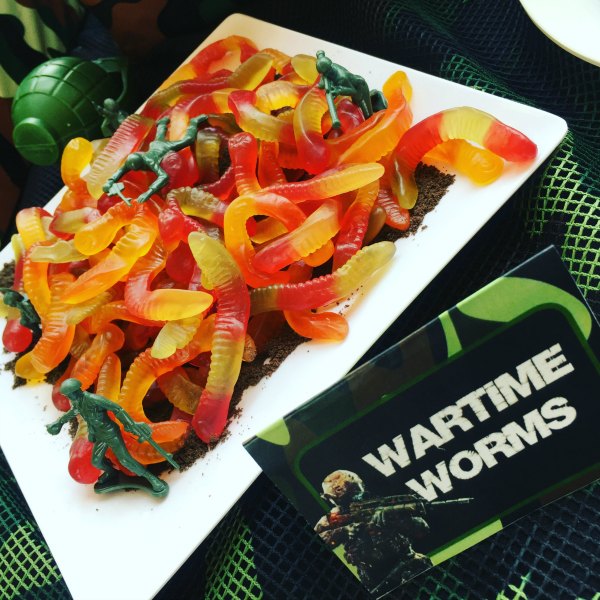 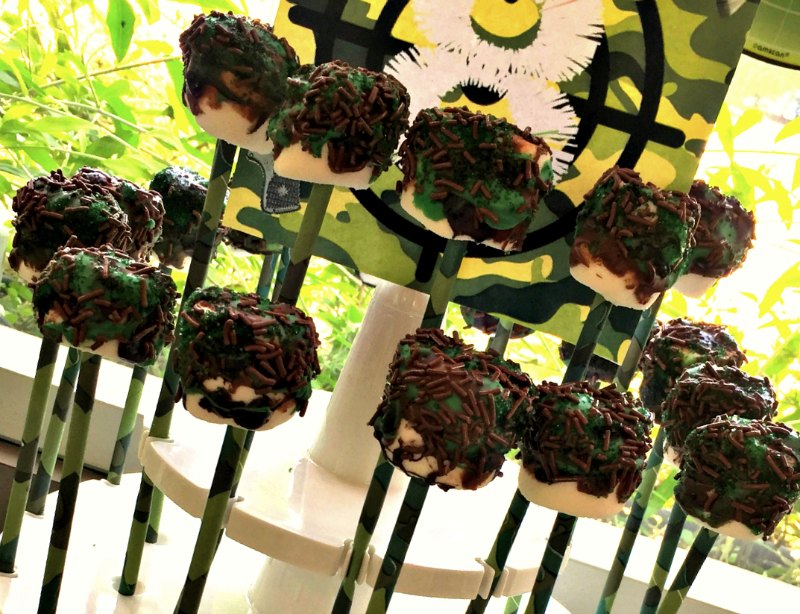 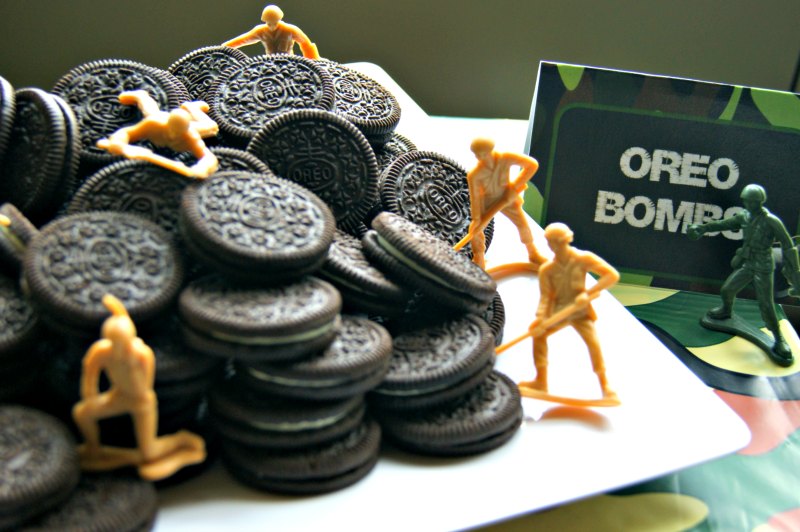 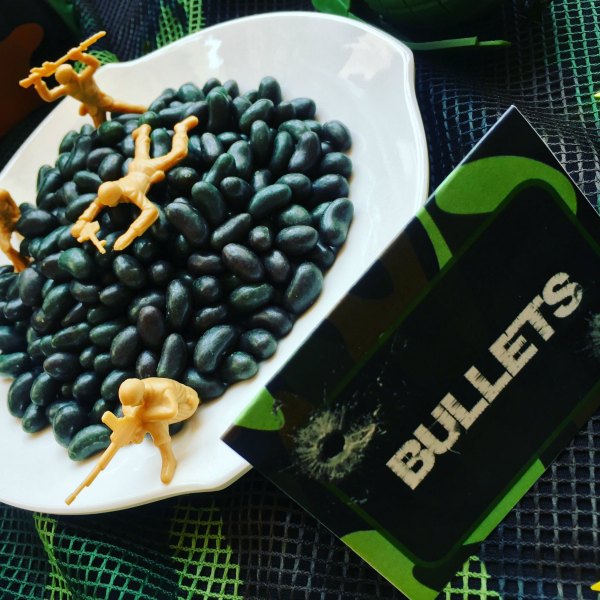 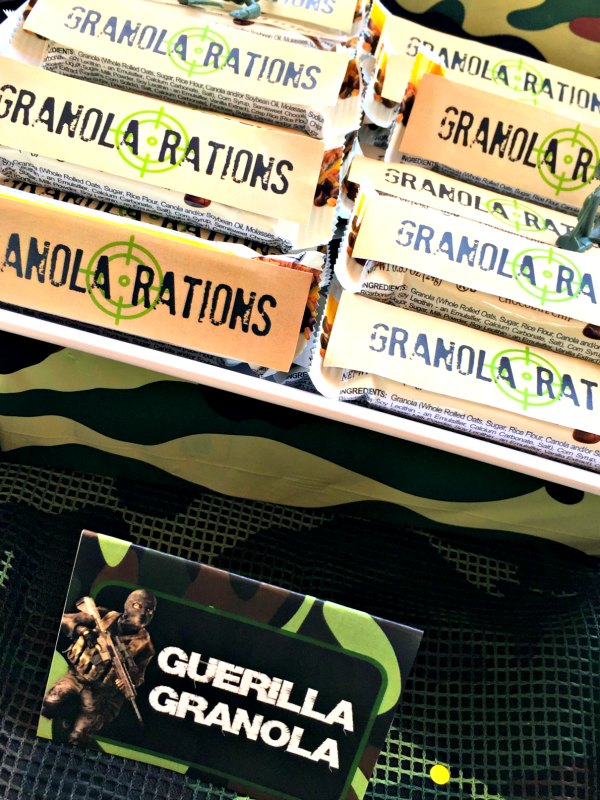 Since this was an afternoon party and not overlapping with meal times, in addition to the sugar loaded treat table, we kept the pre-battle snacks simple with a veggie platter, some fruits and a variety of chips. 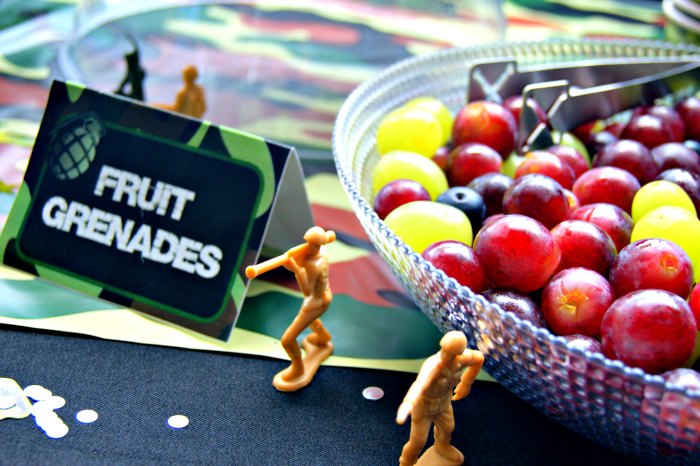 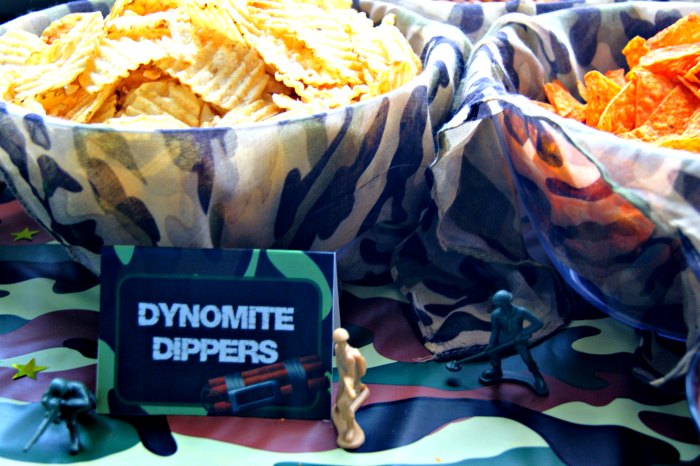 The laser tag portion was held out on the beach, which was the perfect rugged terrain for an all out battle. Tag Team came out with all their artillery and really got the party started for the kids. To read all awesome highlights of the Tag Team laser tag war, you can click here for the full article. 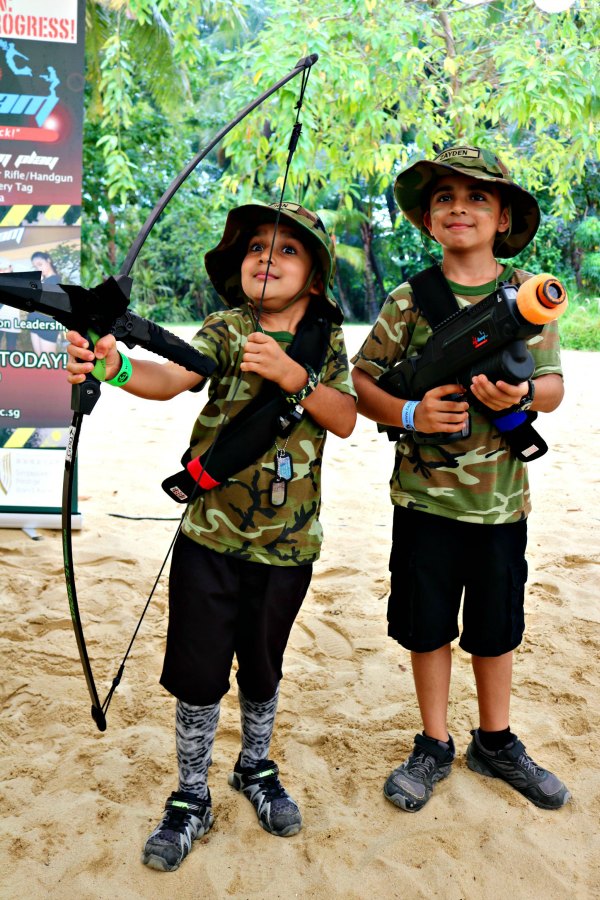 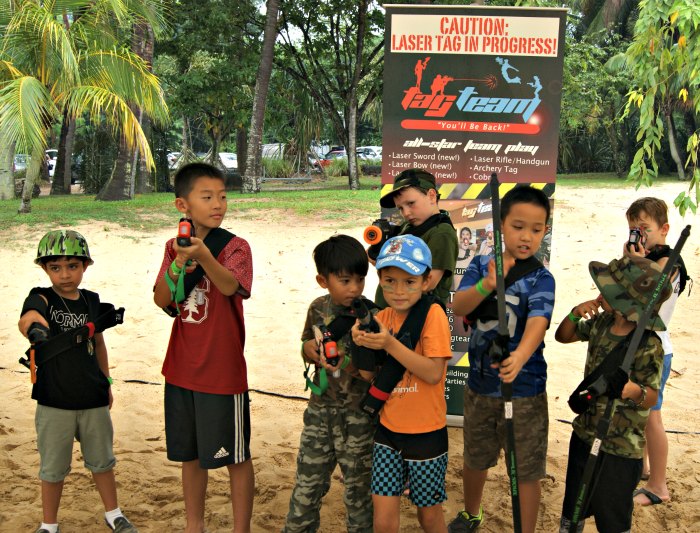 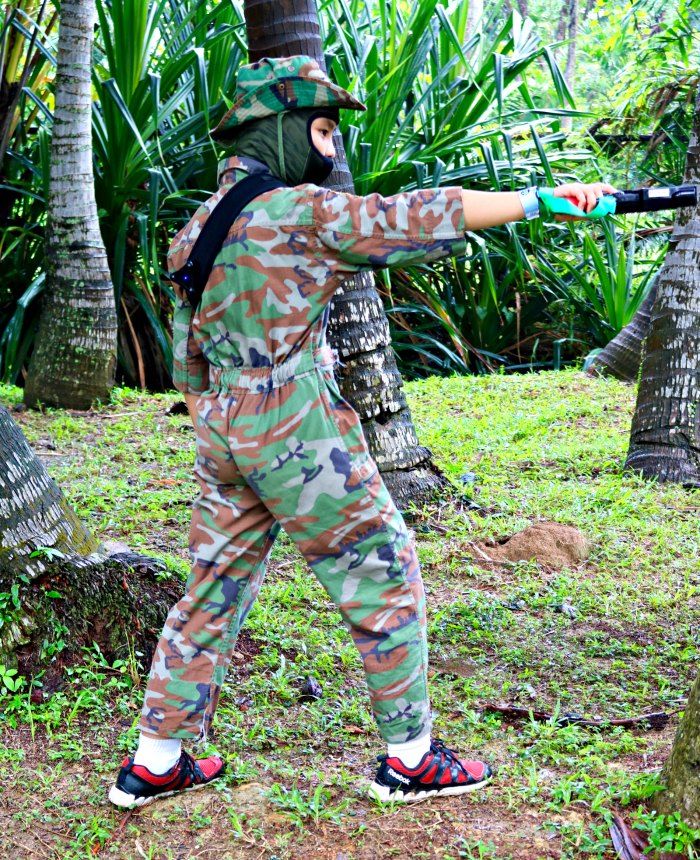 Even soldiers need to eat! After the long battle had finished, it was back to the party room for some military style rations with “Meal Ready to Eat” individual boxes & drinks. Adult style food was also served for the parents. 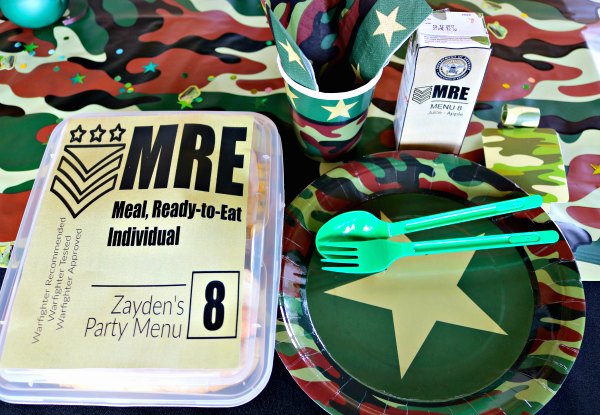 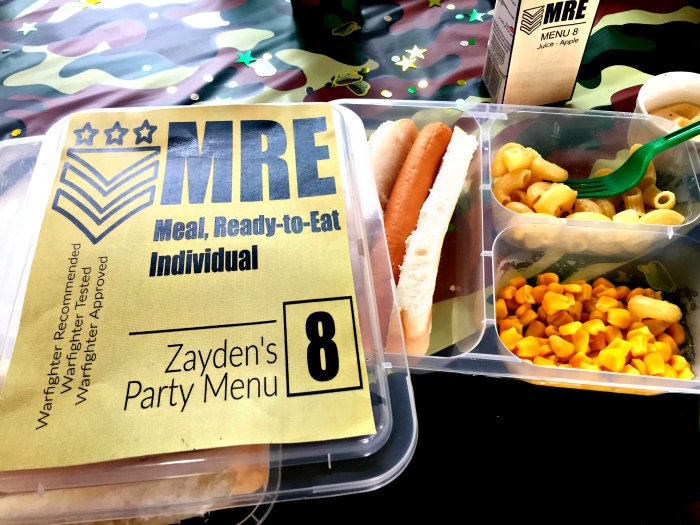 The cake was chocolate & vanilla with a buttercream frosting. It was a massive eight pounds and in the shape of the number “8”. The design was a camouflaged military battlefield, with the brown vs. green soldiers fighting each other. 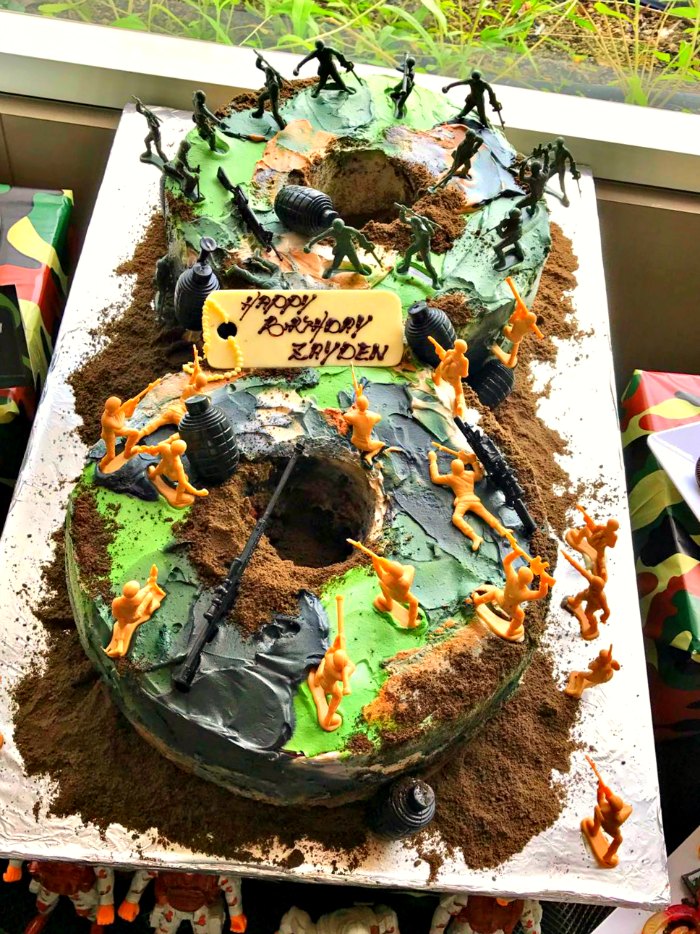 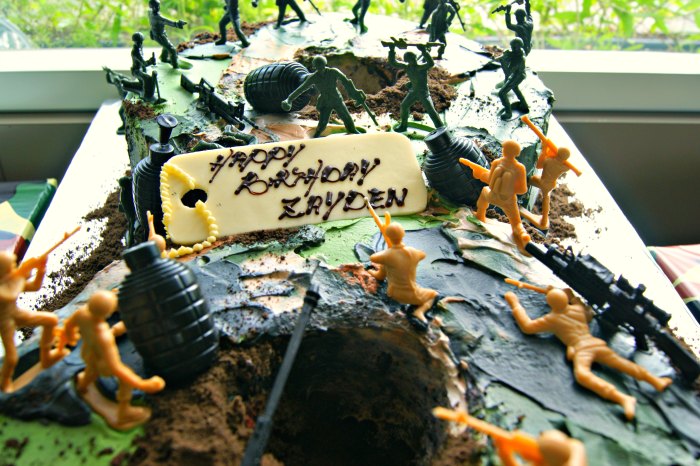 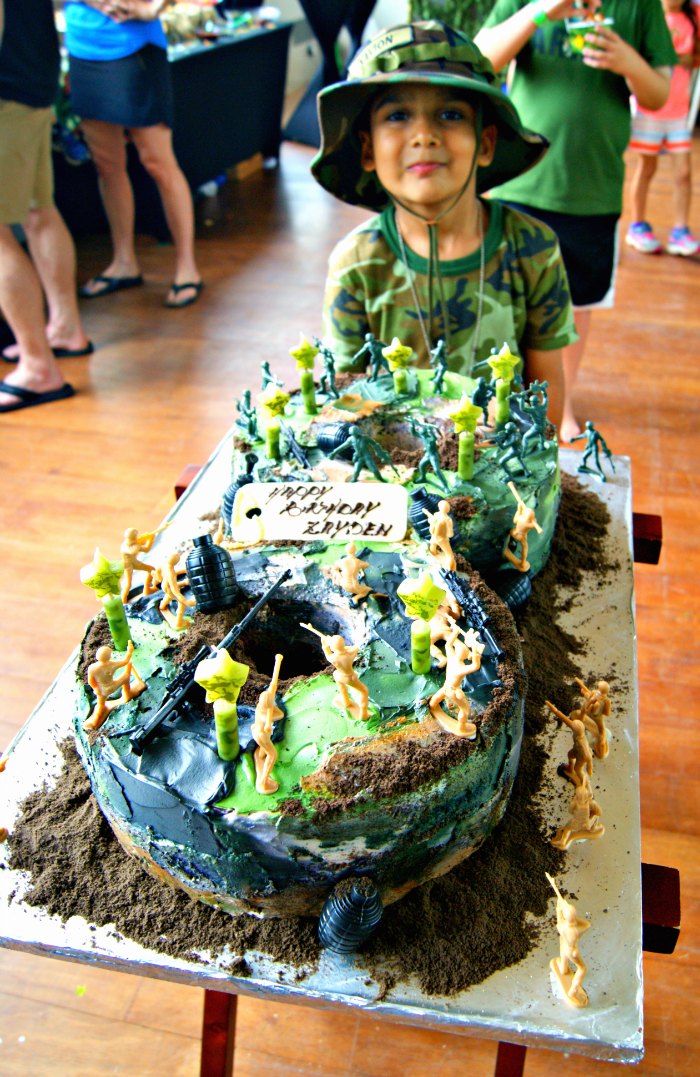 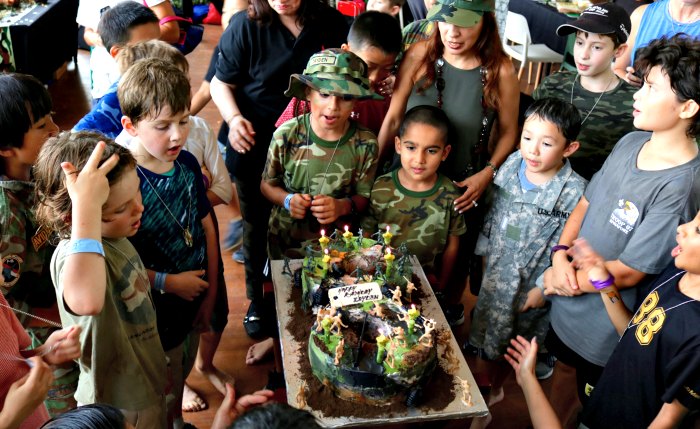 Inside the solider backpacks (aka goodie bags) were a wide range of camouflage supplies, including small NERF guns, compass, plastic grenades, torpedo blasters, paper airplanes, stickers, and much more (all military themed of course). 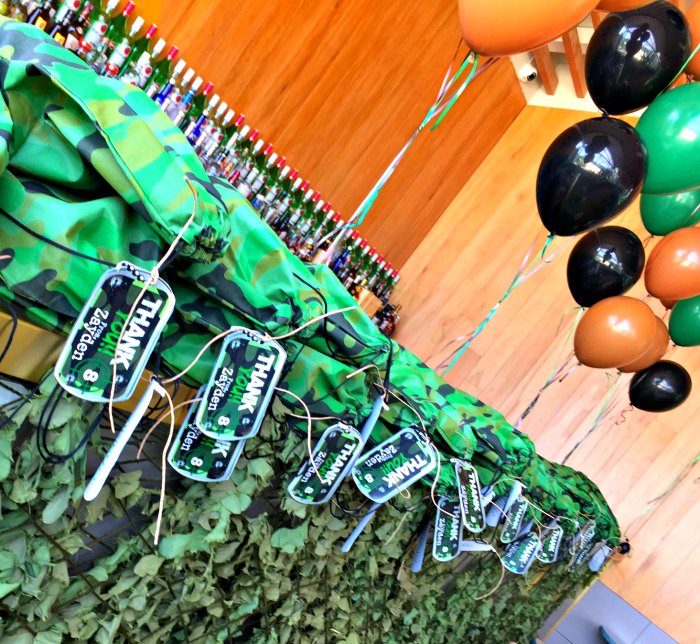 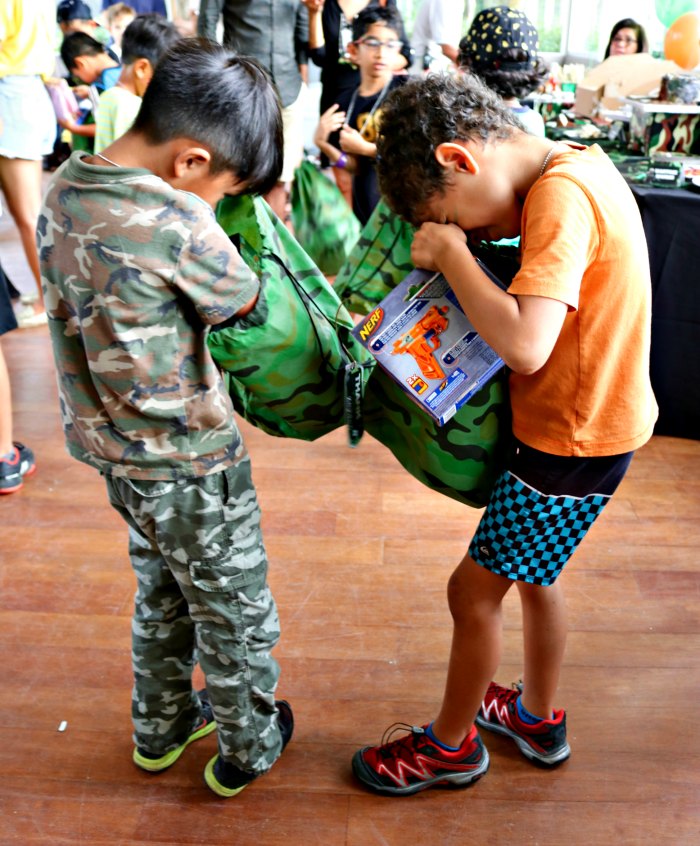 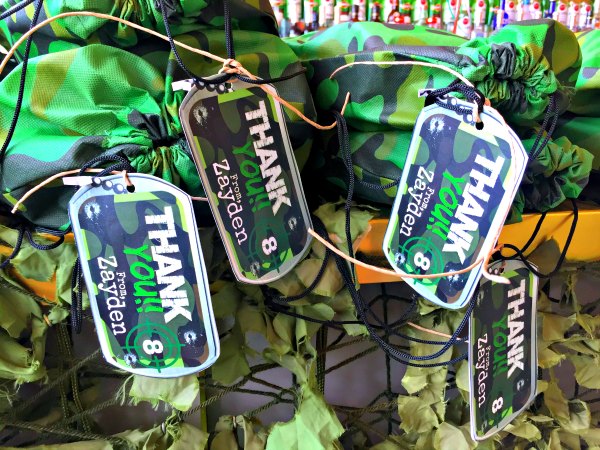 All the kids and parents had a blast. If you have any questions about this party just ask in the comment box below.

If you still haven’t decided on an awesome party theme, take a look at the list below for some ideas… 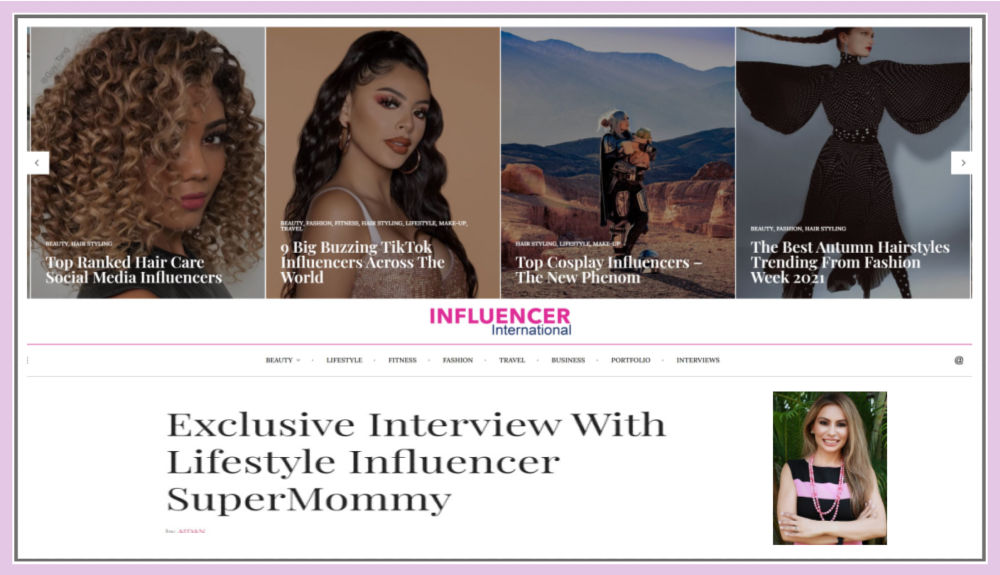 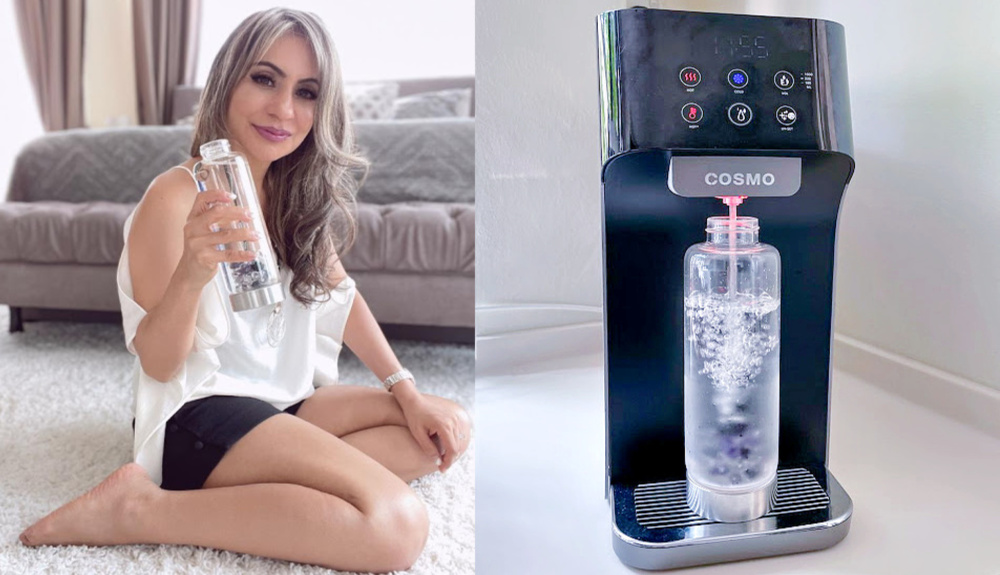 A Review of the Cosmo Quantum Water Dispenser – Is it worth it?
X